How NOT to Go After VC Funding 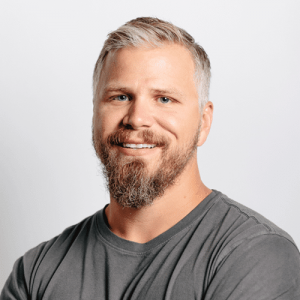 Thinking the time is right to raise VC funding and take your company to the next level? Here are four common mistakes you absolutely have to avoid.

Securing venture capital funding can be instrumental to your company’s growth and success, but handled the wrong way it can also be a recipe for disaster. OpenView Associate Ricky Pelletier sheds light on four pitfalls to avoid at all costs.

1) Seeking funding for all the wrong reasons

Ricky acknowledges that when it comes down to it, there is really only one good reason to raise funding — you’ve weighed all your options and an influx of capital (plus the value-added the right investment partner brings) is the best way to help you achieve a goal that is both:

Anything else — simply raising funding to have more capital on hand in your rainy day fund, or because a competitor just raise money, for example — may be a mistake that will ultimately hurt your company in the long run.

A common mistake many young companies make, Ricky says, is thinking of an investment as a one-time transaction, when they would be far better served to view it as bringing on board a long-term partner.
Founders should keep in mind that investors typically sit on your board, are active participants in various aspects of company’s future and growth, and should therefore you should take care to determine they are a good long-term and cultural fit.
“There’s a deal at the front end, but there’s also a secondary deal hopefully at the back end,” Ricky explains. “And there’s a lot of time in between where you have to be comfortable with the person you’re working with.” Striking a partnership with an investment should not be viewed as a zero sum game where one side wins and the other loses, a great partnership is won where all parties end up on the winning side.

3) Raising too much funding

Yes, there can be too much of a good thing, and in term of funding that can be especially dangerous. Ricky argues that in addition to diluting your ownership in the company, excessive funding can also be a “gateway mistake” that leads to other bad habits — namely, excessive spending due to too large of a safety net.
By operating as lean as possible, founders can ensure they’re building an efficient, sustainable business, and that’s something that will undoubtedly pay off in spades further down the line.

It happens. If you’re courting investors, chances are at some point you’re going to have to deal with rejection. And when you do, Ricky explains that the worst thing you can do is try to change the investors’ minds and find a way to force the deal.
Instead, when you’re turned down for funding you should take the opportunity to ask the following questions to gather the next-best thing: valuable feedback.

If you can find ways to act on that feedback and address any concerns as a result you’ll have a stronger company and be in a much better position to find the right investment partnership for you in the future.

We want to hear from you!

Are you thinking about or currently in the process of raising VC funding? What questions do you have?

Ricky Pelletier
Partner
Ricky Pelletier focuses on identifying and analyzing various market and investment opportunities. As a Partner, he works with other members of the OpenView investment team to structure and conduct diligence on new investments.
Twitter
LinkedIn
You might also like ...
Metrics & Benchmarks
Innovate, Plan, and Grow: How CFOs Operationalize SaaS Benchmarks to Stay Dynamic
Companies everywhere are reducing spending, regardless of how much runway they have. People are uncertain about the future, choosing long-term...
by Curt Townshend, Casey Renner
Metrics & Benchmarks
Benchmark Your SaaS Business Against Metrics That Matter
Every year for six years, we've surveyed, analyzed, and reported on the benchmarks that define SaaS growth in our annual...
by Curt Townshend
Metrics & Benchmarks
How Do You Stack Up?
Our team at OpenView, in partnership with Chargebee, launched the 6th annual SaaS Benchmarks Report on Monday. The report includes...
by Kyle Poyar