Staying Scrappy: How To Build And Scale High-Impact Growth Teams 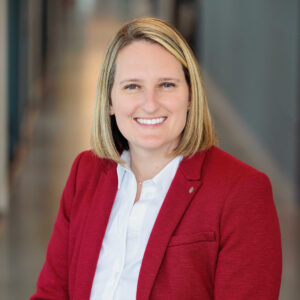 How did I end up in PLG SaaS? Looking back at the start of my career, technology and data became the main threads that I followed and wove into each job. I went from merchandising/marketing in corporate retail to marketing—and ultimately product growth—for SaaS companies. Back then, it felt like I ran my own small business inside another business. Afterward, I brought my merchandising and marketing background to e-commerce, where I was exposed to experimentation, targeting, and digital analytics.

When I first entered the tech space, product-led growth as an idea was forming, with people considering how to experiment in SaaS.

While I was at Mailchimp as the director of growth, I built out a growth practice from the ground up. Fast forward to now at MURAL, as VP of Product Growth, I’ve been scaling my teams to target problems across the org.

In every job, I grew to appreciate the value of learning how to scale up teams, and how growth can truly be leveraged even when introducing something new like PLG.

Building a growth practice at Mailchimp

In my nearly four years at Mailchimp, I was hired with an ambiguous role in the marketing org: director of marketing optimization. I didn’t have a team yet—just a blurry set of problems.

I saw how PLG and experimentation was successful in the other fast growing SaaS companies, and I wanted to bring that over with me. And Mailchimp was in the ideal state for me to create an actual, formalized growth practice. So how did we do it?

1. Find the right problem to solve

In Mailchimp’s case, the first problem was feature adoption–specifically, alerting existing users to new features and adopting them. When we peeled back the layers, we found that the company was using traditional marketing tactics to tie feature usage to retention, and ultimately revenue. Unfortunately, they were not gaining the traction we were hoping to see.

As the director of marketing optimization, this was a prime opportunity to start from the bottom up and experiment with different hypotheses to drive engagement. Our team was responsible for shifting user perspectives to be curious about the value of these new features.

We knew it was a problem the company cared about, so we took it and worked backwards.

2. Find the underutilized features worth experimenting with

One of the first exercises I did with my new team was to apply the growth model we built to the product’s dashboard feature, which was being underutilized by users. There was sentiment coming from leadership that once you build great features, people use them. The business was focused on getting new product features developed and launched to support customer retention and growth. Everyone had been assuming that feature adoption was the opportunity, but nobody had validated that.

My team and I started scrappy. I was given the keys to mailchimp.com and our email—pretty traditional marketing-owned channels. We used what we had access to to run some experiments based on a set of hypotheses.

One of them was to take the homepage, which had been a non-targeted experience and the same for everyone, and target existing users with messaging about this brand new feature we wanted them to adopt, and see what the impact is.

It was an overwhelming success—it drove a 95% increase in adoption of our brand new landing pages feature.

3. Prove the value of your growth practice

Internally, it was rewarding to see how the experiments really won over the executive team. It also helped them buy into the idea of a growth team and experimentation processes.

That’s how my one growth team expanded into several teams, each specializing in a stage of the customer journey. They were all able to focus on an opportunity that was proved with quantitative analysis. After the activation and onboarding team came the paid conversion and monetization team. The third team was focused on retention, but thanks to our success, that gave way to other valuable growth priorities.

Having built a growth practice from the ground up at Mailchimp, I was ready for a different challenge. I had the opportunity to scale the growth practice at MURAL, a company that was just starting to implement PLG.

MURAL started out as a sales-led organization, with a strong growth mechanism focused on enterprise-level selling. But MURAL’s product is based on collaboration—and the impetus for so much of the company’s growth.

So what was MURAL really missing? A self-service engine.

When I joined the company, there was already a small growth team in the product org. My goal was to help scale the team from just a product manager, some engineers, and a designer to a full-fledged growth organization.

The first challenge I faced was, similar to Mailchimp, identifying where to focus. There are so many areas of a product-led growth strategy to optimize, but when resources are finite, decisions need to be made.

I hired an analyst to help us define the different stages in the customer journey and to build a corresponding quantitative model. What we found—just like at Mailchimp—was that activation was a huge business opportunity. At the time, Mural offered a 30-day free trial. As one of my first projects, I worked to evolve that and launch a freemium product so that we could drive distribution as a collaboration tool.

Starting with an existing team and a leadership team that was already on board with product-led growth saved us lots of time on education and evangelization. As a result, we were able to get to work and move quickly.

We scaled the team to four teams working across the customer journey from acquisition, activation, engagement, and monetization. One of the key issues we were tacking was how to have the sales-assisted and PLG motion work together.

These days, that’s what I’m mostly focused on—how we connect those motions so they bring out the best in each other.

Building a growth team: Who and how to hire

In my opinion, growth teams work best scrappy. There is such a thing as over-resourcing, and it’s possible to become big enough to the point where you lose your ability to act fast and pivot. Finding balance is vital—staying as small as possible while having the resources you need.​​

Related: Who Should Your First GTM Hire Be?

Oftentimes the larger you become, the harder it becomes to turn and focus on something else. Being small and quick to respond is one of the best things you can do as a PLG practice, as it ensures focus and alignment across the team.

Being able to ruthlessly prioritize can also help growth leaders strategically build out their teams. In my own experience building out growth practices from the ground up, I’ve followed this four-step framework:

The first roles I try to fill when I’m building out a new team are those who can create an analytics powerhouse. The most important thing for this role is that the individual is business-minded. Even if they have incredible analytics and data science skills, if they don’t have business acumen, they won’t be a good fit for the growth team.

The other piece is curiosity. I’m looking for someone who wants to know why things are the way they are, and who wants to look at things differently. This curiosity is what brings proactive insights about what we’re learning and seeing from data. A good fit for this role should be able to translate those insights into hypotheses that they can work with product managers to test.

2. Get the right product manager

Similar to your analyst, you want your product manager to be a data-driven decision maker. That doesn’t necessarily mean they need to write SQL themselves, but they need to ask good questions, take risks, interpret data, and create hypotheses.

When I see a resume for a growth PM, the first thing I look for is numbers. If I don’t see data on the results of their work on their resume, I’ll move on to the next candidate. Quantifiable results really are the be all, end all. In an interview, I’m ready to probe deeply about results, and an ideal candidate can field almost any follow-up questions.

3. Round out the team

After locking in a solid analyst and product manager, I recommend that growth leaders hire a designer, growth engineers, and some cross-functional marketers. It’s always a plus to hire individuals with generalist capabilities—such as people who can work outside their immediate role and also do their own research, design, or analytics.

Some of the best hires I’ve ever made were less experienced than other candidates. The other crucial part is that they were hungry and curious. Curiosity is a hard skill to teach. And with hunger, you can see it in their resume. They had this hunger to learn and make things happen. These are the best kind of people to have in the growth space.

4. Rethink how you approach problems

If the growth team is new to your organization, expect to shake things up. I’ve often had to shift the mindset not of just my own team members, but of the rest of the org. You’re not going to work like a traditional product or marketing team. You’re going to work off specific key results and business problems.

For example, I taught my team how to design sprints where we were ideating a bunch of experiments for tackling a specific problem. It wasn’t easy—I was asking them to rethink how to build a product. It’s a totally different way to approach the problem space, and as a leader, expect it to take some time for people to get bought in.

It’ll take that first win or two, by shipping experiments with statistically significant business impacts for people to really get engaged and excited. With any luck, the whole company will, too.

Lauren Schuman
VP of Product Growth
Lauren Schuman is the VP of Product Growth at MURAL, a collaborative intelligence company supporting 95% of Fortune 100 enterprises. She has over 15 years of experience scaling growth-stage eCommerce and SaaS businesses, evangelizing a “test and learn” culture that leverages data and user insights to create best-in-class digital customer experiences.
You might also like ...
Product-Led Growth
How Supermetrics Grew To €50M And Beyond
I first met the founders of Supermetrics—the hottest PLG company that you probably haven’t heard of—in the most unusual of...
by Kyle Poyar
Pricing & Positioning
How To Price Your PLG Product
You’ve heard it before, you’ll hear it again: pricing is your most powerful and most immediate lever to accelerate growth....
by Kyle Poyar, Abel Riboulot
Product-Led Growth
Your Guide to a PLG Series A
It's time to stop judging product-led companies by the same old SaaS metrics — or we’ll overlook the next Canva...
by Kyle Poyar