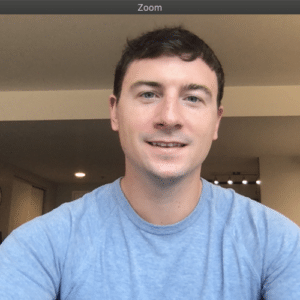 Last week, we released a report on the state of the talent market with a concentration on New York City’s hiring landscape. We surveyed almost 100 participants across the country one-third of those in NYC —consisting of executive hiring managers and recent executive hires across the B2B SaaS industry. They told us all things hiring trends and how they plan to grow their companies in 2022.

The survey results demonstrated that the hiring momentum initiated by the Great Resignation and labor shortage in 2021 will only continue throughout this year. And although this has been proven to be both a nationwide and global phenomenon, data from New York-based employees and businesses reported even stronger trends.

Given the extreme concentration of high-caliber talent and attractive employment opportunities, this discrepancy in data comes as no surprise. There’s no shortage of top talent in the city, nor of ambitious businesses, big and small, eager to recruit. One question remains: How can your organization recruit, engage, and grow high-performing people in the most competitive hiring market we’ve ever seen? Our report addressed this top-of-mind concern.

Don’t expect the demand to hire to level off anytime soon—especially at the local level. Our findings show that 64% of businesses in New York City alone said that they plan on hiring even more people this year than they did in 2021. The job seeker’s market is here to stay.

An opportunity for strategic change

It’s no secret that companies have had to re-strategize their recruitment efforts to be competitive players in this job market. What’s surprising is how businesses with innovative leadership have leveraged these challenges as opportunities.

“We use recruitment as lead generation now, which isn’t something we used to think about,” says Claudia, “Our recruiter calls a senior person in this field, who might actually be too senior for what we want, and talks to them. We tell them that we need a person that can do A, B, and C, and ask who they recommend. In the process of doing that, we’re actually introducing our company to them.”

But you don’t have to connect recruitment to your marketing funnel to have a powerful impact.

A hiring process that stands out

Innovation in hiring starts with your people and processes. Adopting ethical hiring practices helps businesses differentiate themselves to candidates. And when it’s more than likely that your favorite New York candidates are being simultaneously scouted by several of your top competitors, winning over prospects becomes more important than ever.

One way to achieve this is by simplifying the interview process down to only the most essential rounds. Candidates are confronted with more opportunities than ever—being mindful of the hoops you’re asking people to jump through demonstrates that you value their time. Besides, moving quickly decreases the chances of people pursuing other options.

According to Forrest Leighton, who recently joined PERSUIT, an OpenView portfolio company, as VP Marketing, “You can’t put people through weeks of interviews. The market is just too crazy right now.”

In this competitive market, incorporating transparency and empathy into the recruitment process, in addition to being considerate of a candidate’s time, is paramount. This can be the reason your top prospect decides to close on your offer.

Want to learn more about hiring tactics and growth strategy in the city? Download the State of SaaS Talent Market: New York City.

Steve Melia
Partner at OpenView
Steve works with OpenView portfolio companies to identify and recruit high-impact senior executives and board members. Prior to OV, Steve was a Principal at True Search, a globally retained executive search firm. At True, he led executive searches across scaling venture and private-equity backed technology companies. Steve started his career at Korn Ferry, the largest executive search firm in the world, focusing on CEO/Board and CFO searches for fortune 2000 companies.
You might also like ...
Hiring
Your Guide To Your First GTM Hire: How To Scale Your Team To Accelerate Growth
Who should be the first go-to-market (GTM) hire at an early startup? This isn’t a new question, to be sure....
by Kyle Poyar
Hiring
The Fight for Tech Talent Isn't Over—How To Pivot Your Hiring Pitch for the Market
It feels like every other day there’s a new headline about another tech company’s round of layoffs or hiring freeze....
by Steve Melia, Maggie Crean
Hiring
Talent Sourcing 101: How To Fill the Top of Your Hiring Funnel
Get ready for the long haul. In our latest 2022 State of the SaaS Talent Market report, companies are experiencing...
by Steve Melia, Maggie Crean