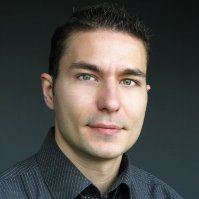 During their expansion stage, a lot of SaaS companies find themselves in a stage where the volume of their revenue and customers accounts put them far ahead of the new startup companies, but their financial infrastructure is far from being well established for successful scaling up and is far from being aligned with the company exit strategy. In previous blog posts I discussed Churn Rate, Monthly Recurring Revenue (MRR), Committed Monthly Recurring Revenue (CMRR), and Cash for the SaaS companies.

This ratio is extremely important because it indicates how long it takes for new customer accounts to pay back the initial investment used to capture them. Consequently, this ratio should be used by the SaaS companies’ management teams to determine whether they can afford to boost the S&M spending or whether they should cut them back.

To calculate the CAC ratio a company needs to take the gross margin of the annualized new revenue that it records during a given quarter, and divide it by the sales and marketing cost form the previous quarter less the account management fees. The rationale behind this calculation is that the new revenue brought by the sales and marketing spend is realized about 3 months later (due to the customer ramp up period). Also, the account management costs should not be included as they relate to the renewal and up-sell revenue rather than the new customer revenue.The formula is:

Where the difference between CMMR and New CMRR is that the latter represents only the new recurring revenue that is recorded during the given quarter and disregards the expected churn. The CAC ratio was introduced by Bessemer Venture Partners in its Winter’10 release of the Top 10 laws of cloud computing and SaaS. However, I noticed that the formula they provide is contradicting to the explanation that supplements it. I hope that this blog post clarifies the CAC ratio for you.

Konstantin Valchev
President
OnLighten
Konstantin is the President at OnLighten, which specializes in Customer Relationship Management (CRM) and business systems strategy, implementation, integration, automation, and training. He was previously an Analyst at OpenView.
LinkedIn

You might also like ...
Metrics & Benchmarks
Innovate, Plan, and Grow: How CFOs Operationalize SaaS Benchmarks to Stay Dynamic
Companies everywhere are reducing spending, regardless of how much runway they have. People are uncertain about the future, choosing long-term...
by Curt Townshend, Casey Renner
Metrics & Benchmarks
Benchmark Your SaaS Business Against Metrics That Matter
Every year for six years, we've surveyed, analyzed, and reported on the benchmarks that define SaaS growth in our annual...
by Curt Townshend
Metrics & Benchmarks
How Do You Stack Up?
Our team at OpenView, in partnership with Chargebee, launched the 6th annual SaaS Benchmarks Report on Monday. The report includes...
by Kyle Poyar