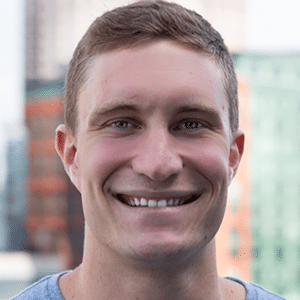 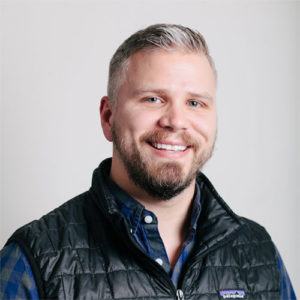 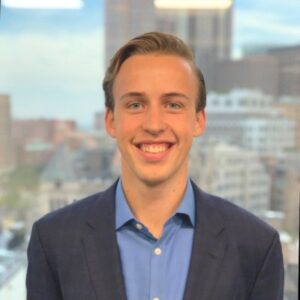 We are excited to welcome Kolide to the OpenView family as we lead their $17M Series B.

Kolide is a Boston-based company offering an IT operations platform that empowers employees to take more control over their device security. Kolide’s end user-centric approach builds trust between IT teams and employees, educates employees on security best practices, and decreases the burden on IT.

For many, COVID-19 exacerbated what was an already blurred line between our personal and professional lives. Doing laundry in between work calls while at home became common practice, as did checking personal email and/or storing photos and personal financial information on our work laptops. Many of us do this without thinking about who has access to that data until we’re forced to confront the fact that the IT and security teams at the organizations we work for have, and need, the ability to enforce changes and/or updates to our laptops from time-to-time to adhere to proper security practices. What this typically leads to is distrust between end users and IT and security teams, and ultimately, a worse security posture.

So how does this dynamic typically play out and why should you care?

If you’re an employee at an organization that uses security or IT management software, when was the last time your IT team directly asked for your permission before making a change to your laptop? Or told you why it was important for them to make that change?

The answer is most likely never, and chances are if you’re using your device for any personal reason, you might wonder what exactly IT teams had access to or what they could view on your laptop when making that change. Or you just might want to know what people are looking at on your computer, which is pretty reasonable.

To be fair—in the example above, chances are that someone on the IT team probably did try to contact you about updating your computer’s OS or deleting a file from your computer. They probably weren’t snooping around your computer for no reason. In all likelihood, the IT team received a notification that your OS was out of date and needed an update.

However, high profile incidents and breaches of trust by some of the largest tech companies have left us jaded, and at the same time, we’ve also all become experts at hitting, “remind me later” when prompted to install what might be a critical update—only to be forced to do so at the most inopportune time by a brave, overworked individual in IT or security who had tried doing their due diligence in contacting you, likely multiple times, over email.

The result of all of this? An aggravated employee and increased distrust between IT and security teams and the rest of an organization.

But before venting your frustrations at your IT and security teams, take a moment to imagine having to do something you know might frustrate someone because they haven’t done that thing themselves, even though they asked you to do it in one way or another multiple times? IT and security teams are doing their best to protect their organizations from a constant barrage of attacks using the tooling they have. And it’s likely that this process has left them feeling overwhelmed and exhausted.

But that’s exactly it: the existing tooling is the problem.

Kolide leverages the principles of Honest Security—which outlines their approach to establishing healthier relationships between end users and their IT/security partners.

Built on osquery, Kolide provides a powerful end user security platform to IT and security teams that they can use to set, track, and enforce end user device security policies in an easy and transparent manner.

Simultaneously, Kolide meets employees where they already spend a lot of working hours—in Slack. Kolide leverages Slack’s UI to interact with end users, letting them know if and when their device is in violation of any security policies, why that’s important, and how to remediate the issue(s).

In doing so, Kolide saves IT and security teams a lot of time and effort by allowing end users to remediate their own errors, and ultimately, it fosters a culture of trust and transparency between end users and security and IT teams.

Harlie Hardage, Senior Security Specialist at 1Password, said, “Honest Security is so well aligned with 1Password’s values, I wish we had written it. After seeing Kolide’s approach to security and their product, we knew it was the right solution for 1Password.” (Source: OpenView-Kolide Press Release).

We’re thrilled to partner with Jason and team, as well as our friends at Accomplice and Matrix, to help Kolide on their journey to improving end user security and transparency across organizations.

Best of all, Kolide is hiring!

You might also like ...
Portfolio Updates
OpenView Leads $18M Series A in Kintent, a Security and Compliance Trust Management Platform
We couldn’t be more excited to announce our Series A investment in Kintent, a trust management platform that helps security...
by Kaitlyn Henry
Portfolio Updates
iLife: Empowering Life Insurance Agents for the 21st Century
We are incredibly excited to welcome Nelson, Amit, and the entire iLife team to the OpenView portfolio family. At OpenView,...
by Sanjiv Kalevar
Portfolio Updates
Comet: MLOps for the Next Generation of Machine Learning