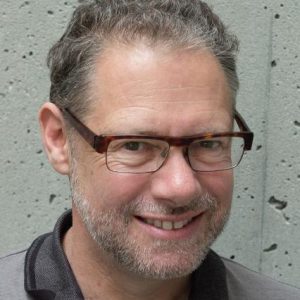 LinkedIn’s share price hit an air pocket last week. On Friday February 5 the price slumped more than 40% wiping out about US$11 billion in shareholder value. Many analysts, such as Starmine, believe it could fall further.

The immediate cause of the correction was the collision of poorer than expected US job data and slower projected growth at the company. Analysts had been expecting the economy to add 190,000 new jobs and got only 151,000 (unemployment dipped under 5% and wages were up, so the news was not all bad). LinkedIn grew only 20% in the last quarter of 2015 compared to 56% a year earlier. The company’s guidance for 2016 revenues was US$3.0-3.65 billion, significantly lower than the average analyst estimate of US$3.91 billion. It was a bad day for a company closely linked to the job market to issue disappointing guidance. Investors lashed out.

Even with this ‘correction’ many people think the stock is still overvalued. LinkedIn had been trading at 50X twelve-month forward earnings. Twitter Inc (TWTR.N) trades at 29.5 times forward earnings, Facebook Inc (FB.O) at 33.8 times and Alphabet Inc (GOOGL.O) at 20.9 times.

A collapse of this magnitude (Tableau also had a bad day dropping 50%) should cause all of us to pause and look for deeper causes. Is this more than bad luck? What can we learn that we should apply to our own companies?

LinkedIn runs three businesses. Recruiting, Sales Enablement and Professional Subscriptions. Recruiting is by far the most important of these, accounting for 63% of revenues. Professional Subscriptions (the so called Freemium model) is steadily declining as a percentage of revenue dropping to 18% last quarter. Marketing solutions, the new kid on the block, has already grown to 19%. LinkedIn also gets $107 million From its 2014 acquisition of the eLearning company Lynda. (See LinkedIn’s results).

Earlier this year LinkedIn did some serious work on its pricing and offers. Most importantly it raised prices for its flagship Recruiter offer. Pricing of this service is opaque, it ranges from about $1,000 to $9,000 per year, and average prices seem to be going up about 8% (based on my own informal survey). The company did a good job telegraphing this price increase and tying it to value on its own site and in the media. Industry reaction was muted and the value proposition is well accepted.

Pricing of other offers was simplified and generally increased.

Pricing per se does not seem to be part of LinkedIn’s problem, although it would be nice to get more transparency for LinkedIn Recruiter (pricing transparency will be the theme of a future post).

So are there deeper problems? LinkedIn’s major asset is its 414 million users and the economic graph it draws from the data it collects. Its major challenge is how to monetize that asset. One thing to remember is that the number for Monthly Active Users (MAUs) is much lower, about 25% of the total or about 100 million. Comparatively, Facebook has close to 1.6 billion.

LinkedIn’s major challenge lies with its business model. It has lost, at least for now, the competition for advertising dollars, where Google and Facebook capture almost all of the dollars. It has grown recruiting, a niche market, about as far as it can. Pricing tweaks and product innovation will bring only incremental growth, the kind of growth the company is predicting over the next couple of years.

Premium subscriptions (the Freemium model) are of declining importance and it is hard to see how to turn this around. People are now using LinkedIn for its groups and as a publishing platform as much as for job search and most people find that the free offer provides almost the value they need. Capturing edge cases will be expensive is likely to bring only incremental growth (although 10% of $3.5 billion is $350 million, which is hardly chump change).

The real question for LinkedIn, and its investors, is how to get value from the economic graph and the user base. Several possibilities come to mind.

LinkedIn is well positioned to do any of these things. It has already started down the path on helping people to enhance their careers with its US$1.5 billion acquisition of Lynda last April. At the time there was talk that it would also buy Cornerstone on Demand (current market cap US$1.5 billion) or one of the MOOC (Massive Open Online Courses) companies such as Coursera. Any of these moves makes sense at a macro level but they all suffer from the same set of problems.

What are the lessons for the rest of us?

I am optimistic about LinkedIn’s future. The economic graph is a real thing and there is a lot of value locked up in it. LinkedIn may stumble on the formula to do this. It may change strategies and open up its APIs so that other companies can help them on the way. (This would require it opening some doors into its closed garden) And even if it does not, the path to building the dominant HR and talent management company is clear (maybe they should buy Zenefits instead of Cornerstone).

Innovations on pricing and revenue models will be our focus on February 25 in Toronto when we will meet at the MaRS Discovery District for Future-Proof Your Business Model: Pricing Innovation and Monetization Summit. If you are in town I hope to see you there.

Steven Forth
Co-Founder
Ibbaka
Steven is responsible for Ibbaka’s strategic direction and key relationships. He is an expert in marketing strategy (segmentation, targeting,revenue models, pricing) human & organizational performance, learning and knowledge management. Named one of the top 10 pricing authorities in the world by OpenView, Steven has helped companies from Fortune 500 to startups drive returns and increase profits. Ibbaka.com
Twitter
LinkedIn

You might also like ...
Product-Led Growth
A New Era for PLG: Introducing the Age of Connected Work
OpenView first coined the term product-led growth (PLG) in 2016. In those six years, PLG has transformed into one of...
by Kyle Poyar, Sanjiv Kalevar, Chris Gaertner
Sales
Going Usage-Based? It’s Time to Rethink your Sales Comp
Usage-based pricing (UBP) continues its march toward becoming the dominant pricing model in SaaS. One of the thorniest topics that...
by Ben Chambers
Product-Led Growth
Inventing Product-Led Growth: How PLG Went From An Idea to the Biggest Trend In Software
Product-led growth—PLG for those in the know—has become one of the biggest trends in software seemingly overnight. Buzzwords come and...
by Kyle Poyar