Living Social’s Success Strategy – What Can We Learn From It? 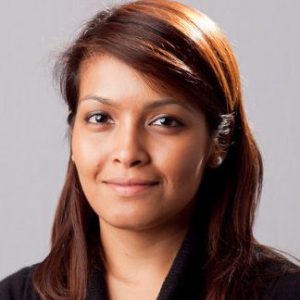 In the last few months, I have seen (and listened to) a lot of LivingSocial commercials – on TV, on my Pandora, on billboards– and I actually found some of their marketing pretty interesting. More recently, I read a blog by Michael Alexis on KissMetrics on the five simple ways LivingSocial grew its subscriber base from nothing to 30 million. The blog was based on an interview with LivingSocial co-founder Tim O’Shaughnessy. When asked about all of the buzz and his success strategy, here’s what O’Shaughnessy had to say:

Identify your customer’s pain point and see how you can solve that problem. For LivingSocial it was the whole idea of providing a deal for an experience that the consumer might have always wanted to do, or something he or she couldn’t imagine doing as it’s out of their budget, or something the consumer never even thought of doing but could be inspired to do! That was the pain point that LivingSocial was after and that is what makes it so desirable.

Connect with your users and use email to bridge that gap; email can sometimes be more effective than social media. LivingSocial offers daily deals – sending you a great new thing to do every day. It asks for your email upfront, so it taps into people who are interested. According to O’Shaughnessy, email is something that people keep open all day at work or on the phone, so if you have a good value proposition, email can be very useful in “establishing that connective tissue” with users.

Make Facebook your marketplace and its users your customer base. Facebook not only made it easier for LivingSocial to sell faster and cheaper, it also provided LivingSocial with the general location of each user. This made target marketing more efficient and allowed LivingSocial to serve its consumers better by catering to their specific needs.

Don’t hold back. With expansion stage and start up software companies, as soon as you see a model emerging for your business and you feel that you really get it, according to O’Shaughnessy, “you just need to slam the pedal down.” By this he meant growing the brand, making it more known, getting more users, and “taking these products… and really making them something that can fulfill their potential. If you are shy about things, other people will come and try to take a piece of your pie.”

To learn more about LivingSocial go to www.livingsocial.com

Faria Rahman
Co-Founder
Faria Rahman is the Co-Founder of Treemarc which, uses machine learning to make it easy for businesses to order custom packaging and product nesting in a few minutes. Previously, she was a Senior Associate at Northbridge Financial Corporation, a leading commercial property and casualty insurance management company offering a wide range of innovative solutions to Canadian businesses. Faria also worked at OpenView from 2010 to 2011 where she was part of the Market Research team.
Twitter
LinkedIn
You might also like ...
Leadership
4 Tips for Setting Your Company's Annual Rhythm