Marketing Leaders: 3 Ways To Stay Competitive In A Changing Market 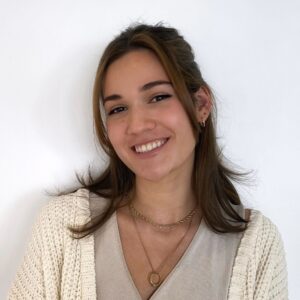 Changes in the macroeconomic environment over the past several months has impacted every corner of the business—with departments thinning out as businesses strive to keep afloat.

Across the SaaS world, marketers have experienced budget restraints, seen changes in their funnels, and have adapted to a more uncertain market all while managing expectations from business leaders and other teams.

Casey Renner, operating partner at OpenView, hosted a webinar for BUILDing Together to address these changes with marketing leaders Raj Sarkar, advisor and former CMO of 1Password, and Leigh Moore, VP of developer education and growth at Snyk.
“There’s a lot of uncertainty out there, and it’s just causing that kind of hesitance across the board,” Leigh reported.

This hesitancy has impacted every part of the marketing funnel. But not everything is all doom and gloom, as both Raj and Leigh have talked about where opportunities lie amidst the uncertainty.

What’s changed over the past few months for marketers?

The challenges of working in marketing have changed in the past year. Leads have been slow to engage, take a demo, and move forward in the process.

Another one is working with sales, as some teams may still be holding onto marketing performance expectations from six months ago. Finding ways for marketing and sales to align, problem solve, and collaborate is integral to keeping pace in a downmarket.

In her own role, Leigh has taken a solution-oriented approach.

“If it’s slower at the top of the funnel, for example, what are we going to do with the leads we do have?” she asked. “What are the things that we can control? How do we get creative and really try to engage the ones that are coming in to get them further down the funnel?”

Part of that also comes from leaders and communicating with others across the business to understand where people are—and how to move forward together.

How to communicate with stakeholders during times of uncertainty

Raj summarized the change in the market quite succinctly, saying that “Last year was about growth at all costs. This year is about value.”

His challenge has been trying to find balance between the two extremes: being cognizant of spending without canceling all long-term investments. Communicating this to a board of directors—a group that’s typically results-oriented—presents another challenge altogether.

Raj and Leigh shared three pieces of advice for aligning with your board and other stakeholders:

This hyper-fixation on value has many leaders looking to cut costs, but Raj’s strategy at 1Password has been to advocate for the importance of long-term marketing investments to the board. The difficulty comes down to communicating intangible value, such as the ROI derived down the line from brand spend.

“Setting that expectation upfront with your board and CEO is extremely important,” Raj shared. “There’s a lack of awareness and understanding in general around a lot of the intangible spend, and it’s our job as marketing leaders to educate.”

You want to communicate that a certain percentage of marketing spend will be intangible, primarily used to drive awareness. While it’s not going to offer ROI immediately, it’ll have a huge impact two or three years from now.

The issue with changes of pace at the top of your funnel is that you can’t easily attribute where the change is coming from. We can hypothesize that much of the slowdown we see today is due to market conditions, but it could also be something else entirely.

Raj suggested using industry reports, such as Iconic’s quarterly report, to get a sense of what’s happening in the market. It can also help you attribute what changes are due to forces beyond your control.

“Having references from the industry—either from peer companies or industry reports—really helps set expectations and ground performance in what’s happening outside the business,” said Leigh.

One thing that Leigh has found helpful when asking for a budget for long-term investments is emphasizing what she’s not going to do. Communicating trade-offs are an important part of your proposal.

“It’s really helpful when you can pitch something that’s really important—it might be a new budget—but also in the same conversation, highlight what you’re saying no to,” said Leigh. “That really conveys a sense of thoughtfulness and strategy around what you are asking for.”

According to Leigh, brand spend can be an interesting opportunity. But it should be analyzed on a case-by-case basis, considering both the marketing budget and comfort levels of the executive team.

“There has to be a comfort level internally to do it and know that you are not going to be able to track every metric in terms of what the impact was. Up front, there has to be alignment that that’s something everyone is comfortable doing,” she said.

Snyk ran a Boston-based brand campaign where they took over the city’s bustling South Station during the week of the Boston marathon, in addition to setting up food trucks and other field activities. As fun as it might sound, the downside is that much of the impact of these real-life initiatives cannot be tracked. Snyk’s marketing team had to be realistic and selective about what metrics they could attribute to their brand campaign.

“There were a few things we were watching and monitoring, including website traffic from this region, and we saw some really nice growth there. I think we were up 40% during that time frame,” Leigh recalled.

In addition to website traffic, the other metric they were tracking was branded search, which also saw a notable uptick during this period.

Fitting community into your marketing strategy

Everyone in the marketing space has been hung up on the concept of community: how to develop one, how to maintain one, and most importantly, why it’s so important in the first place.

According to Leigh, community is a long-term investment.

“You cannot build them overnight,” she said. “So as much as people talk about community, it’s something that you really have to work at.”

As a security platform for developers, community has been an essential part of Snyk’s go-to-market strategy from the beginning.

Snyk’s community has a presence in several places on the internet: on Discord, Twitter, Reddit, Slack—anywhere where there’s people talking about developer security. By building a presence where those conversations are already happening, Snyk makes it easy for the right people to find them.

“We’re building a community where you can use the product for free,” Leigh explained, “There’s a ton of content we’re sharing, there’s resources, there’s live one-to-many events that we’re hosting because we truly want to build a community that’s based on educating around developer security and building secure software.”

The value that members can extract from being involved in the Snyk developer community is what makes the space so authentic—and ultimately a powerful marketing tool. Members are exposed to the brand, and get a chance to develop loyalty and trust without any expectation of becoming a paying customer.

“One thing we’ve done is separate the community from the commercialization of our funnel,” Leigh said. The belief at Snyk is that providing this value for free will eventually come back around through word-of-mouth, brand love, and loyalty.

How to prioritize marketing functions

When asked about hiring for marketing teams, Raj has a well developed hierarchy of priorities. And those haven’t changed.

Raj recommends for founders to start with product marketing as the first marketing function to hire.

“First and foremost, in a very early stage in a company, some of the things you will want to know is which buyer persona to go after, what’s your messaging and positioning, and how you’re going to differentiate,” he explained.

2. Look for a cross-functional growth leader

In a lot of companies, the funnel gets bifurcated or even trifurcated across teams. “Someone in marketing is focusing on website conversion, someone in product is caring about activation, but they don’t talk to each other,” said Raj.

That’s why he recommends using a second marketing hire as a cross-functional growth leader. This person should be thinking about optimizing the funnel, finding leaks, and figuring out how to plug those holes.

Unpaid marketing channels, primarily SEO and community, may not use much of your marketing budget, but they require a significant investment of time and energy. They also take a long time—years, even—to develop before giving a return on investment.

Prioritizing someone to manage these channels early on means that you can set a solid foundation and start reaping the benefits sooner.

In response to changes she’s experienced in marketing over the past few years, Leigh has found that her priorities have shifted.

First, she emphasizes the importance of finding that marketing operations person early.

“In terms of what’s changed, that will always be one of my first hires,” she shared. Her target hire is someone who is both an ops person and a growth person. The more hats they can wear, the more valuable they become in an early-stage environment.

“Getting that initial automation and metrics in place—so you can really start baselining your business and tracking it—is critical,” she emphasized.

Her time at Snyk has also proven to her the importance of developer relations (DevRel) and community functions as essential parts of a community’s success.

“Nobody wants to hear from marketing,” she admitted. “Do they want to hear from another developer who may be on the marketing team? Yeah, they do.”

Another community-related role she recommends companies think about is the evangelist.

“Depending on who your persona is (for us, it’s developers), who is out there in the community already? Who can influence and build word-of-mouth and awareness in this genuine, people-oriented, relationship-oriented way?”

Think of evangelists as the people who’ll promote that bottom-up interest that’ll fuel your PLG motion.

Mikaela Gluck
Contributing Writer
Mikaela is contributing writer at OpenView. She specializes in writing articles for VC and product-led SaaS startups, and is dedicated to creating content that is both educational and unique.
You might also like ...
Tools & Technology
Does a Future Still Exist For Content Marketers?
Will AI-generated content put content marketers out of a job? Maybe, but not in the way many are talking about...
by Andrew Camel, Kyle Poyar
Communications & Branding
Turning Traffic Into Users: Why Branding Is Important For Product-led Growth
Product-led growth is supposed to enable the product to sell itself, so there’s really less of a need for sales...
by Kyle Poyar
Marketing
Should You Buy A Media Company?
Earlier this year Pendo acquired Mind the Product, the world’s largest destination and community for product folks. Odd, right? What...
by Kyle Poyar, Sanjiv Kalevar