Balancing Online And Offline Spaces: Building A Community Around Your PLG Product 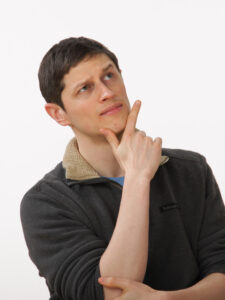 Community is a hot topic in SaaS. Having hundreds or even thousands of people passionately discussing and advocating for your product can be very enticing for businesses, especially when community members start building extensions for your product and providing help to newcomers, too.

But like all buzzwords, “community” can get thrown around so much and used as part of so many strategies that it starts to lose all meaning. It’s such a broad term, too—what exactly does a passionate community look like in SaaS? And how can you specifically tailor one to help your product-led growth (PLG) company?

To find some answers, Blake Bartlett recently spoke with Martin “Gonto” Gontovnikas on the BUILD podcast. Gonto is the co-founder of Hypergrowth Partners. He ran marketing and growth at Auth0 for seven years, which was then purchased by Okta for $6.5 billion.

Gonto discussed how to create a community of your own, what goals you should have in mind for a PLG community, and what factors to keep track of and optimize for to achieve success.

Right off the bat, Gonto stated that community building is a strong marketing tactic. In particular, community building can potentially be very cost effective because once you develop trust with users who enjoy your product, they can in turn evangelize others.

“Community, if you think about it, is a very low cut effort,” said Gonto. “Because the idea is, you start building the community, you invest some money to build it, but then the people who are there in the community will start inviting others and bringing others in the community. So it’s a key vital loop that will actually be pretty cheap in that sense.”

During the current bear market, any kind of revenue with low customer acquisition costs can be quite appealing, and community fits that bill.

You don’t even have to create your own community from scratch. Start by tapping into an existing community for a product in a similar category to yours. You’ll gain access to a wider potential audience, and show that potential audience you’re not trying to reinvent the wheel with an unnecessary, brand new meeting place.

Unless your company already has a huge user base—or your product is open source requiring its own dedicated community—it doesn’t really make sense to build your own community. Most startups will want to piggyback off an already existing one, and there are a couple of different ways to do that.

There are two different ways to latch onto another product’s community, according to Gonto: physical and online.

It might seem intimidating compared to a purely online one, but the benefits of a physical community cannot be understated. In the case of Auth0, cultivating a physical community within the existing community for Google’s new web framework AngularJS was one of the reasons for their success.

Having a physical presence at every single conference in the world for a specific, related product is crucial. Attendees will connect your face to your product, giving you the opportunity to forge real relationships with the speakers at those conferences. Having chances to network with the creators and developers of shared frameworks and libraries establishes a memorable and tangible connection between everyone.

After setting the foundation for a community in person, it makes sense to move online—and grow from there.

For the Auth0 example, managers at AngularJS began sharing content from the Auth0 blog because they’d built up those relationships. That brought more traffic to Auth0’s site, with users asking general authentication questions, and then eventually users asking specific questions about Auth0’s product. As the AngularJS community grew, Auth0’s grew right along with it.

Of course, picking which communities to tap into is not easy. You don’t want to put all your eggs in one basket, nor do you want to spread yourself too thin. What’s the ideal approach? Gonto recommended going after two communities: one that’s already established, and one that’s up and coming.

Will both, one, or neither of the communities lead to success? Gonto explained that it’s impossible to predict, but that’s why he encourages what he calls “placing bets.” Some of the communities you tap into will work out, and some won’t. The important thing is to diversify your picks and spread out the risk.

Maybe you are ready to create your own community, which means you want to cast a wide net. After all, any vibrant community would want to attract as many potential members as possible, right?

However, Gonto advised the opposite. Rather than trying to have everyone in the world sign up, he said to instead focus on smaller regions. Here are a few examples he provided to plant the seeds for your own community.

1. Cultivate physical locations where people are already talking about your product.

The software container platform Docker looked into regions in the U.S. and Europe where people were already discussing their product on social media, and they reached out to them with offers to create local communities. Docker expanded their efforts by sponsoring events with free refreshments and swag and promoted the people as local Docker experts. Those small communities eventually connected and grew into global ones.

Auth0 actively looked for people who had spoken at local meetups, but never at big conferences. They sponsored them with flights, hotels, and public speaking courses to eventually attend those bigger conferences and engage with the communities there as Auth0 advocates.

3. Find out where your potential community members are already hanging out and interact with them there.

Not all social media platforms are created equally. When it comes to Twitter, tweeting out into the void isn’t great, but that changes when you engage in threads with speakers you’ve already met at conferences. Using Discord as a community tool is fantastic, but it can take a while to sift through the many gaming and crypto communities. Using Slack—considered a more grown-up platform—can be good for some brands, but not for others.

Gonto reminded us that people don’t just join communities and conversations on a whim—they want to get something out of it. You can’t expect to barge into a community and get retweets. You have to build up social credibility, meaningful relationships, and provide incentives for participating.

Paying experts already known in a community to drum up interest in your product or answer questions about it is a great way to start, but it’s more than just throwing money at random people. Building a community requires engaging in authentic ways, so that it doesn’t end up looking like one giant financial transaction that people will quickly see through.

Community building requires a dedicated team inside your business. However, there are so many different forms that team could take. Some companies have their community team fall under a subset of marketing, some have community managers, and some have a specialized department.

Gonto said that out of the many different implementations he’s seen, one element that is unfortunately very rare but integral to a successful community is what he called the “X relations” role.

Essentially, with this role, you have someone on your community team who is also your target customer. This is someone who can engage with potential clients using the same language, who understands the same issues they do, and who can build respect by sounding like an informed colleague rather than just a salesperson or a generalist.

As far as measuring the success of your community, Gonto gave a list of KPIs to keep track of:

Scott is a contributing writer at OpenView. He works as a web and data developer at a consulting firm, creating personalized solutions for businesses through CRM integrations, customized apps, and database architecture. He is also an aspiring beekeeper.
You might also like ...
Podcast
Chris Degnan (Snowflake): Leading Your Sales Team Through The Downturn
With funding having slowed, hiring frozen, and budgets cut, SaaS sales leaders are on the hunt for advice for how...
by Mikaela Gluck
Podcast
Katie Burke (HubSpot): Leading With Clarity In An Uncertain Market
Everyone in the business world has read the headlines and felt the impact of the current market on their industries...
by Mikaela Gluck
Podcast
Listen
The When, Why, What, And How Of Adding In Enterprise Sales
John Eitel, former VP of sales at Canva, describes himself as a sales problem-solver. Having built sales orgs from the...
by Mikaela Gluck