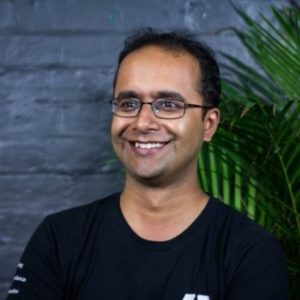 Sometimes, the best ideas come from the most unexpected places. Deputy, for instance, was a reimagining of an in-house tool that took on a life of its own once we combined the core technology with the idea of product led growth and the power of a cloud-based platform. While Deputy officially launched back in 2008, its origin story actually goes back some twenty years. I built a platform to help my future Co-founder, Steve Shelley, automate the management of his staff scheduling and time and attendance tracking.

Deputy is a global company that provides small business owners through to global enterprise and franchise operators a workforce management solution that simplifies employee scheduling, timesheets, tasking and communication. Deputy makes managing work-life easier for both business owners and their workers.

Today more than 200 million shifts have been rostered on Deputy by more than 185,000 workplaces in more than 100 countries.

It all started because Steve saw an opportunity to take our in-house tool to the rest of the world. And it all came together in a successful model when we realized how we could combine automation and people not only in our product, but also in how we sell our product.

The Catalyst – The Hybrid Product/Human Solution

The first time I worked with Steve was back in 2003. At that point, he was about ten years into building a business in the aviation industry. Over that first decade, he had grown the business from 2 people to 200. He loved the entrepreneurial aspects of what he was doing, but – as the company grew – was becoming increasingly bogged down with the manual administration of his workforce. He didn’t have time to focus on the big picture anymore.

I came on board and built an in-house version of what eventually evolved to become Deputy, and Steve was able to scale his business from 200 to 1,400 people over the next three years.

With my job done, I resigned with the intention of pursuing work with the Big Four. But then Steve came back with an idea to take our workforce management tool to the world. The rest, as they say, is history.

Interestingly, it was our experience with the aviation industry that actually led to our adoption of the product led growth philosophy at Deputy. In the early days, I traveled a lot. I flew into pretty much every runway that could accommodate a 737 or an A320. Quite often my flights were full, so I would end up in the jumpseat, that little auxiliary seat right behind the captain and first officer. From that vantage point, I realized that pilots do very little when it comes to actually flying the plane. Their main task is to engage the autopilot, which does most of the heavy lifting. In essence, pilots are a really expensive backup to guard against autopilot software failure.

This sparked an epiphany: If you can get software to perform a task, and only need people as backup when/if that software fails, you can do amazing things.

A solution that relies too much on people will never be scalable. But, if your solution is built to run on autopilot, so to speak, and you only need a human being to step in when something goes wrong, that’s a whole different situation. Not only does it offer you almost unlimited scalability, it also provides a built-in mechanism for mitigating software failures. Each time there’s a failure and a person needs to step in, you can learn why the failure happened and figure out how to fix it.

Turns out, that this product/human hybrid solution is has a name: product led growth.

The Philosophy – Why Product-led Makes Sense

Building on that initial epiphany, we developed our own take on the product-led approach to growth (PLG). The strategy made a lot of sense for us because the Sydney market, where we are based, is rather small. We needed a way to power up our brand for global domination without having a global presence on the ground.

I was personally motivated to adopt a PLG strategy because I’m an introvert who was invested in figuring out how to build a business without having to engage in too much conversation. In the early days, we adopted Homer Simpson as an avatar for our target customer. The caption on the poster read, “If something is hard to do, then it’s not worth doing.” The idea was that we wanted to create a user experience that was the opposite of hard.

I wanted to create an experience that was similar to Dropbox or Facebook. I never had to speak with anyone to use either of these products, and yet I was able to get a lot of value out of them. To make the strategy even more appealing, none of our competitors were doing anything remotely like what we were planning.

The Approach – Make the User Fall in Love

Our PLG journey was long and started with a lot of failure. Out of the first 1,000 people who signed up online, only two converted. Not a very auspicious start. But now – after we’ve experimented and optimized and iterated – our conversion rate is closer to a consistent 30 to 40 percent.

To get from 2 percent to 40 percent took a lot of growth hacking. We created a dedicated “product squad” whose sole job is to ensure that we deliver a tremendous amount of value when someone signs up. We don’t ask for a credit card because that’s like asking for someone’s hand in marriage on the first date. You just don’t do that. We don’t even ask for phone numbers because that tends to feel too intrusive. Instead, our strategy is to let people try Deputy for free and then make them fall in love with the product.

Our approach is to let the product speak for itself and create value right out of the gate, before we attempt to capture any value from the user. We make it as easy as possible for anyone to get into the software without needing any intermediary “help” from a person. Ultimately, we want the product to carry things for the first mile of the customer journey, and help create momentum before we ever have to step in with a human interaction.

That said, we do have “pilots” on the team as well – people who jump in and grab the joystick if something seems to be going wrong. Some of these pilots are actually part of the product (like automated invitations to book a demo), and some are humans from our SDR team who reach out and get involved when there’s a need.

Aside from embracing a product-led approach, the development of our growth squad was one of the biggest growth turning points for our organization. This dedicated team brings together the best people across all functions. It enables close collaboration between our best people in a variety of key roles: product manager, iOS engineer, Android engineer, web developer, etc. This team works together using all the data that we have available to increase our conversion rates using any means necessary. We even incentivize this group by basing bonuses on the percentage of increase in the conversion rate.

Each member of this team has to have a deep understanding of the product. They also have to have a growth mindset, and be willing to live by a company value that some might find shocking: perfect is BS.

Our growth squad needs to be 100 percent committed to an aggressive cadence of shipping and learning and shipping again. We are not worried about building the most perfect and beautiful onboarding flow, but we will ship something, and then we’ll learn from it so we can make it better tomorrow. The approach is basically putting hacks after hacks in order to prove a theory. We try something, shift something, maintain momentum and eventually land on the thing that works.

Early on, our growth squad settled into a cadence of nightly releases. They measured the engagement scores of the previous day’s signups, identified obstacles to the flow, and then made overnight adjustments. In some cases, this constant, fast iteration led to some really terrible mistakes, but because they all report to me, I’m able to give the team cover in those instances. That’s how we’ve managed to drive such significant growth – by constantly taking steps toward a solution that’s a little bit better than the last one, even if that process involves taking a few missteps along the way.

The product led growth mindset is a focus not only of our product and growth squad teams, but of our entire organization. In fact, while we do track the usual SaaS metrics, we put a lot of emphasis on something called “engagement score,” which refers to how someone interacts with different parts of the product. A low engagement score may be due to a complex use case or maybe the need for third-party integration. When we see a low engagement score, that triggers an inquiry into the cause, and then we can activate our “pilots” to step in as needed.

On a day-to-day basis, I focus less on revenue numbers (which I often will only review at board meetings) and more on our conversion rate. Conversion rate tells the engagement story and reflects the work of our product team and the growth squad, and that’s where the action happens.

One of the often overlooked truths about being a product-led company is that you really have to deliver value all the time. When you are relying on your product to do the heavy lifting of driving engagement and conversion, it needs to be able to deliver on whatever promises you’ve made. You need to do everything in your power—even if that means making some mistakes along the way—to constantly iterate so that you’re always improving the user experience.

If you can delight your users – providing them with a truly superb experience – they will take your product with them from company to company. They will make your product part of their personal toolkit for getting their job done. This is critical for Deputy since the market we service is hourly paid workers in hospitality, retail, healthcare, transportation, construction, education and other verticals. These people represent 60 percent of the global workforce, and we want Deputy to serve as many of them as possible. Right now, here in Sydney and also in New York, for example, you can’t walk 100 yards in any direction without bumping into a Deputy customer. That’s the kind of ubiquitous presence we want to establish all over the globe, and product-led growth is how we believe we can do that.

Ashik Ahmed
CEO, CTO & Co-Founder
Deputy
LinkedIn
You might also like ...
Product
The Ultimate Product Led Growth Resources Guide
Editor's Note: This article was first published on November 1, 2018.  Back in the the 1980s, software was sold on...
by Kyle Poyar
Product Led Growth
HubSpot's 5 Strategies for Transitioning to a Product-Led Organization

Shifting from a traditional inbound enterprise to a product led growth strategy is no easy task. Find out what HubSpot’s David Barron learned during their journey.

The end of the year typically means content calendars are full of roundup articles and trends to look out for in the new year. Check out OpenView’s top product led growth content from 2019!