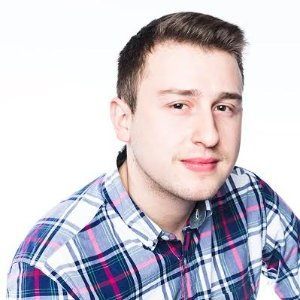 Those were just some of the adjectives that were used to describe the 2012 Boston Red Sox. Not only did the team end their season sitting in the basement of their division, worse, they had fully lost the support of the Fenway faithful. Things were looking bad on Yawkey Way. How could this happen to one of the most storied franchises in sports?

Much of the blame was put on management, poor leadership, lack of communication, and no real team chemistry. What was clear was that the Red Sox had lost touch with their fan base, and as far as anyone knew, it would be a long journey until they managed to find their way back in the good graces of Boston.

Then, something amazing happened.

The Red Sox fully rebranded themselves. Now, just one season later, the boys of summer are once again the toast of the town. How did they do it?

5 Lessons in Rebranding from the 2013 Boston Red Sox

Over the course of the season, the Red Sox organization has accomplished something remarkable, recapturing the roaring support of a stubborn, gritty, and strong-minded fan base. Of course, winning a bunch of games has certainly helped, but let’s take a look at some of the successful rebranding tactics the organization put into place that you can perhaps implement at your business, as well.

One of the greatest moves the Red Sox made in their rebranding efforts was trading and firing the individuals most closely associate with tarnishing the Red Sox brand. First, they got rid of the overpaid and underachieving players Josh Beckett, Carl Crawford, and Adrian Gonzalez. Not only did these individuals make the brand look bad — they would have cost the Red Sox $250 million in salaries through 2018. A valuable lesson in business: Be wary of tying your success (and disproportionate amounts of your resources) to a few rockstars. If you do notice under-performance, try to address it as soon as possible.

Secondly, the Red Sox dumped manager Bobby Valentine, who was clearly a bad fit. Valentine never seemed to develop any sort of chemistry with his players, which lead to poor results on the field due to lack of trust and  communication. Another valuable lesson: If you have poor managers who are inept at communicating or executing any real strategy you shouldn’t waste any time letting them go.

If your company has made a mistake it’s much better to admit it and try to repair the relationships that may have been damaged or broken.

At the start of the 2013 season, the Red Sox unveiled an advertising campaign admitting that they let down their fan base last season. This was quite the bold move by the organization, but it had to be done. This is often the toughest rebranding step that brands and companies have to take. Admitting you failed to your audience is never easy, but here the Red Sox executed it perfectly by putting the face of fan favorite Dustin Pedroia on the ad. Well done.

3) Be Present in the Community

After the tragedy of the Boston Marathon bombings, the Red Sox rallied around the Boston community to offer any sort of support that could raise the city’s spirit. They echoed the phrase Boston Strong, wore commemorative patches on their jerseys, invited police officers to the stadium all season long, and praised the survivors at their home games. They even hung up a 617 Red Sox jersey (the area code for the city) in their dugout every game to show their love for the city.

This year’s Red Sox team has made a committed effort to demonstrating it values the Boston community. The support and pride the organization has shown in the survivors, first responders, and the general Boston public has been quite heartwarming.

One of the major problems the 2012 Red Sox had was that there was a real lack of “likable” guys on the team. You had players who had seemingly just come for the giant contracts rather than players who came up through the farm system and genuinely wanted to be in Boston. In some ways, the franchise had become similar to its hated rival, the Yankees, in the sense that it was just hiring superstars. In other words, the team wasn’t hiring for character and cultural fit.

So for 2013 the Red Sox brought in some more personable players who appeared to be a better match. Players such as Johnny Gomes, Mike Napoli, and Cody Ross were signed, and their success has resulted in great ROI for the Sox. These players have become fan favorites over the season due to their approachability — sometimes you can even see them hanging out on Landsdowne Street after the game.

A great lesson for any company: Hire people with strong work ethic who will fit your company culture. In the long run, they will pay off and be more of a pleasure to work with.

Okay, maybe this isn’t the best advice for everyone. But seriously, there is a valuable lesson to be learned from these beloved, bearded men. Identity was found in these beards. Unruly facial hair provided the team with a sense of unity and pride. The team rallied around these beards and it has surprisingly brought the group together. Home runs and great catches are now accompanied by a quick tug of the beard. More than anything, it’s a sign of brotherhood.

The Red Sox marketing team were quick to capitalize on this phenomena and the team actually hosted a “beard night” where fans showing up to Fenway with a beard (real or fake) got in for free. It was a great move by the Red Sox to solidify the fan base right before the playoffs began. The team has also capitalized on the players’ beards by creating beard merchandise and utilizing the Twitter hashtag #GetBeard.

The takeaway for your company? Find a symbol of your culture with value and rally around it. Use it to bring everyone together under one main mission that can drive your company forward.

What else have these bearded men taught us about marketing and rebranding? Have you jumped on the Red Sox bandwagon yet?

Alex Flores
Alex is Senior Associate, Social Content Systems at Arnold Worldwide Arnold Worldwide . Alex specializes in identifying influencers for multiple brands and campaigns to create multimedia content in the form of blog posts, social extensions, and video content. Before Arnold Worldwide, Alex was a Media Business Representative at Patch.com.
You might also like ...
Startup Strategy
We Explored 3 Product Positioning and Branding Failures. Here’s What NOT to Do.

by Margaret Kelsey
Leadership
Predictable Pitfalls of Founders and How to Avoid Them
Editor's Note: This article originally appeared in People + Strategy magazine here. We have romanticized founders having their “eureka” moments, writing their...
by Alisa Cohn
Startup Strategy
The Simple Secret to Getting Ahead in Tech
A couple of weeks ago, I read a fantastic article in the Wall Street Journal about Leyla Seka’s rise through...
by George Roberts