Buy or Be Bought: The Rule of Three & How to Survive (and Thrive) in Competitive Markets 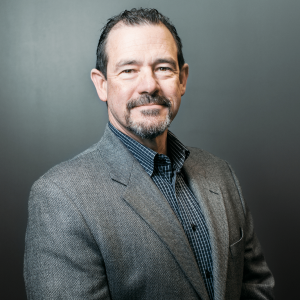 New markets and product categories are typically created by one or two first mover startups that see an opportunity, take the risk and jump in. Their initial success is quickly followed by other companies looking to capitalize on the potential. Early success, and the potential for more, entices more and more entrants into the market and before long, the market is fragmented with many companies competing with one another to grow revenues and grab market share.

According to the Rule of Three, eventually, all new markets will mature and consolidate until only a handful of major competitors control 70% to 90% of the market while niche players make up the rest. The Rule of Three was first put forward by Bruce Henderson, a thought leader and founder of The Boston Consulting Group (BCG), in The Rule of Three and Four published in 1976. In this seminal article, Henderson hypothesized that a mature competitive market has no more than three significant competitors and that any company with less than 30% market share; or, less than half the market share of the leader, was at high risk. Over 30 years later, BCG published an update to Henderson’s work where they looked at 10,000 companies from 1975 to 2009 and essentially confirmed his original hypothesis.

In 2002, Jagdish Sheth confirmed and furthered Henderson’s Rule of Three in the Competitive Markets and the Rule of Three. Based on his research of over 200 industries, Sheth found that in competitive mature markets there is only room for three full-line generalists (companies), along with several (in some markets, numerous) product or market specialists (niche players). He proposed that for companies to survive they must have at least 10% market share and, similar to BCG’s findings, the top three companies typically hover around 40%, 20% and 10% market share respectfully. Mid-sized companies with between 5% to 10% market share are in a pothole (“ditch”) and have the worst financial performance and are in the weakest competitive position. Successful companies were those furthest from the ditch. To survive, companies that fall into the “ditch” must either further specialize or gain market share through mergers.

Also in 2002, Graeme Deans from A.T. Kearney published an article in the Harvard Business Review titled The Consolidation Curve which substantiated and expanded on Henderson’s Rule of Three. Deans and his colleagues studied 1,345 large mergers over 13 years and found that all companies will go through four stages of consolidation or disappear. In the fourth stage, the top three companies in an industry will control 70% to 90% of the market. “Speed is everything and manager’s merger competence is paramount” and slower companies will become acquisition candidates or won’t survive.

A Market Destined to Consolidate

During my own career, I’ve had the opportunity to work for companies that were either the victim, or beneficiary, of the Rule of Three. One such company was Allaire Corporation which I joined shortly after they went public in 1999 at the height of the Dot-com boom. The Allaire brothers created ColdFusion which, at that time, was the preeminent web development language (CFML) and application server that helped propel the growth of the Internet. From 1997 to 2000, Allaire’s revenues were growing in excess of 150% year over year. Competition in the emerging Internet content and commerce market quickly heated up and by the middle of 2000, the company was facing stiff competition from a number of Internet platform and application software companies such as IBM (WebSphere), BEA (WebLogic), Microsoft, ATG, BroadVision, Open Market, Vignette and many others. This rapidly expanding market was fragmented by numerous players and we realized that in order to survive, Allaire had to move from being a technology company providing internet development tools to a dominant provider of Internet enterprise solutions that offered a suite of applications and capabilities. If not, our tools and application server technology would continue to be commoditized as customers looked for more comprehensive solutions from our competitors.

To accomplish this, we knew we would either need to quickly acquire a number of our competitors; or, merge with a much bigger player. Allaire had already acquired a few companies and IP (Bright Tiger, Live Software – JRun, KAWA) along the way to help round out its’ technology platform; however, it would take a giant leap in order to take the company to the next level in order to compete. Although our market cap was in excess of $1.3B, most of our competitor’s valuations were even larger and the company realized that pursuing an acquisitive strategy would be very challenging. Less than six months later, in the first quarter of 2001, Macromedia acquired Allaire for $360M, ending Allaire’s run in an increasingly competitive market. By 2005, the Rule of Three continued to play out and Macromedia was acquired by Adobe Systems for $3.4B. Today, ColdFusion, the flagship product upon which Allaire was built, is still being sold even though Allaire became a casualty of a competitive market that was destined to consolidate.

Over the years, most of the major competitors Allaire faced in 2000 have also fallen victim to the Rule of Three and have been acquired by larger competitors, or gone out of business altogether. Open Market was acquired by Divine in 2001 and subsequently went bankrupt in 2003. BroadVision’s business declined dramatically after the Dot-com crash and was temporarily delisted. They’re still in business today, but with annual revenues of $13.6M in 2014 they’re a niche player with only a small fraction of the $414M of revenues they had achieved in 2000. BEA survived longer than most; but, was another casualty of the Rule of Three and was acquired by Oracle in 2008 for $8.5B (although, at that deal price, it’s hard to call them a casualty). Vignette was acquired by Open Text Corp in 2009. ATG, another major competitor of Allaire, continued to survive for some time by specializing in eCommerce solutions targeted at large enterprises and acquiring complementary companies until they were also acquired by Oracle in 2011 for $1B.

Buy or Be Bought

Another company I worked for was Nuance Communications which I joined in 2002 when they were less than $100M in revenue. Shortly before I joined Nuance they acquired the speech technology assets (primarily speech recognition and text to speech) from Lernout and Hauspie which thrust the company into what became the rapidly growing speech business. Today, Nuance has revenues just shy of $2B (FY ending September 2015) and it’s speech technology is ubiquitous in mobile devices, PCs, automobiles, consumer electronics, games, contact centers, healthcare dictation, and almost any other human to technology interface using speech.

During my time at Nuance I attended many product steering committee sessions where R&D would propose building out new features and capabilities to address the growing requirements of our customers and the market – a build versus buy approach. Timelines and costs for some of these proposals stretched out for years and millions of dollars. Instead of taking this long and painful road, we would often end up buying a competitor, or their technology (we did many asset and IP purchases over the years), to fill a gap in the product portfolio knowing full well that by acquiring companies and technology, the time to market would be much shorter, ultimately more profitable, and allow us to stay ahead of the competition.  And so we did. In the twelve years that I was at Nuance we acquired 66 companies. For the last six years of my tenure there, I was responsible for integrating the companies Nuance acquired and we were buying 8 to 10 companies a year; a staggering pace for a relatively small company. Today, Nuance is one of the top players in the speech market and the largest independent speech company in the world.

Whereas Allaire fell victim to the market influences of the Rule of Three and was acquired by a bigger fish, Nuance has (so far) used the Rule of Three as a strategic weapon to acquire competitors, consolidate the market and become one of the major competitors left standing. Only time will tell if Nuance can maintain its leadership position, or be gobbled up by an even bigger fish.

Learnings from the Rule of Three

So, for companies, big or small, in rapidly growing “hot” markets, what are the lessons learned from the Rule of Three? Simply put: buy or be bought.

For many startups and early growth companies, getting bought isn’t necessarily a bad outcome. In fact, it may be your conscious exit strategy. What better way is there than to sell your company to a bigger fish and get a nice return on investment for you and your investors and avoid the competitive battles that will ensue as the market inevitably consolidates? However, you may find that to entice a bigger fish, and get a bigger payoff, you may have to gobble up a few fish yourself along the way in order to round out your product offering, grow revenues and market share and make yourself more attractive to potential buyers.

Another option instead of selling your company, or aggressively acquiring competitors to become one of the top three, is to specialize in a niche. It may not be as exciting, nor generate the returns of the other two options; but, it may be a viable option for some. Unfortunately, unless you’re self-funded, you will likely find that your investors won’t be very tolerant of this approach. However, there are many private equity firms out there ready to invest in niche companies.

If you ultimately decide that you’re in it for the long haul and want to end up as one of the top three in the market, then beware that this path is not for the faint of heart. In addition to all the other things you need to do to grow and run a successful business (e.g. quality products, passion for your customers, committed employees, profitability) you will need to rapidly acquire and competently integrate competitors in order to gain and maintain market share and come out on top.

Larry Rowland
Founder
Larry Rowland is an acquisition integration and business consultant with 35 years of experience working with high growth technology companies to allow them to rapidly and efficiently scale. During his career, Larry has been responsible for successfully integrating the business operations of over 70 companies acquired through M&A.
LinkedIn
You might also like ...
Investor Relations
10 Best Questions To Ask Venture Capitalists Amid An Uncertain Market
The dominating force in the market right now is uncertainty. Inflation, wars, climate change, recessions—we've written before about how global...
by Casey Renner
Investor Relations
Investment Bank Overview: Working With An Advisor
Investment banks can provide a tremendous amount of value to your business. This might be most clear when it comes...
by Sam Johnson, Vinnie McSweeney
Finance & Operations
Venture Debt 101: Navigating the Fundraising Process
A common problem facing startup founders is how to adequately fund their businesses from inception through profitability. Many rely on...
by Sam Johnson, Vinnie McSweeney