Labcast: SEOmoz’s Rand Fishkin on Managing the Biggest Challenges of Your Company’s Growth 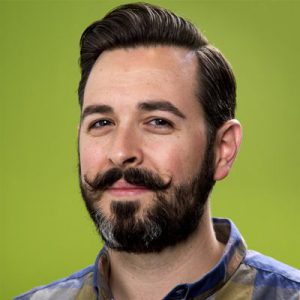 Anytime a company makes the transition from the startup phase to the expansion stage, there are going to be growing pains.

The simple truth is that as companies expand, they naturally become more complex and begin to face an entirely new set of problems. And that reality is something Rand Fishkin, the co-founder of SEOmoz, is very familiar with. Since founding one of the most popular search engine software companies online back in 2004, SEOmoz has experienced explosive growth and encountered a host of new challenges and opportunities.
The lion’s share of that growth has occurred since April 2012, when the company successfully raised $18 million in venture capital. While securing that capital was difficult in and of itself — the company tried and failed to do so for several years before succeeding — the rapid expansion that it made possible resulted in many other even greater obstacles.
In this week’s Labcast, Rand Fishkin opens up on the challenges and transitions that accompany small business growth with the transparency and candor that makes his blog such a must-read for entrepreneurs. Sharing his own experiences guiding SEOmoz from a small startup to a wildly successful software company, he outlines how the company has changed since securing its latest round of funding as well as how his own approach to leadership has evolved. In addition, he explains:

For more insight into the leadership required to guide your company through small business growth, listen to the full podcast below:
Labcast 98_ SEOmoz’s Rand Fishkin Explains the Challenges of Growing a Company
Photo by: Nitin Bhosale

Rand Fishkin
Wizard of Moz
Rand Fishkin served as Moz's CEO from 2007-2014. Today, he is an individual contributor with Moz working primarily on product and marketing, both internally and externally. He co-authored the Art of SEO from O'Reilly Media, co-founded Inbound.org, and was named on PSBJ's 40 Under 40 List and BusinessWeek's 30 Best Tech Entrepreneurs Under 30.
Twitter
LinkedIn
You might also like ...
Hiring
Your Guide To Your First GTM Hire: How To Scale Your Team To Accelerate Growth
Who should be the first go-to-market (GTM) hire at an early startup? This isn’t a new question, to be sure....
by Kyle Poyar
Hiring
The Fight for Tech Talent Isn't Over—How To Pivot Your Hiring Pitch for the Market
It feels like every other day there’s a new headline about another tech company’s round of layoffs or hiring freeze....
by Steve Melia, Maggie Crean
Culture
Your Candidates Want A Great Remote-First Culture. How Are You Creating One?
Before coming to OpenView and in the pre-pandemic times, my role was remote-first. When I told people that I worked...
by Maggie Crean