Should You Buy A Media Company? 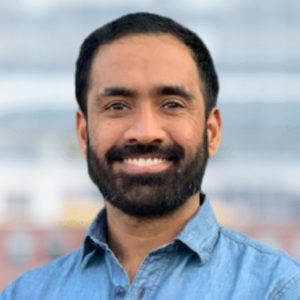 Odd, right? What does a SaaS unicorn want to do with a 20-person media and community site?

At first glance, this type of bet seems like a distraction and a sign that too much money has poured into the startup ecosystem in recent years.

But Pendo isn’t an outlier.

HubSpot Co-Founder and CTO Dharmesh Shah summed up the sentiment well. “Next-gen software companies will have a media company embedded inside,” he tweeted when HubSpot acquired The Hustle.

Along with my colleague Sanjiv Kalevar, partner at OpenView, I investigated why SaaS companies are racing to acquire media assets and how to make these acquisitions successful. Let’s dive in.

The rationale: why software companies will have a media company embedded inside

👉 Third-party media companies have cracked the code on attracting a large and highly engaged audience for very little cost.

Mind the Product reaches 300,000 product managers, designers, and developers. They manage conferences, content, newsletters, Slack groups, meetups, workshops, and more. Oh, and all of that is done with a staff of just 20. That’s hard for any SaaS company to match.

Meanwhile, unlike SaaS companies, media companies often struggle to monetize their audience on their own. The result is a win-win.

👉 Media and community can be an incredible multiplier on a PLG strategy.

In PLG businesses, you’re trying to add value for the end user and not just the executive buyer. It can be hard to reach end users with traditional growth tactics like outbound calling, paid ads, etc. That’s especially true as audiences change their content consumption behavior and competitors latch on to the same tried-and-true marketing practices.

Why not get your brand in front of where your users already hang out?

👉 Vibrant user communities help just about every function of a SaaS company.

There’s been tremendous buzz about community-led growth as an accelerator to a PLG strategy. The best companies have a vibrant community around their products (see Figma, Notion, Airtable, Webflow, etc.).

Peer communities are particularly important if you’re reaching a targeted audience (for example, a specific industry vertical or new user persona). You can play the role of educating and connecting these folks, which in turn helps nearly every function of your business.

These types of communities reach new audiences who are highly qualified because they’ve interacted with current users. They create stickiness by increasing the switching costs associated with changing vendors. And they make users more successful with adopting your product for more and more use cases.

Six insights for acquiring a media and community asset

Insight #1: These acquisitions are low-risk bets on an uncertain future

If you consider the size of the acquirer relative to the cost of the target, one thing becomes clear: these are relatively low-risk bets. HubSpot reportedly spent $27M on buying The Hustle—a fraction of the company’s current $13B market cap (0.2% to be exact). These bets get even less risky if you pay mostly with stock rather than cash.

Big SaaS companies with billion dollar valuations can afford to treat media acquisitions as experiments and as an insurance policy against uncertain future outcomes. They don’t necessarily need to build a comprehensive business case with board-approved targets in order to get the green light on an acquisition. These types of acquisitions haven’t been proven out yet among earlier stage (Seed-Series C) or more cash-constrained companies.

With that in mind, the acquisition thesis tends to be centered around go-to-market efficiency and bringing strategic hires into the company.

The alternative to buying a media asset? Building it yourself, as Shopify, Recorded Future and ProfitWell have done.

That said, building an in-house media company can be expensive, time-consuming, and failure-prone.

All of a sudden acquiring an established media property starts to look like a safer choice.

“No one’s really done this before in B2B. I don’t know if we’re really going to crack the perception of people only wanting one email per week. Will we get binging? Even if we get both of these, is there enough distribution to justify continuing the effort? These are all important questions we’ll need to figure out.” – Patrick Campbell on ProfitWell’s media strategy, February 2021

Insight #3: Get comfortable with imperfect attribution

Let me channel your CFO: how will we prove whether this acquisition generated a positive ROI?

Sure, you could point to metrics like influenced pipeline, referral traffic from the media asset, or cost per lead. But expect to be disappointed in being able to prove attribution beyond a reasonable doubt (the dark funnel strikes again!). Attribution gets even harder the more you maintain independence between the two entities.

Our suspicion: if SaaS companies could solve this attribution problem, we’d be seeing folks pay a lot more for media assets.

Just because you won’t have perfect attribution doesn’t mean you shouldn’t attempt to measure the impact of the acquisition. This should start during the diligence phase as you evaluate assets. Here’s how to de-risk an acquisition:

Insight #4: Do what it takes to keep key employees

Media properties tend to live or die on the basis of one or two key employees. These strategic “acqui-hires” are critical to continuing to innovate on the media strategy. They’re extremely influential and trusted within your target audience. And they bring new skills, DNA, and expertise to your company.

Here’s how you keep them.

You may see better results if these folks report to a neutral leader (ex: head of strategy) rather than the CMO so there’s less pressure to generate immediate pipeline.

Insight #5: When it comes to neutrality, actions speak louder than words

Independence is the lifeblood of media companies. The audience needs to believe that they’re neutral and trustworthy. If you’re buying an audience, your biggest fear is that the audience walks out the door right after the acquisition closes.

Actions speak louder than words when it comes to demonstrating independence. Is the parent company still sponsoring other communities? Have you retained the media company’s editorial team and given them creative control? Does the media asset still talk about competitors and remain open to competitor sponsorships (even if the competitors themselves decide to opt-out)?

All that said, if you look closely you’ll notice that SaaS companies find creative ways to bring the two entities together without killing the media asset. The starting point tends to be for the SaaS company to be the default sponsor for content, podcast episodes, events, and so on. It goes deeper from there. Here are three examples:

You’re buying an audience and that audience’s attention—not the content itself. It’s in your best interest to keep that audience vibrant and growing. If it’s growing, sponsors will want to keep investing and you’ll have more potential influence for your brand. Track KPIs like audience size, rate of contributions, and engagement rather than just the impact to your software business.

Consider the long-term potential here. Your media asset can meaningfully grow your addressable market by teaching your target users how to get better at their job and how technology can help them be more effective. What’s not to like about that?

Sanjiv Kalevar
Partner
Sanjiv focuses on venture and growth investments in B2B software, and is particularly interested in large legacy industries that have not or are undergoing digital transformation. Sanjiv joined OpenView as a Partner in November 2020.
You might also like ...
Communications & Branding
Turning Traffic Into Users: Why Branding Is Important For Product-led Growth
Product-led growth is supposed to enable the product to sell itself, so there’s really less of a need for sales...
by Kyle Poyar
Marketing
Efficient Growth Marketing Just Got Cool Again
From 2018 to 2021, I led marketing for Firetrace International, a profitable company. As a member of the leadership team,...
by MJ Peters
Communications & Branding
The Five Pillars for Building an Effective Community
I get a lot of questions about building a community—specifically, how I did it at OpenView. For context, I joined...
by Casey Renner