What Interviewing 600+ Sales Reps Taught Me About Team Building 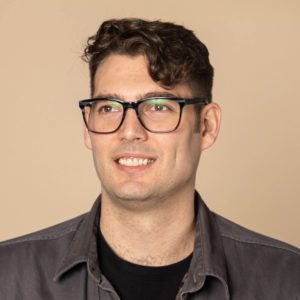 Interviewing is hard, and interviewing candidates for sales roles can be doubly so. Sales requires a mix of left- and right-brained qualities, and accurately evaluating a candidate’s skills is a challenge for hiring managers.

Why is effective interviewing so important? The true cost to a company of a bad sales hire making $50k annually can be $380k, meaning the stakes for each hire are almost 8x an individual’s salary. Hiring well or poorly will literally make or break your business.

If you’re a hiring manager having great strong hiring practices might be the difference between short-term success or failure, but will determine your career advancement over time.

Many factors can skew perception or confuse decision-making, but up-leveling interviewing is the highest yield lever to invest in when building high-performing teams. The following details some of my learnings around sales hiring and interviewing, as well as some tactical advice for candidates seeking sales roles.

Over the past five years, I’ve interviewed more than 600 candidates for various sales roles. Interviewing is a skill you never master, but I’d like to think I’ve gotten better at it over this time. Positive year-over-year trends in rep attainment, promoted reps and rep tenure point toward this conclusion. For example, of the first four reps I hired and managed directly:

*Reps with 6+ months of tenure

The area I’ve seen the most growth in is in the +36% of hires who’ve achieved a rating of “Exceeds Expectations”—I largely attribute this to an overhaul in my approach to sales interviewing.

In recent years I was the beneficiary of impactful coaching from leaders and targeted trainings to upskill interviewing, but the most impactful factor was Matt Cameron’s SaaSy Sales Management course. If your sales managers have the opportunity to attend this training, I highly recommend it. The course helped illuminate some of the non-impactful interview habits I had, and helped me address these gaps in a way that’s been additive to my team’s performance and career.

Data shows (opens PDF) the top two predictors of a new hire’s performance are 1) a work sample test and 2) structured interviews. At Loom, we’ve implemented a structured interview process ensuring all interviewers are prepped with detailed briefs, the hiring manager is able to dedicate time and thought to the effort, candidates are prepped on the process, and feedback from everyone is solicited and welcomed.

How not to interview for sales

Below are some of the interviewing pitfalls you’ll want to avoid as a hiring manager:

As a hiring manager I strive to be transparent around my team, the opportunity, and my management style so candidates can make informed decisions around joining. Early on I found my desire to be transparent was impeding my interviewing effectiveness in a way I call “leading the witness.” The way this manifested was that I’d often preface interview questions with information that allowed candidates to “game” their answer.

For example, I might say, “Grit is an essential characteristic for someone to be successful in this role. When have you had to show grit in your past?”

Unsurprisingly, no candidates said “I’m not gritty.” This was an ineffective line of questioning because I was telegraphing the thing I was testing for, and asking questions in a way that prevented me from getting a high quality answer. A better way to ask this is to say “What do you think the most important qualities are for someone in this role to embody? Tell me about a time when you’ve demonstrated these traits?” This phrasing opens up the question in a way where the candidate’s true strengths and past performance become more readily apparent to the interviewer.

“Last year I closed $725k ARR and did 103% of my annual quota” is something a candidate said in a recent interview. Three years ago, I would have checked the box of “rep exceeded quota,” internalized the $725k number, and moved forward to the offer stage. This would have been a mistake, because these numbers don’t mean much without relevant context. Why?

Quota attainment relative to peers is more telling than quota attainment in a vacuum. On a team where 85% of sales reps hit or exceed quota, quota attainment isn’t a differentiating achievement. A better question is to ask “Where did you stack against your peer reps for the last year?”, followed by “What were you doing differently than other reps that led you to higher attainment? What did the reps who finished ahead of you that propelled them to those outcomes?” These are questions that allow you to better assess differentiated sales skills, and will give you better insight into that rep’s track record and approach to sales.

Numerous studies show that diverse teams perform better than homogenous groups, so effectively recruiting members of under-represented groups and fostering a team culture that makes your team attractive to diverse candidates is a competitive differentiator.

There’s a sentiment that it’s difficult to hire diverse candidates for technology sales jobs. There may be challenges to recruiting diverse talent for specific teams or companies, but I’d like to unequivocally say that it is possible to recruit and develop diverse sales talent—not only is it the right thing to do, but your team will be stronger for it. Of the technology sales professionals I’ve hired and managed directly:

There’s a multitude of thought leadership around how to attract and develop diverse candidates at your company, but a few individuals who I found especially insightful are Michelle Y. Bess, who leads DEI efforts at Sprout Social and Albrey Brown who heads up DEI at Airtable. Michelle, Albrey, and many other experts in the DEI space can provide tactical and holistic advice around how organizations can source, hire, and retain diverse talent, starting from the language used in job postings. Additionally, sales teams looking to build more diverse teams and foster talent should consider partnering with organizations like SVAcademy to help them attract diverse candidate and build inclusive cultures. Make a concerted effort to lead from the front in the area of diversity, equity, and inclusion—you (and your teams) won’t regret it.

Candidate: “Do you need to check my references?”

Me: “No, that’s fine. Expect to receive an offer in the next two days.”

Not reference-checking sales hires was an early miss on my part. I assumed that the references people shared would all be positive, so there wasn’t much to learn from them. This turned out to be false.

Since then I’ve implemented a “three reference minimum” rule for hiring. There are a number of reasons reference checks are valuable, but chief among them are:

The first bullet is an important one, since hiring managers have such limited time and data to make an expensive decision. It’s important to make sure the data you are working with is accurate, and that you have a clear understanding of a candidate’s previous roles and responsibilities.

The second was an unexpected benefit of reference checks, and has helped me better tailor my leadership style and onboarding to a person’s specific needs. For example, on a reference call for a remote sales rep I learned the candidate was especially social and thrived with regular engagement with a team. Based on this I scheduled more virtual happy hours and team-building events to help foster the “sense of togetherness” this person thrived on. It was a valuable insight into an employee’s preferences that I might not have learned had I not spoken to the reference.

What makes a sales candidate stand out?

The candidates that stand out to me in interview settings tend to exhibit the following qualities—I’d recommend looking out for them the next time you’re interviewing a potential sales team member.

This is a big one. In my experience, the best interviews I remember are ones where candidates clearly show a “sales superpower” that sets them apart from other reps. Sometimes that superpower might be doing deep discovery in a way that helped them uncover a previously unseen opportunity, or developing incredibly loyal champions who they’ve partnered with at previous companies.

The key here is that the candidate has identified a skill that sets them apart from other candidates and has data points to back it up—it’s important to have specific deals, situations, and customers to reference that speak to their differentiator skill.

2. They show their character

Increasing research shows that sales professionals who demonstrate transparency, authenticity, and candor more easily build trust with customers which ultimately leads to greater revenue over time. My favorite sales book in recent years is Todd Caponi’s “The Transparency Sale,” which outlines this concept in more detail.

In an interview setting, I like to get a sense of who a candidate is and what their personality is like. Candidates who aren’t afraid to be themselves and have a little fun, and who build rapport before launching into past experience, stand out from other candidates.

3. They add context to data

Some of the most impactful interviews I can remember were when candidates anticipated my follow-up questions before I asked them. One rep described his quota attainment during a rough period for the company the following way:

“Last year I finished at $690K and 95% to my annual quota. Although I missed quota, my attainment put me in the top three of twenty reps during a period where the sales team finished at 72% to target globally. The factors that helped me achieve this were my continued focus on outbounding throughout the year, I did 2x the number of outbound calls against the average rep in my segment last year. One learning was not to ignore transactional deals in favor of bigger ones. I spent an outsized amount of effort on two deals in Q2 that didn’t close; I might have better spent that time executing against some of the transactional deals in my forecast.”

That’s a stellar recap with data and relevant context, and answered the three follow-up questions I’d typically ask off the bat. This candidate stood out because they anticipated what I was looking for, and blended data with relevant context to make a strong impression.

4. They do their research

“Show me you know me” is an important mantra for sales professionals, and is key to building trust with prospects. Candidates who’ve researched the company, website, the space, and the hiring manager’s background always ask more engaging questions and seem more credible than those who do not.

Candidates erode trust when they ask questions they should know the answers to at the end of an interview—my pet peeve is “So how long have you been at the company?” This question shows me a candidate hasn’t done the cursory two-minute check of my LinkedIn profile, which makes me think they’d similarly fail to prepare for client calls.

Pre-meeting research and preparation make for markedly better interviews—not doing this work ahead of time makes a candidate stand out, but likely not in the way they intended.

As I mentioned in the first paragraph, interviewing is a skill that you can never master and there’s always more to learn. It’s my sincere hope that these learnings and tactics are helpful to you, but they’re by no means a complete list of interviewing best practices. What did I miss in the above, and what are your favorite interview questions? Share them with me here or at pete@loom.com, and I’ll look to incorporate them in the next 600 sales interviews.

You might also like ...
Hiring
The CEO’s Guide to Hiring Executives—According to Someone Who Has Hired Hundreds

by Riviera Lev-Aviv
HR & Leadership
Listen
Managers Do Things Right, but Leaders Do the Right Things

For our BUILDing To Boss podcast, we sat down with board director Anne DelSanto to get her take on building deeper employee engagement.

by Casey Renner
HR & Leadership
Most Employee Surveys Are a Huge Waste of Time. So Use This Instead.

Employee loyalty is the barometer of a culture, and this is the sure way to test it.