The Network Effect: The Importance of the Viral Coefficient for SaaS Companies 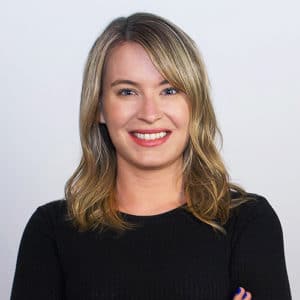 It seems like everyone wants to “go viral.” From SaaS startups to Instagram celebrities, businesses and wannabes are searching for the magic moment that will propel them into the stratosphere. But, even the founders of so-called “unicorn” companies know that magic isn’t a viable growth strategy.

There are, however, more predictable and controllable ways to harness viral and network effects. These more replicable strategies are behind the success of many of the most well-known SaaS companies. What makes these non-magic approaches so powerful is the fact that they are built on a foundation of things you can actually control: product quality, intrinsic shareability, collaboration features and so forth.

“Going viral” (aka “outbreak virality”) is not something you can engineer. It has more to do with random luck and the whims of the zeitgeist than it does with visionary innovation. The types of things that manage this kind of explosive reach—Pokemon Go and certain YouTube videos, for example—often seem to come out of nowhere and go from zero to global awareness in 60 seconds. Interestingly, the vast majority of these shooting stars tend to burn out fast, either fading into obscurity or, in some cases, becoming the punch line of future memes.

SaaS companies that want to harness the potential of the network effect in a sustainable way need to understand exactly what it is, what it isn’t and how it applies to their specific product.

The “K” Factor – What It Is and Why It Matters

Let’s start with a little context to make sure we’re speaking the same language. There’s a fair amount of confusion about what people mean when they talk about viral and network effects. We’ve already established that “outbreak” virality—which, let’s be honest, is a pretty awful term—is not something you can reliably create or even influence. So, let’s take that off the table right now.

The network idea that is more relevant to SaaS businesses focuses on something called the “K factor” or the “viral coefficient.” The viral coefficient is the number of new users generated by existing users. The formula looks like this:

So, for example, if your average user sends 10 invitations and you have a 20% conversion rate on those invitations, your viral coefficient is 2. In other words, each existing customer will generate two new customers. Obviously, when it comes to the viral coefficient, higher is better.

Another example is if each existing user sends out 15 invites, and you had a 40% conversion rate, that would give you a viral coefficient of 6. So, each user would be generating 6 new users.

Note: not all viral or network effects rely on actual invitations, some rely on sharing or word of mouth. Those aspects can stand in for invitations in the equation above.

Over time, this drives exponential growth.

Let’s look at the growth of a company with a viral coefficient of 3 over several cycles of viral growth. For this exercise, you need to factor in the number of existing customers at the beginning of the time period you’re measuring.

It’s important to only apply the conversion rate to the new users in each cycle since you can’t count on existing users to send additional invites.

It’s also important to think about the cycle time because a quicker invite cycle translates into faster growth.

Now that you have a basic understanding of the K factor, we can look at the different types of viral and network effects, how and when they apply, and some examples of companies that have put them to good use.

We love being the first one to discover the latest, greatest tool or gadget or hot spot and then share it with our friends and colleagues. This human tendency to share what we know is at the heart of word-of-mouth growth.

The key to WoM is simple: have a product that is so awesome people just can’t stop talking about it. Then—to help ensure those conversations turn into conversions—make sure your product is simple to describe (so it’s easy for current users to explain it to would-be users) and easy to find (as in, it has a memorable, unique name).

Google is a great early example of a brand that grew enormously because of WoM. Back in the day, when people were still searching on Alta Vista and Ask Jeeves, early adopters of Google’s new search engine were quick to advise others to make the switch for superior results.

Later on, as smartphones became more ubiquitous, people discovered the usefulness of Evernote for syncing notes between mobile devices and computers. Folks who were in-the-know about this fabulous new tool were quick to tell friends and co-workers about it, spreading the word and earning Evernote tons of new users.

As its name suggests, Incentivized WoM is simply WoM with the added element of a little extra something to help motivate existing users to share. This something extra might be a discount on the product itself, access to premium features, or it could be something completely separate from the product like a gift card or good, old-fashioned cash.

PayPal ran a very successful incentivized WoM campaign in its early days, giving users $10 in cash for each friend they referred. Dropbox incentivizes users to refer new customers with additional storage space. And car services like Uber and Lyft incentivize WoM with discounted or free rides.

This strategy works best when a company is able to offer an incentive to both the existing user and the new user. Payment apps sometimes do this by offering, say, “$5 to you and $5 to your friend” as part of a referral sign-up bonus. And Uber and Lyft sometimes offer discount incentives to both parties in the referral as well.

Demonstration virality is a show-don’t-tell strategy. It doesn’t require that existing users overtly recommend a product or invite others to join. Instead, users get non-users interested in a product simply by letting them see it in action.

This approach works best for products with straightforward, easy-to-grok value. Your existing user needs to be able to illustrate the “aha moment” quickly, and that moment needs to command attention. Prospective users need to immediately see and understand what’s in it for them.

Demonstration virality has also helped drive growth for non-social/non-visual brands. Existing users of car services like Uber and Lyft, for instance, are constantly demonstrating the value of these apps just by using them. Whether the existing user is coordinating a ride for a group leaving a business meeting or some friends heading home from a night out, simply using the product piques the interest of other people in the party.

The network effect comes into play when a product doesn’t have a single-player option. This means that a user won’t experience the value of the product until they invite other people in their network to get on board. Often, it also means that there’s a direct correlation between the level of value and the size of the user’s network—so, the more people you get to join up, the more value you’ll get out of the product yourself.

This approach is a perfect fit for products that either require multiple users and/or are designed to facilitate collaboration. Most meeting- and communication-related products, for example, only make sense with multiple users. You can’t use apps like Calendly, Slack, or Zoom on your own because you’re not going to send yourself a meeting invite or talk to yourself via a messaging platform.

Dropbox is another great example of a product that has seen success with the network effect. While a single user could use Dropbox to simply store files in the cloud for their own access, the beauty of the product is being able to share documents easily and remotely with colleagues.

For SaaS companies, the most advantageous application of the network effect is when a company adopts a product for use across their entire organization, making it part of their core toolset and workflows. A company that does this is effectively mandating the network effect.

Don’t Be Afraid to Mix and Match Network Growth Strategies

The best-case scenario is to be able to harness multiple viral/network methods within a single product. This multi-prong approach will allow you to double down on your efforts and drive more growth more quickly.

Calendly, for example, uses a variety of strategies to optimize their viral growth:

To take full advantage of viral and network effects in your own product growth strategy, you need to integrate supporting elements into your product from day one:

Ashley Smith
Venture Partner
Twitter
LinkedIn
You might also like ...
Product-Led Growth
Your Guide To A PLG Org
Real talk: what the heck does a best-in-class PLG org look like? It’s one of the most frequent questions I...
by Kyle Poyar
Pricing & Positioning
The PLG Startup’s Practical Guide To Positioning
Product-led or not, companies that really nail their positioning will see better product-market fit and faster growth. For product-led companies,...
by Jenna Crane
Product-Led Growth
Your Guide To AI And PLG
Jasper’s jaw-dropping Series A $125 million fundraise—at a $1.5B valuation, seemingly out of nowhere—woke many of us up to the...
by Kyle Poyar