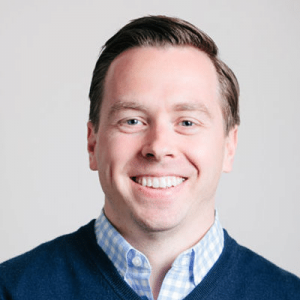 As either a key source of minimally dilutive growth funding and / or runway between equity financings, debt is an important component of the capital structure for many VC-backed startups.

Whether you’re raising your first credit line or have been working with the same lender for years, it’s important to understand how to compare venture debt offers (in very general terms, we’ll define venture debt as term financing with durations of between 3 and 5 years), either from less risk-averse venture debt funds or more conservative banks.

While not exhaustive, here are 10 items to compare across competing term sheets that should, to some extent, be up for negotiation:

What sort of turn on revenue or earnings is the lender willing to give you? It may be more than you need, or less. Sizing often ranges from ~20% to 100% of the most recent venture round.

Not only the initial rate itself, but whether floating or fixed. A lot of term sheets these days propose a spread to prime rate, which is obviously variable; if floating, understand both the reference rate and the spread. Also be sure to know if there is a minimum (aka “floor”) rate as part of the variable construct. Currently, banks tend to hover around 5-8% total rate, while more risk tolerant venture debt firms are more often in the 10-14% range.

Given the cash-burn profile of many startups, lenders are willing to forgo principal repayments for a period (broadly speaking, in exchange for upside via warrants, higher collateral, or in other ways); this can range from roughly 0 to 18 months depending on the lender and profile of the business.

For obvious reasons a longer term may be more desirable, and they generally range from 36 to 48 months.

Usually expressed as a percentage of the loan size, warrants represent the right of the bank to purchase preferred equity shares in the business — usually at a share price equal to the lower of the most recent equity round or the next equity round. If included, coverage can run from a few percentage points with banks to as high as 10 to 15% with venture debt funds.

Often banks will charge a fee on the unused portion of a credit facility (if you’ve chosen to use a revolver in addition to the term loan) as compensation for keeping the line open and assuring the borrower the funds will be there in the future at the stated contractual rate regardless of market conditions. It’s generally expressed as a small percent of the facility size and paid monthly or quarterly. These fees range from zero to a few percentage points.

Term sheets may request none, or may lay out a detailed waterfall whereby the penalty, as a percent of the loan, steps down incrementally as the pre-payment date moves closer to the maturity date (i.e. from 3% for first 12 months, to 2% in the second 12 months, and so on); typically you should expect to see 1-3% of principal. In some cases all future interest payments may be accelerated.

A material adverse change clause allows the lender to call a loan if they deem a material change (i.e. something unpredictable) in the business to have taken place that renders the company unable to repay, or more generally, significantly increases the risk assumed by the lender. Simply put, you’d rather not be subject to a MAC clause — but if you are, the goal is to narrow the scope of the clause to the extent practical.

While venture debt providers don’t usually require covenants, the more conservative bank lenders will often propose a minimum liquidity covenant (the dollar amount of working capital) and / or trailing EBITDA profit / loss thresholds that are tested quarterly; while not ideal, if the covenants are easily met than this may be a more acceptable ‘give’ than higher debt costs and other unfavorable features.

Board observer seats, rights to invest in subsequent equity rounds, requirements to keep primary depository and operating accounts with the institution (in the case of banks only) may also appear on term sheets.

Of course there are additional considerations outside of the term sheet to which many CFOs assign significant weight, especially if the offers are pretty indistinguishable otherwise. These considerations might include the reputation of the lender, speed of execution, overall ease with which to do business, flexibility during times of financial difficulty, culture of the firm / rapport with your primary contact and overall responsiveness, to name a few.

John McCullough
Partner
John works closely with OpenView’s portfolio companies to help strengthen business and corporate development activities with the aim of driving growth and strategic exits. He focuses on identifying potential strategic acquirers, facilitating engagements that result in alliance partnerships, driving M&A and capital raise outcomes, and building and maintaining relationships with the global investment banking community. Prior to joining OpenView, John was Director of Corporate Development at Rocket Software, a global enterprise software company where he drove inorganic growth initiatives and business development activities; while there he successfully executed 10 acquisitions, including public company carve-outs, stock purchases, and cross-border transactions.
LinkedIn
You might also like ...
Metrics & Benchmarks
How Do You Stack Up?
Our team at OpenView, in partnership with Chargebee, launched the 6th annual SaaS Benchmarks Report on Monday. The report includes...
by Kyle Poyar
Metrics & Benchmarks
SaaS Contribution Margin: Discover Where Your Money Maker Lies
Challenging capital markets—like the one we're in—are a call to revisit product roadmaps, analyze their profitability, and gauge their effectiveness....
by TJ Thinakaran
Product-Led Growth
Time To Refine Your Metrics: Defining Growth And Success At A PLG Company
It comes as no surprise to our OpenView audience that product-led growth (PLG) as a GTM strategy is more popular...
by Mikaela Gluck