Vision Versus Hallucination: Founders and Pivots 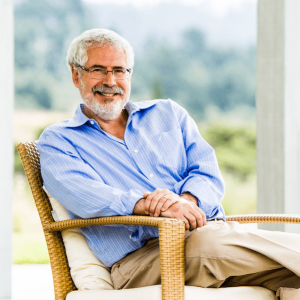 Influential serial entrepreneur-turned-educator Steve Blank explains why, for founders, knowing how to sort between vision and hallucination to pivot effectively can avoid chaos inside their startups.

A founder’s skill is knowing how to recognize new patterns and to pivot on a dime. At times the pattern is noise, and the vision turns out to be a hallucination. Knowing how to sort between vision and hallucination can avoid chaos inside your startup.

Yuri, one of my ex students, started a big-data analytics company last year. He turned his PhD thesis into a killer product, got it funded, and now was CEO of a company of 30. It was great to watch him embrace the spirit and practice of customer development. He was constantly in front of customers, listening, selling, installing and learning.

And that’s where the problem was.

I got to spend time inside his company while I was using their software to analyze early-stage ventures. What I saw reminded me of some of the best and worst things I did as a founder.

A Pivot a Week

It seemed like once a week Yuri would come back from a customer meeting brimming with new insights. “We’re building the wrong product!” he’d declare. “We got to pivot now.” Tossing their agile development process and at times their entire business model in the air, the company would go into fire-drill mode and engineering would start working on whatever his latest insight was.

Other weeks Yuri would be buffeted by the realities of his burn rate, declining bank account and depressing comments from customers. This time he’d be back in the building declaring “We’re going to be out of business in 3 months if we don’t get our act together.” I even heard him say to a customer, “If we don’t get your order we’ll just have to close up in 90 days.”

As a consequence everyone was afraid to make a decision because they couldn’t guess what Yuri wanted to do that week. Some of the engineers figuring if the founder was declaring they were toast in 90 days were updating their resumes. The company already was gaining a reputation as one without a coherent strategy.

I cringed when I saw this — it sounded like me early in my career. I would come back from customer visits convinced that what I just learned was the “real” solution to the company’s future and havoc would reign.

Unfortunately for Yuri’s company, while there were three other founders, Yuri was the CEO and none of them had the stature to tell him that his “insights” were damaging his company.

So when we had a few minutes alone I offered Yuri that he was misusing the word “pivot” and confusing it with “whatever I feel like at the moment.” I said, “You’ve got to realize you’re not just a smart engineer anymore; 30 people are dropping everything they’re doing when you make these pronouncements.”

Pivot as an excuse

I wasn’t surprised when he pushed back, “I’m just getting out of the building and listening to customers. All I’m doing is pivoting based on their feedback.”  By now I’ve heard this more times than I liked. “Yuri, one of the things that makes you a great founder is that you have insight others don’t. But like all great founders some of these insights are simply hallucinations. The problem is you and other founders want immediate action every time you have a new idea.”

“A pivot is a substantive change to one or more of components to your business model. You’re using ‘Pivot’ as an excuse to skip the hard stuff – keeping focused on your initial vision and business model and integrating what you’ve heard if and only if you think it’s a substantive improvement to your current business model. There is no possible way you can garner enough information to pivot based on one customers feedback or even 20. You need to make sure it’s a better direction than the one you are already heading in.”

Sit on it for awhile

I said, “Sit on your great insights for 72 hours and see if they still seem good after reflection. Better, during that time brainstorm them with someone you trust. If not your co-founders, someone outside the company.”

I offered that at Epiphany, my partner Ben’s office was the first place I would go when I thought I had new “insights.” And we’d run them to the ground for days before we’d even let anyone else know. Most of the time after a few days of thought, these insights were really not much better than the current course the company was on. Or by then other customers would tell us something quite different. And the rule was we weren’t changing anything about the product architecture until Ben and I agreed. Which required Ben hearing from the same customers I did.

Second, he needed to recognize that changing the value proposition – the features of the products/services he was offering – was a lot more traumatic for a startup than changing other parts of the business model.

He should make sure that there aren’t other parts of the business model (revenue model, pricing, partners, channel, etc.) that couldn’t change before he declares “we’re building the wrong product.”

In searching for product/market fit (the right match between value proposition and customer segment) the product should be the last part you think of changing – not the first – as the cost of upending your product development organization is high.

And to make sure everyone knew what he was doing, he might want to consider letting the entire company know “don’t worry when I’m talking about changing our business model every week – it’s a natural part of searching – only worry if I ask you to change the value proposition every month.”

Finally, I suggested that he find someone he respects on his advisory board, who he was comfortable brainstorming with and would tell him when he has a bad idea.

Yuri sat quietly for awhile. I wasn’t sure he had heard a thing I said, until he said “Wait 72 hours? I can do that.  Now can I call you when I have a hot new idea?

Steve Blank is a retired serial entrepreneur-turned-educator who is changing how startups are built and how entrepreneurship is being taught. He created the Customer Development methodology that launched the lean startup movement, and wrote about the process in his first book, The Four Steps to the Epiphany. His second book, The Startup Owner’s Manual, is a step-by-step guide to building a successful company.

Blank teaches the Customer Development methodology in his Lean LaunchPad classes at Stanford University, U.C. Berkeley, Columbia University and the National Science Foundation. He writes about entrepreneurship at www.steveblank.com.

Editor’s note: This guest post by Steve Blank originally appeared on his blog at www.steveblank.com.

Steve Blank
Architect I-Corps
Steve Blank is a retired serial entrepreneur-turned-educator who is changing how startups are built and how entrepreneurship is being taught. He created the Customer Development methodology that launched the Lean Startup movement, and wrote about the process in his first book, The Four Steps to the Epiphany. His second book, The Startup Owner's Manual, is a step-by-step guide to building a successful company.
Twitter
LinkedIn
You might also like ...
Finance & Operations
Venture Debt 101: Navigating the Fundraising Process
A common problem facing startup founders is how to adequately fund their businesses from inception through profitability. Many rely on...
by Sam Johnson, Vinnie McSweeney
Finance & Operations
Security and Privacy Compliance: Your Guide on Moving From Cost Center to Revenue Enabler
For SaaS companies, a strong security and compliance program isn’t just a nice-to-have—it’s essential to driving revenue. To win deals,...
by Rohma Abbas
Tech Trends
3 Security Considerations for the Age of Connected Work
At OpenView, we recently shared our vision on the next era of product-led growth. We're calling it the Age of...
by Kaitlyn Henry