What We Can Learn From Tesla And Electric Cars 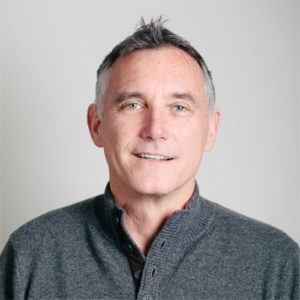 When they give out the Nobel Prize awards, they should seriously consider Elon Musk. No other person has achieved what he has: making electric cars cool.

When first displayed in the 1970s, electric cars were presented as green devices. They didn’t go very fast and you had to plug them in, but at least you weren’t burdening the atmosphere too much.

Flash forward to 2019. Elon Musk has made Telsa the electric car company. Meanwhile, at the New York auto show, every carmaker features an electric or hybrid. All are pale imitations of Tesla.

At the moment, it’s not clear in most people’s minds, so let me say it: Electric cars are the future. Just from a pure economic point of view, they are going to be the car that everyone has. Musk has done a great job of shining a bright light on it and all the car companies have moved in that direction because he’s made it a status symbol.

Taking a step back, what he’s done is amazing. Tesla isn’t the nerdy little car that tree huggers use. It’s an upscale, beautiful car and it happens to have unbelievable performance.

For that reason, I think Tesla and electric cars are going to take off over time.

Tesla’s rise comes about 100 years after the introduction of the first affordable car, the Ford Model T. Though there are some differences, the similarities are striking. The Model T was voted the Car of the Century because it was bold and created a huge societal movement.

Thanks to assembly-line production, Ford was able to produce millions and keep the price low enough to service the emerging middle class. Henry Ford made the car so that it was “so low in price that no man making a good salary will be unable to own one.” Though Ransom E. Olds created the first mass-produced car in 1901, Ford and his engineers were able to improve upon Olds’ methods.

Like Henry Ford, Elon Musk is a gadfly and his persona creates a powerful narrative for anyone looking for one. Like many visionaries before him, he’s dabbled in a few businesses. He founded PayPal then SpaceX and Tesla all within four years. Smart, connected to Silicon Valley and known for taking “moonshots,” Musk recently excited the South by Southwest audience by telling them that he planned to build a factory in Los Angeles this year that will offer commercial space flights in 2020 and aim for Mars in 2022.

Given all this, for Musk, Tesla might seem like an afterthought. But in 2017, Tesla became the world’s most valuable carmaker, lapping General Motors.

The electric car market in the 21st Century

One can see why investors are excited about Tesla. Investors look into the future to see potential opportunities, and Tesla has nailed a big one. On the one hand, you have a growing sense, even among non-green people, that the millions of tons we’re pumping into the atmosphere isn’t doing us any good.

On a numbers basis, the world is getting warmer and it’s projected to stay on that trajectory. For years, those who noticed this thought we might have to revert back to the horse-and-buggy days, but now it appears we can have our hot rods and drive them without fear that we’re ruining the earth.

Even if you think that climate change is bunk, there’s simple economics. Electric cars don’t need gas. The average American spends about $2,400 a year on gas. That’s about $46 a week. Based on a University of Michigan study, electric cars cost about half of what gas cars do to drive, which means about $23 a week to get around.

Although there are downsides to owning an electric car, like having to charge it every night, there are lots of upsides including the ability to drive without stopping for gas.

That’s reason enough for everyone to consider moving to e-cars. Now that their performance is equal or better than regular cars, what’s holding you back?

Leaders from Doist and Buffer share their best practices for addressing mental health in the workplace.

We curated a best-of list that includes links to advice on everything from setting up your home workspace, to leading remotely, to balancing childcare with work.