Why Are We Seeing Fewer Venture Capital-backed IPOs? 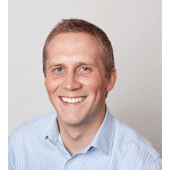 I have what many would consider an oddly-vivid memory of VC-backed IPOs in 2007. Midway through that year, I got my start as an investment analyst at a VC fund-of-funds. Within just months I had seen several portfolio companies go public, and venture investors taking a company public immediately cemented itself in my mind as the manifestation of just how great American capitalism is. Maybe it’s the delusion from all of those years I spent creating Excel masterpieces, but I can’t help — in looking back — feeling that they just don’t make VC-backed IPOs like they used to.

Turns out that’s mostly true. The number of US publicly-listed companies hit its peak of 7,607 in 1997 and has spiraled downward since, having declined nearly every year and reaching just 3,618 by the end of 2017. Different thing? Yes, but the number of new venture-backed IPOs has also sharply declined; the average number of yearly IPOs from 1993-2000 was 451, and the yearly average from 2000-2016 yielded just 108. Where has the VC-backed IPO — the banner of American capitalism — gone, and how have we let its move toward extinction happen on our watch?

Is the VC-backed IPO extinct?

Thankfully the VC-backed IPO is not as extinct as dinosaurs, and just like the most successful species to ever inhabit the earth, the VC-backed IPO has simply evolved and is thriving in the same private capital markets from which it was born. Venture investors and their portfolio companies have found lucrative exits and large capital infusions without the hassle of being a public company by way of the Growth Equity and Buyout funds that have stepped in to acquire venture-backed companies that historically would’ve gone public.

The decline in the number of publicly-listed companies has affected companies of all sizes, but Micro- and Small-cap companies have been hit hardest, having seen declines in excess of fifty percent since 1997. At the same time, the broader Private Equity market (including LBO and VC) has seen near record levels of capital commitments, and most importantly, record distribution levels. According to Cambridge Associates, VC funds have distributed over $150 billion in distributions since 2012, while Buyout and Growth Equity funds have distributed close to $900 billion during the same period.

Is the VC-backed IPO extinct? Learn why it's the end of an era for these #IPO opportunities: Click To Tweet

But why is this happening? Being a public company is very difficult, and it’s significantly more difficult today than it was just ten to fifteen years ago. The most obvious difficulties in today’s world are regulatory in nature, but other less-obvious difficulties have been the result of shifts in technology, healthcare, energy and even capital markets themselves.

Claiming to be a capitalist requires me to insert my blame for Sarbanes Oxley here. I confess that the 2002 regulation brought much-needed oversight that protects market participants against fraud, but it also brought a costly new compliance burden to public companies, and one that many private companies simply can’t afford when considering an IPO. According to PwC’s “Costs of an IPO” report, two-thirds of public company CFOs report the cost of being a public company to be between $1 million and $1.9 million annually. What’s more, the costs associated with the IPO itself are, on average, $4.2 million on top of underwriting fees. At timelines of twelve to eighteen months, both the time and money associated with IPOs require resources that many high-growth private companies simply can’t afford.

But the goal of an IPO is simply to maximize shareholder value, and to do so a company needs to attract investors that understand the company and maintain its value in the market. Technology has fundamentally changed how capital markets operate; consider how mainstream online trading platforms like eTrade, Scottrade and Ameritrade have become. They’ve taken a share of commission payments that broker/dealers traditionally used to cover the costs of research departments that provided critical educational research geared to help retail investors understand and support younger, less-mature IPO candidates. IPOs still have their place and they haven’t gone away entirely, but they’ve become more appropriate strategic raises for larger, more-established companies.

The dramatic reduction in the cost of building technology companies and of technology infrastructure itself is well-documented, but is another dynamic that has made the private markets more capable of providing the capital to reach scale without access to public markets. Together with the emergence of the secondary market for illiquid investments, in part fueled by technology, but equally fueled by the entrance of investors looking for returns that exceed those found in today’s liquid markets. Those new institutional entrants bring cash and understanding to illiquid markets, and in turn are making markets for VCs to sell companies to private investors in ways that provide viable alternatives to traditional public market exits, especially when adjusted for risk.

In the end, there’s no shortage of shifts that have occurred that together have led us to fewer public companies. Uncovering all of the reasons is well beyond the scope of my intention, and saying definitively which are right and wrong is an exercise ripe with opinion and subject to complicated layers of interpretation.

I came here simply to convince you that they don’t make VC-backed IPOs like they used to, and while the why is subject to opinion, according to the data, there really isn’t any refuting that.

Jeff Williams
VP, Products
Jeff joined Altvia in 2011 and leads Product Management and Marketing. Prior to joining Altvia, Jeff spent nearly 4 years as an Analyst and Associate sourcing and evaluating investment opportunities in venture capital funds and late-stage venture financings in private companies. He was also actively involved in the fundraising process and used AIM extensively to manage both the fundraising and investing processes. In his free time, Jeff enjoys skiing and playing golf.
LinkedIn
You might also like ...
Finance & Operations
Listen
5 Major Takeaways From the 2020 Expansion SaaS Benchmarks Report

by Dan Knight
Finance & Operations
2020 Expansion SaaS Benchmarks: Getting Back to Hyper-Growth

We’re sharing our four best pieces of advice to get back to growth.