The 3 Biggest Reasons Your Sales Team Can’t Stand You 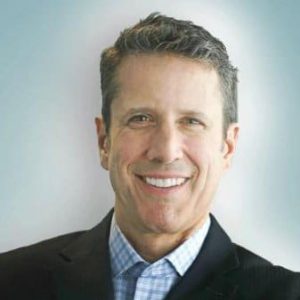 According to this Gallup Poll, bad leadership is the number one reason why people leave their jobs. More than 7,000 adults surveyed left a job to “get away from their manager.”

In sales, turnover can be as high as 40% per year – more than double the average turnover rate across all industries in the US – and can cost businesses more than $750,000 per year. With figures like these it is critical for sales leaders to develop good relationships with reps to not only motivate them to hit their quotas, but to retain them for the long term.

The problem is that many executives frustrate rather than motivate their best salespeople. This not only hurts your company’s bottom line but creates apathy that destroys team morale. In fact, a meta-analysis of 225 academic studies found that happier employees have 37% higher sales numbers. However, in companies where team members experience low engagement – or the lack of emotional connection to their employer – operating income decreases by 32.7%. If sales reps can’t stand their bosses, they’re unhappy, unengaged, and fail to add value to their company. And ultimately they’ll look for better opportunities at rival organizations.

As the CEO of Peak Sales Recruiting, we have helped companies recruit and build high-performance B2B sales teams for more than a decade. In that period, we have identified the top three reasons why your sales team can’t stand you as a boss.

1. You Constantly Change the Compensation Plan

When business leaders assume compensation is their only tool to motivate salespeople, they change the compensation plan too often. Despite the positive intention to spur revenue growth, the last thing reps want to do is try to understand another compensation plan, especially as it relates to their reward quotient.

Changing the compensation plan actually hurts performance. The lack of stability created by too many incentive shifts forces reps to hit a moving target. Constant tweaking also sparks resentments among reps with a long sales cycle because their investment in maturing sales may not payout the way they expected originally. It not only diminishes their ability to meet clear goals, it can irreparably strain the relationship between sales leaders and reps.

The best sales leaders build a complete performance management strategy that includes – but is not limited to – a well-structured compensation plan. They rely on targeted goals, coaching, and professional development to motivate salespeople to hit their numbers rather than relying on constant compensation adjustments.

A lot of senior sales executives have big egos. They micromanage reps, contributing to rising stress and resentment. According to Mike Weinberg, this attitude is the biggest detriment to a positive sales culture.

Founders and long-term leaders often exhibit this toxic behavior because they built the sales team from scratch. They’re unable to step out of the daily functioning of the team and continue to try to exert excessive control over reps.

Ironically, when toxic executives bypass sales managers and insist on their over-involvement in managing sales employees, they paralyze rather than motivate the sales team. This kind of micromanaging takes up a large portion of the sales team’s energy, which minimizes the bandwidth of reps to build relationships with prospects.

Top leaders create accountability and give sales teams the bandwidth to do their jobs. They work with managers to develop a framework for one-on-one meetings. Through real-time reporting systems, they also create a process for keeping all executives informed without taking valuable time and energy away from sales activities.

3. You Embarrass Reps Rather than Motivate Them

Publicly criticizing reps causes irreparable damage to the relationship between sales reps and their employers. The public loss of face triggers a deep sense of shame for the individual and sabotages the team. Employees who witness public shaming are likely to think, “Who is next? Will it be me?” This atmosphere of fear creates a hostile work environment that debilitates even the most successful reps.

Brene Brown, a research professor at University of Houston, summarized the impact of this kind of shame culture for Fast Company: “It crushes our tolerance for vulnerability, thereby killing engagement, innovation, creativity, productivity, and trust.”

If leaders humiliate reps at work, they shatter their potential. To support rather than limit growth, leaders need to offer corrective suggestions to their employees behind closed doors with a specific objective in mind. This constructive feedback develops trust and fosters high performance.

Understanding three of the top reasons why sales teams hate their leaders gives executives the information they need to transform their relationships with reps. By contributing to a positive relationship built on mutual respect, sales leaders motivate employees to go above and beyond at work.

A fight is breaking out in SaaS between two rival camps: sales and self-service. Learn how to create a go-to-market strategy that starts with product and seamlessly hands off from product to people.

by Kyle Poyar
Sales
Scaling Sales: What Are the Most Crucial Product Marketing Activities?

When an earlier stage company typically has a product ready to go, they feel the need to hire their first sales member. Shirin Shahin explains why the core pieces around proper sales training, alignment with product and feedback mechanisms need to be in place either before or very early as your team grows.

Email is still a great tool for every salesperson, but only if you use it the right way. Steli Efti explains how to elevate your email strategy in 2020 and beyond.