4 Things Your Worst Salespeople Can Teach You 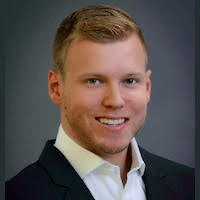 If you are a sales leader who leaves work frustrated because of the ineptitude of your sales team you are not alone. The most recent State of Sales study released by Salesforce reveals that high-performing sales teams represent a mere 20% of all sales organizations.

For leaders with aggressive growth and revenue mandates, meeting targets only half of the time isn’t good enough. It’s why the average tenure has dropped to just 18 months.

While identifying which changes need to be made to improve the performance of your sales force is a task that can take months, with deep dives into lead, pipeline, and customer segment data, there are things that can be learned from the unlikeliest of sources: your worst salespeople.

Here are the 4 things your worst salespeople can teach you:

1. Your Recruiting Process is Broken

It is time to examine three things: how this underperformer got hired in the first place; how many new hires are likely to be terminated because they possess the same skills, experiences, and psychological profile of that underperformer; and what investments need to be made to build a world-class sales hiring process.

Why invest in sales processes, training, technology, enablement, or products and services development if you’re going to hire the wrong people to take the product to market. In 2017, it is simply too costly not to invest in a best-in-class recruiting process.

Maren Donovan, CEO of Zirtual, a company that hires virtual assistants correctly stated, “We see companies don’t want to spend money to do this kind of screening but that’s counterproductive. If you’re constantly hiring the ‘wrong’ people who leave in just a few months, or who aren’t the right fit, you’ll end up spending more in the long run than if you’d just done it ‘right’ to begin with.”

The most effective sales hiring processes:

2. That You Are Tolerating Underperformance

Being an empathetic leader is critical; being too nice is detrimental. Tolerating mediocrity hurts revenues, profits, sales force morale, and raises questions about your leadership. We agree with the editors at Selling Power who laid out simple steps sales managers can use to address poor performers:

If the rep fails to make progress despite hands-on support from managers, it is important to take swift action and terminate their employment. This will benefit your bottom line, cement your standing as a strong leader and in the long run it will be the best thing for the employee who needs to find their true calling.

3. That Your Leadership Style and Playbook Needs to Change

If you have a group of people who are faltering, you must look in the mirror and ask yourself if you are doing everything you can to improve matters. And that includes changing the way you operate.

Four-time NBA Championship coach Pat Riley was the ultimate example of this. He was known for his ability to adapt his leadership style to fit his team. He won with the ‘Showtime’ Los Angeles Lakers using an unprecedented high powered offense and later with the New York Knicks and Miami Heat he became a defensive specialist.

Another great example took place a few years ago when Salesforce.com CEO Marc Benioff made a bold change to their annual executive offsite retreat to improve employee collaboration. Benioff invited all 5,000 employees to virtually attend the meeting, which was previously restricted to the top 200 executives. The event served as a catalyst for the creation of a more open and empowered culture which has helped the company become the number one CRM platform in the world.

4. That You May Need a Better Compensation Plan

To conclude, when you leave work feeling frustrated about an underperforming sales rep or team, take the time to examine how you can improve your practices personally and across the organization.

Keith Johnstone
Head of Marketing
Keith Johnstone is the Head of Marketing at Peak Sales Recruiting, a leading B2B sales recruiting company launched in 2006. Keith leads all marketing activities and has successfully grown revenue and lead volume every quarter. He plays a key role in driving Peak Sales Recruiting which leads the industry with a success rate 50% higher than the industry average, working with a wide-range of clients including boutique, mid-size and world-class companies including P&G, Gartner, Deloitte, Merck, Taser and others.
Twitter
You might also like ...
Sales
How to Hire Enterprise Salespeople