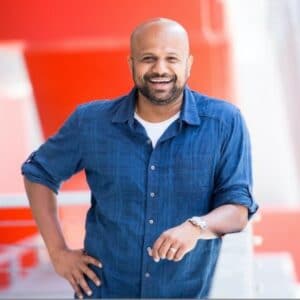 Summer is upon us, and so are the many recommendations of books that one should read. I’m a big fan of reading lists—they keep my reading queue deep and diverse. But there’s an underlying FOMO that some lists encourage.

Many lists focus on recently or about-to-be published books. The underlying assumption is that because it is current, it is correct. Or maybe that’s just my software engineer’s bias.

The idea that the latest is also correct holds in technical genres like software engineering, artificial intelligence, and the like. However, it’s hard to argue that something is genuinely new in human endeavors like leadership, politics, and business. Is the Blockchain technology unique? Perhaps. Think the Bitcoin economic phenomenon is new? Were he alive, economist John Kenneth Galbraith might withhold judgement. He would point to all the Parisian wealth created (and lost) on the promise of Louisiana gold that’s yet to be found.

This is a list of books that describes my journey, post facto, of building online software and running a company that makes such software. A story of times when I read a book that had been out for a while and regretted not reading it sooner. It’s a lesson in open-mindedness, a personal reminder to bring diversity of time in addition to subject matter and authors to my reading queue.

While it may be on-trend to make a list of 10 or seven, this list is limited to five. It’s a forcing function that brings impact and clarity to the list.

Finally, yes, this is a listicle—but my list is different. Really.

5. The Advantage by Patrick Lencioni (Published 2012)

As your company grows, your people will spend a lot of time in meetings and other group activities. Lencioni provides the Four Disciplines model to help make the most of this time. The read is short, the recommendations declarative, and the reasoning clear. His chapter on The Centrality of Great Meetings remains one of the best manuals on how to run effective meetings.

Have there been other works that have gone deeper into accountability, trust, vulnerability, and communicating with clarity? Yes. But Lencioni is writing for a specific audience. An audience that’s already on the back foot, dealing with a major cultural crises, and would love a tweet-friendly answer to their problems. For that audience, Lencioni has written a how-to manual on building a cohesive team and a self-help book on communicating as one.

From the cover to the title, Behind the Cloud is set up to be a perfect runway read. You pick it up at an airport in NYC, and by the time you touch down in LA, you’ve finished the book. I picked up the book at a used book store expecting it to be hagiographic, but Benioff delivers on the title and more.

In the book are 111 plays for building a hyper-growth SaaS startup from the SaaS founder who started it all. The chances are high that SaaS companies that have reached Salesforce’s scale follow the same pattern (regardless of whether they’re following Benioff’s advice). If you want to learn how to scale your SaaS company, start here.

The Long Tail was among the first books that described, for a general audience, how the internet was going to disrupt distribution models. A year later, in 2007, Steve Jobs made the phone your browser.

Today the book is as relevant as ever. Its explanation of the 80/20 rule remains one of the best I’ve seen. It stays away from the overly academic (and accurate) descriptions and the excessively simplistic. Fifteen years after its release, The Long Tail remains a masterpiece in statistical storytelling.

It’s the book I’ve gifted the most to anyone who’s trying to start a company. By that metric alone, it should be number one. Hooked is the first comprehensive framework I’ve read for creating habit-forming products.

Building products that scale is hard. So much has to go right and in an increasingly short amount of time. At last check, if an e-commerce site takes more than two seconds to load, it’s considered slow. That’s less than the time taken to read this sentence. Requirements like these put extraordinary pressure on a product to capture, curate, and convert customers.

Nir puts this pressure in context and provides a robust framework to tackle the challenge.

For its impact when I read it, how long ago it was published, and when I bought my first copy, this is number one. In a past life I was an IBMer, and I was inducted into its technical executive fast-track program. In my mind, it was only a matter of time before I’d be working directly with CEO Sam Palmisano, and I’d be IBM CEO designate.

That was 2002. I read the preface, and the younger, twenty-something, action-oriented, tell-me-what-I-need-to-know-fast me had no patience to read further and shelved it.

Almost 20 years later, I picked it up on a whim and found it was the prescription for any business decision-maker. A checklist for anyone who had to take in multiple, incomplete sources of information and execute a plan. This is everyone in a leadership position. The book could very well be called The Effective Professional.

Now a classic, The Effective Executive is as much a self-help book as it is a business manual. The book is a reminder that business is a human endeavor and by extension a personal enterprise.

Regret assumes there has been reflection. Reflection can also mean revision and viewing events from a narrow kaleidoscope. The regret these books portray is that of taking the stairs instead of the elevator. Learning by turning the page instead of receiving the brickbats of failure and the bruises of experience. A wish that I’d been smarter sooner.

Maybe that’s a bit too myopic.

The fact is that I read these books precisely when I was meant to read them. If the years hadn’t passed, I wouldn’t have learned the lesson needed. Lencioni’s approach to meetings without citing research would have felt hollow. So stuck I’d have been on the $6M seed capital that Benioff put into Salesforce that I would have discounted everything the book contained. Taking a product to market and scaling is hard. It matters little how you start. And Drucker’s abstract treatment of the Executive’s tasks would have felt disconnected had I not had some of those challenges myself.

If anything, this list then is a confirmation that the lessons learned were worth the effort.

Do you have five books you wish you would have read sooner? Tell me on LinkedIn.

TJ Thinakaran
Founder
EZ Texting
TJ is a founder of EZ Texting. A software engineer by training, TJ has spent two decades building teams across multiple industries, including government, automotive, and telecom. He also serves as an advisor to early stage companies in the Finance, Healthcare, and Big Data spaces. He blogs on Software, Startups, and Simplicity on tjthinakaran.blog
Twitter

You might also like ...
Hiring
A Founder's Guide To Hiring A CMO
The results are in! And unfortunately, they are not good. With the current economic situation we are in, the average...
by Harsh Jawharkar
Culture
Consistency And Clarity: How DevRel Leaders Make Inclusion A Priority
Leaders in the developer relations (DevRel) space focus on creating lively, encouraging, and valuable online communities for users of their...
by Kaitlyn Henry
Team Development
3 Ways To Prioritize Peer-To-Peer Learning In The Remote Workplace
The post-pandemic workplace—whether fully remote or hybrid—continues to present challenges for companies that want to keep employees engaged while maintaining...
by Mark Crofton