The Big Problems with Net Promoter Score: Do We Need a New “Ultimate Question”? 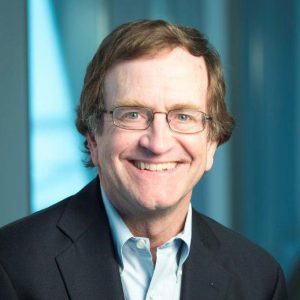 Over the past 12 years, Net Promoter Score has gradually become the standard for measuring customer loyalty and satisfaction. Built on the power of one simple question — how likely is it that you would recommend [your company] to a friend or colleague? — it’s now used by companies of all sizes in virtually every industry all over the world.

But despite its widespread adoption and incredible simplicity, some experts argue the system has flaws, and, recently, alternatives have began to surface.

We had the opportunity to ask customer service expert Bill Price to share his thoughts regarding Net Promoter Score, where it tends to fall short, and what new trends and alternatives are set to impact the way companies measure customer satisfaction and loyalty moving forward.

Net Promoter Score or NPS has been around for about 15 years. It is a simple way to get a pulse on how your customers are finding your organization, on their loyalty is how it’s specifically called by the authors of NPS. The score of NPS is a little formula and the scores range typically from about 75 or 80 down to about minus 20, that’s the lowest score that I think I’ve ever seen.

The problem is what most companies do is they stop at the point of collecting the Net Promoter Score. Let’s say they have a 36 across their company and across five regions or five operating units and they stop with that and they say, “Well, last year was a 32 so wow, we’re doing really well. We’ve come up from 32 to 36 in improvement in Net Promoter. We have a higher percentage of promoters and attractors. That’s great.”

What they miss and what really needs to be done is to dig into the reasons why the score went from 32 to 36 or in the opposite way — why it may have gone from 40 down to 30, because that is pretty damaging to the brand.

Find out the reasons why and then dig even more deeply. Go through the classic 5 Why’s of Kaizen and other types of root cause analysis and then you finally get to some key observations. That’s the first big thing to do is get down to the why’s behind the score and understand the differences from those individual points of view.

Problem #2: You Need to Be Mindful of Regional & Segment Differences

The second thing to do is to then is look at regional differences and customer segment differences, because they can be very wide. You could look at, for example, your best customers, the ones that have bought the most or added the most from an influential or social perspective and find out what their NPS is versus customers that are new, or customers that have been difficult with you and maybe they’re not as profitable for you. Figure out what the difference is in their NPS because if you have a higher NPS with your less important customers or your more difficult customers, that’s a problem because they’re not going to be influencing other people. On the other hand, if you have a higher score with your best customers,that could be a very good indicator of success.

You could look at it regionally, as I mentioned, or by divisions or across the company. We have a client we’ve been working with that has a wide variation in the NPS by division — same exact services, but the regional presidents have some different ways they can set up their organizations and their products and their pricing and so forth. But generally, it’s the same. Now, everyone is scratching their heads and we’re helping them to dig deeper by saying, “Well, why is it that the numbers range from 44 in one region, down to 18 in another region?”

Problem #3: It Tosses Out the Middle of the Pack

The third thing I would suggest is regarding the mathematics of NPS. You’re supposed to take everyone that says 10 or 9, top two boxes, and you then take everybody who gave you a score from six down through zero. That’s the classic way of doing it. You  throw out the sevens and eights. So the net promoter score is the sum total of 9s and 10s minus the sum totals of 0s through 6s.

The issue there is kind of dangerous because sixes and fives are kind of in the middle of the pack. You need to dig even more deeply to find out what’s going on there and why they gave you that score. Seven and eights could go either way, and if they are on that fence, you need to find out who they are and actually address them.

Most NPS pundits and analysts forget about them because the mathematics forgets about them. But they are very, very important. They are influencers in their own right, and they could go up to a 9 or 10, which is good. They could drop down to a lower score, which is bad. So you’ve got to figure out what is it that might motivate them, might actually give them a greater incentive to go up, meaning to give you a better score on a frequent basis, on an ongoing basis.

The last point I would mention is that NPS has to be measured much more frequently than most companies do. A lot of companies do it annually or maybe semi-annually, and that’s way too long given the high velocity in most organizations in terms of product delivery, competitive dynamics, etc. NPS needs to actually be an evergreen, ongoing analysis — preferably by segment, by region, by operating group, and going down to the line as I mentioned — rather than on an annual or semi-annual pulse check basis. I opened by saying NPS is a good pulse check. It is, but you need to figure out how the patient (your customer) is really doing.

Specifically, the way NPS was designed, it’s said that it’s correlated to and has a causal effect with increase spend/increased sales, which in turn is very tightly coupled with loyalty. However, in the last five years or so, there’s been a new wave of thinking and it’s all around customer effort and making it easier for customers to do business with you.

So with NPS you ask, “Would you recommend us to a friend?” The customer has to say, “Well, let me see, I had a certain expectation. This is what the company delivered. Yeah, I’ll give them a score of zero up to 10.” So that’s the Net Promoter Score.

In a similar vein, Customer Effort Score (CES) asks the same sort of range of a question — “How hard was it for you to sign up for our service, to upgrade to the latest release of our software, to get your home delivery completed on time and accurately if someone had to come into your home to do something?”

Sometimes, it’s asked, “How hard was it?” Other times it’s asked, “How easy was it?” but in both cases no matter what way you start it, it’s all trying to wrap around a very important concept of making it easier for customers to do business with you. That is one of the chapters in my book, Your Customer Rules!: Delivering the Me2B Experiences That Today’s Customers Demand. We found a lot of the leaders — we call them the Me2B leaders, the customer experience leaders — obsess over making things simple and easy for their customers. They also make it simple and easy for their employees to work with their customers.

By making it easy, they know it’s going to win all sorts of positive responses, either in this type of customer effort survey or maybe even in NPS. So, making things easy for customers will help the NPS, it definitely has an attachment into Customer Effort Score.

NPS, CES, or Both? The Future of Customer Experience Metrics

Some of the analysts that follow NPS and Customer Effort Score have shown through various degrees of significant proof that CES leads to significantly higher loyalty than even Net Promoter Score does. So the jury’s out between the two, but whenever we see a situation where a company is only doing NPS, we try to introduce Customer Effort. If they’re only doing Customer Effort, we want to make sure that there’s some connection into a Net Promoter type of score.

Now I’ll leave you with one little anecdote. I was speaking at a conference down in Sao Paolo, Brazil about a year ago, previewing my new book at a conference of about 300 executives. And there was a survey done before I went there about which of the companies were using Net Promoter Score and which were using Customer Effort Score, and 70% of the companies in Brazil at that time were using Customer Effort Score. Less than half were using Net Promoter Score. Many of them had dropped off of NPS and had moved over to Customer Effort. So a little anecdote but Brazil is a pretty advanced economy when it comes to customer experience and customer care, as I’m finding out. And it’s just a little bit of an indicator maybe where some of the trends are going.

Bill Price
Partner
Bill Price is a Partner at Antuit, a Big Data predictive analytics company. founded Driva Solutions, a customer service consultancy, in September 2001. He also co-founded the 10-country LimeBridge Global Alliance and the 33-company Global Operations Council (GOC). Prior to forming Driva Solutions, Bill was Amazon.com’s first Vice President of Global Customer Service. He is currently a senior advisor for OpenView and its portfolio companies.
Twitter
LinkedIn
You might also like ...
Customer Success
The Customer Success Managers' Role in a Product-Led Growth Business