Choosing the Best Sales Compensation Plan for Your Business 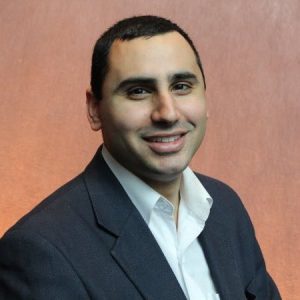 
Want to get a sales rep’s complete, undivided attention? Bring up their compensation plan. Few things have such a direct, immediate impact both on reps, personally, and on your business as a whole. It’s crucial that you get your comp plan right — not only to ensure your reps are motivated, but to ensure they’re motivated around the right activities that are truly going to move the right needle for your business. Get it wrong and your business could wind up paying the ultimate price.
How do you choose the right comp plan for your business? Yes, you can try diving into competitor research, but as sales strategy consultant Michael Hanna explains, that can often be tough since titles and other factors can vary so greatly. The best approach, Hanna advises, is to start by looking at what you’re trying to accomplish with your compensation plan, and establishing priorities and parameters to work with from there.

The Purpose of a Good Comp Plan

Before you dive in, Hanna says it’s helpful to take a few steps back first and recognize that your comp plan is one thing to you and another to your salespeople.
From company’s perspective, the comp plan exists to:

From salesperson’s perspective, the comp plan exists to:

How to Determine the Base Salary / Variable Split

With that in mind, Hanna recommends you begin laying out your comp plans by ironing out the base salary and variable compensation for each role.
First, determine the role’s base salary by assessing the following:

The higher for each, the greater the base salary will typically be.
Next, determine the variable comp based on your answers to the following questions:

Hanna provides examples of where certain sales roles may fit on the base salary / variable comp spectrum in the graph below:

Base Elements of Sales Compensation Plans

Once you have an idea of the total target compensation for the role you’ll want to determine the base elements that will drive your comp model. Hanna highlights the three most common below:

Hanna’s advice: Use a standard commission rate unless you have a compelling reason to do otherwise. It’s by far the most common for a reason. When in doubt, keep it simple.

The next decision to make is whether you want to include a floor or ceiling.

Deciding how to reward reps for over-performing is a critical element of any comp plan. Hanna breaks down three common approaches below:

How to Establish & Balance Your Comp Plan Priorities

When designing your comp plan you should always keep in mind your bigger-picture sales goals and let those guide you, Hanna says. Sales departments at SaaS companies, for example, may have a primary goal of contributing to monthly recurring revenue (MRR), but may also have a secondary goal of increasing profitability, therefore lowering the average discount.
In that scenario, Hanna explains you could formulate your comp plan around two options:

Alternatively, if you want to prioritize a goal around term length rather than profitability, you might consider the following option:

“By combining compensation modeling elements you can incentivize for secondary results without deprioritizing your primary components,” Hanna explains.

Say you have a BDR whose primary responsibility is to generate new qualified leads. That’s what you’re paying them for.
While quantity may be the primary component of their compensation, you of course also want to balance that with also incentivizing higher quality leads. How can you do it?

In the alternative approach, you have a way of maintaining the priority of the primary component — number of new qualified leads — but you’re equally emphasizing the quality of those leads.
“You do have to be careful with decelerators,” Hanna warns. “You never, ever, ever want to claw back commissions. In the case above, it would get subtracted from the next commissions.”

Looking for more tips on how to design and implement an effective sales compensation plan? Watch our free on-demand webinar Show Me the Money: Sales Compensation Plans that Won’t Fail.
Sales strategy consultant Michael Hanna shares the keys to keeping your team focused and motivated:

Get access to the full presentation video and slides here.
Photo by: Chris Potter

Michael Hanna
Founder & Principal
Michael Hanna is the Founder and Principal of Hanna Strategy Group. A well-respected business leader, entrepreneur, and speaker, he has helped dozens of start-up and expansion-stage companies achieve double and triple digit growth. He is also the Head of Canadian Sales Operations at Intuit.
Twitter
LinkedIn
You might also like ...
Sales Enablement
The First Steps of Product-Led Sales: Finding the Right Leader, Building Out Teams, and Fostering Sales Culture From Scratch
When we first started talking about product-led growth (PLG) at OpenView, a lot of rhetoric centered around how companies don’t...
by Casey Renner
Sales
Before You Announce: Planning a Successful Usage-Based Pricing Launch
This is the first in a three-part blog series on launching usage-based pricing. Check back in the coming weeks for...
by Steven Forth
Sales
Going Usage-Based? It’s Time to Rethink your Sales Comp
Usage-based pricing (UBP) continues its march toward becoming the dominant pricing model in SaaS. One of the thorniest topics that...
by Ben Chambers