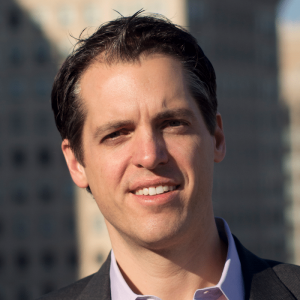 Have you ever heard the expression “the journey of a thousand miles begins with a single step”? The quote by Chinese philosopher Laozi is recited often, especially in situations where someone needs encouragement in order to reach their goals or to overcome a challenging circumstance. The quote couldn’t be more true, though, and it applies not only to areas of your personal life, such as signing up to run a marathon or eliminating some bad habit, but for sales and business professionals, goal setting and taking steps to reach those goals is just as paramount.

Sales professionals have constant goals placed over them – some that are given to them and that have serious consequences if not met, and others that sales professionals create for themselves. But setting goals and then achieving those goals, let alone exceeding them, are two entirely different things. Almost everyone is good at setting big, audacious goals. In fact, just a few weeks ago you likely set resolutions for 2016. You’ll work out more, spend more time with family, eat a more balanced diet, and read more often. But how long did that last? According to a recent Harvard Business Review article, it depends on your grit. Yes, your grit.

So how can sales professionals excel and reach the goals set before them – no matter who sets them? To summarize a recent Inc. article, goal achievers do these 5 things:

1. Have a Growth Mindset

According to Carol Dweck, Stanford psychologist and author of Mindset: The New Psychology of Success, she explains it this way: “A fixed mindset is when people believe their basic qualities, their intelligence, their talents, their abilities, are just fixed traits. They have a certain amount of skills, and that’s that. But other people have a growth mindset. They believe that even basic talents and abilities can be developed over time through experience, mentorship, and so on. And these are the people who go for it. They’re not always worried about how smart they are, how they’ll look, what a mistake will mean. They challenge themselves and grow.”

Sales professionals who are always looking for ways to get better consistently stand out from the crowd. They are the ones asking for feedback, participating in role plays, shadowing team members who are excelling in a particular area, and asking to be mentored. Sales professionals that want to be challenged and aren’t afraid to look foolish in front of their peers in the name of improvement are already preparing to excel past their goals.

Each and every day is an opportunity for sales professionals to set goals. Rather than be daunted by the massive goal coming up at quarter end or year end, think about what you want to accomplish just today or this week that will take you towards that goal.

“Setting and achieving goals isn’t about knowing how you’ll get to the end result, but about understanding the incremental steps needed to edge you closer to it,” according to Stanford psychologist Kelly McGonigal. “You can make very, very small changes that are consistent with your big goals without having to understand how you’re going to get to the endgame.”

For sales professionals, this could mean consistently having three prospect conversations a day, or securing at least two VP-level meetings each week, rather than putting off the cold calls until end of week and building up dread and fear that you won’t hit your target. Break down the big goals into smaller, more attainable steps and controllable behaviors that can be managed and executed every day. Then be sure to track progress and performance so you know the areas where you need extra focus and attention.

3. Build Accountability Into Your Life

The article goes on to make a great, in your face point. “We wouldn’t get much of anything done if it weren’t for accountability. If you don’t pay your bills on time, you’ll face late fees. If you fail to take your dog out in the morning, you’ll wind up with an unpleasant surprise on your living room floor. If you don’t prepare for a presentation, you’ll risk falling flat on your face. Those kinds of tasks have clear accountability measures, but once you get into more creative, big-picture territory, holding yourself accountable can become more elusive.”

Isn’t that so true for your personal life, let alone professional life? If it weren’t for your mortgage being due, would you ever pay it on time? Generally, but it wouldn’t be consistent. In fact, there’s an entire theory about this called Parkinson’s Law: “Work expands so as to fill the time available for its completion”. According to this law, you’ll take as much time to do a simple task as you’re given.

In practice for sales professionals, try giving yourself a set amount of time to accomplish a certain set of activities. But don’t just keep it to yourself, share it with your peers or manager for even more accountability. If you don’t reach your goal, it won’t just affect you, but others will also know. For those with grit, this accountability will drive you to achieve even more – and likely in a much shorter time period.

4. Don’t Fill Yourself With False Hope

Setting stretch goals is a common practice for sales teams – especially those that excel and work towards something great as a team, and individually. But there are also such things as impossible or unrealistic goals that can do more damage than good when not met. Don’t set out to quadruple the effort or results that you achieved last quarter if you were already working hard and achieving your goals. Instead, make incremental improvements and stretch yourself to do better in specific areas, rather than setting an overarching goal that seems impossible. This can be deflating – especially halfway through the quarter when the results aren’t coming in. What about practicing your prospecting approach? Set a goal to double the amount of prospecting activity each week, then monitor your results and continue improving.

The Inc. article explains that, “It’s easy to allow our goals to quickly outsize our realistic capabilities. Optimism is a healthy characteristic, but the danger comes in setting unrealistic expectations for what you can get done, which can set you up for feeling like a failure. Janet Polivy, psychologist at the University of Toronto, has a name for this type of unrealistic goal setting: false hope syndrome.”

5. Never Underestimate the Power of Positivity

You’ve heard the expression “think positively” a thousand times. Or how about “the glass is half full”? Thinking positively is a skill and takes time to develop, but doing so each day on the sales floor is crucial. In a recent TED Talk, Kelly McGonigal says, “It’s so uncomfortable to be in that place of self-doubt or self-criticism and guilt.” Anticipating that you’re likely to get off track or fall behind will prepare you to push ahead. It’s all about maintaining that growth mindset and grit to push forward.” There’s that word again: grit. Maintaining grit and keeping your head up, even amidst the many pitfalls and unexpected twists and turns in sales is crucial for success and reaching goals.

One way to do this, according to leadership coach Peter Bregman, “is to think in terms of focus areas rather than hard and fast goals. For example, a sales person who maintains a goal mindset might focus on winning a specific number of clients – a task that some might find daunting. Translating that goal into a focus area, on the other hand, would mean concentrating on reaching out to lots of potential clients, rather than on a number.”

Sales professionals who believe in their goals, stay positive, take small steps, measure improvements and look for ways to continually get better will be successful.

Bob Marsh
Founder & CEO
Bob Marsh is Founder and CEO of LevelEleven, a sales engagement platform used by VP's of Sales to drive their transformation into a modern sales organization. High growth companies including HubSpot, Symantec, and Rocket Fuel use LevelEleven to keep salespeople focused on the behaviors that drive revenue, and help sales managers be modern, metrics driven coaches. Bob has more than 20-years of sales and sales management experience, and prior to founding LevelEleven in 2012, Bob spent more than a decade at ePrize which went from startup to more than 400 employees during his time there. Bob lives in metro-Detroit with his wife and three children.
Twitter
LinkedIn
You might also like ...
Product
The Data-Centric AI Movement and Opportunities for the MLOps Ecosystem

“Data is the new oil,” has become somewhat of a trope in the tech community: a quippy statement to illustrate the vast amount of data in the universe…

by Kaitlyn Henry, Maor Fridman
HR & Leadership
How to Hire the Right VP of Sales for Your Startup

Sales recruiting is broken, but there is hope in finding your perfect VP of Sales. Just follow this guide.

In just five years, she’s helped grow Stripe’s sales team to about 200 folks in the U.S. and 500 globally—that’s bigger than the entire company was when she first came on board.