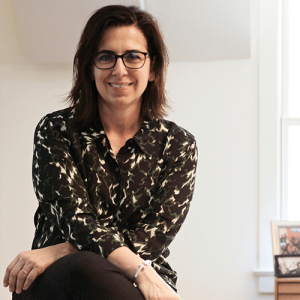 To sell or not to sell – that is the question among startup founders. As a founder and former sales leader, I get asked all the time how I decided to step back from my sales role and add a layer between me and my sales reps.

When I founded ion interactive, I just sort of organically moved into the sales role. Why not? I had a strong sales background, and who knew the product better than me?

From there, I personally sold and assisted my newly hired AEs with their deals for several years as I built a sales team, and I never had a self-imposed deadline for when I would relinquish my sales role. What I did have was a drive to hire, retain and nurture a high-performing team that would allow me to step back from running my own deals. I stopped selling gradually as I had more reps who became fully self-propelling and were managing deals entirely on their own.

Perhaps the reason it’s so difficult for founders to know when to stop selling is because many founders have been selling their entire careers. A recent study by the American Marketing Association found that more than a quarter of CEOs have a background in sales or marketing. These numbers make sense because having a leader with a strong sales – or marketing – background can be a boon to a company just starting out, since many team members at burgeoning companies have to wear multiple hats. And, since sales is what we do, it seems only logical to lead the sales team by example.

If you’re wondering whether it’s time to step back and take on a more supervisory role, here’s a few things to mull over before making the decision.

Evaluate these areas before you stop selling

When considering how long a founder should stay directly involved in sales or sales leadership, several factors come into play:

Exactly how founders participate in selling varies depending on the company, of course. Some founders are the first salesperson in their startup and keep personally selling as they grow a team. Others focus on growing the team and remove themselves from actually closing their own deals.

My love of sales kept me very close to the team even as we grew. Ever after my sales manager stepped up, I continued to lead the team, attending every weekly meeting, conducting training sessions, leading the annual and quarterly kickoffs, and sitting in on almost all the opportunity huddles. My newly appointed sales manager was my wingman, but I was driving. And, like my personal selling, gradually our roles shifted. I became his wingwoman over time, with him at the helm. It seemed like one day I had to have a hand in all the deals to some degree and then the next day contracts were coming in that I had nothing to do with, but it was a change that happened naturally, when the whole team was ready.

Anna Talerico
Co-founder
Anna is a SaaS operator who loves giving practical advice about sales, management, company culture, customer success and capital-efficiency. At her former company she led customer-facing teams which included sales, customer success, professional services and product support. When that company was acquired in 2017, she co-founded Beacon9 to help other tech companies chart their successful path forward in these same areas.
Twitter
LinkedIn
You might also like ...
Sales
How to Hire Enterprise Salespeople