How to Effectively Follow-up After Sales Meetings 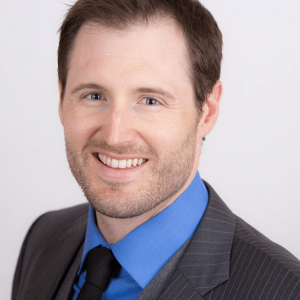 The average salesperson is losing up to 40% of their deals because they’re not following-up effectively.

After a sales meeting, do you ever experience a prospect ‘going dark’ on you? Everything felt like it should have gone great – the prospect seemed interested in the meeting, they asked the right questions, your sales pitch was stellar. And then you send 2-3 follow-ups…but no response. What went wrong?

If you treat following-up like a separate stage of the sales process instead of something you need to pave your way towards from the beginning of your relationship, your deals will get stuck in a “Qualified Awareness” stage. This is where your prospect is qualified to become a customer AND they are aware of what you do – but they don’t take action.

Sending effective follow-ups requires research, making a personal bond with your prospect, and providing real value every time you interact with them. But when you go the extra mile and follow these steps, you’ll send follow-ups that your prospect will actually engage with.

One misconception many salespeople have is that following-up stage officially starts after the sales pitch meeting. The truth is that the follow-up stage begins before you even start talking to your prospect.

The first step for a successful follow-up is to do research on your prospect before your sales pitch meeting. Doing a great job during your sales call increases the chances that your follow-up will translate to a close. Nothing turns a prospect off more than being unprepared.

I recommend having a ‘pre-call’ before your actual sales meeting with your champion to supplement your research. During this pre-call, ask:

Most companies have three or four core initiatives they’re working on at a given time. A key sales skill is to be able to map your product to one of those initiatives. Understanding what those initiatives are from an insider perspective is invaluable.

Next, look at their LinkedIn profiles to understand their experience and role, also look out for common interests that you can bring up during your meeting and follow-ups. You can even look them up on Google, Facebook or Instagram to find the key details that will help build personal rapport and build stronger relationships.

Armed with this research, not only will you have to tools to give a super-customized sales pitch but also to connect better with your prospect which enables you to send engaging follow-ups that will resonate them.

During your sales pitch, you don’t just want to ask the right questions but also want to accomplish these three steps:

During your sales pitch, show your prospect what they have to lose by not taking action. Remember, people are “loss averse” and hate losing things twice as much as they like gaining the same thing. Show them how not taking action or sticking to the status quo will hurt them.

One great way to do this is to leverage case studies and testimonials. Show them an existing customer who had a similar problem, then show them how your product solved that problem. It’s important here to bring in real results and metrics here. Your prospect will be able to see their own experiences within your existing customers’ experiences and be able to concretely envision their future success with your product.

You want to agree to next steps during your sales meeting. People like to do what they say they’ll do, especially if it’s a face-to-face meeting. Once they’ve agreed to next steps verbally, they’ll feel obligated to get back to you since they had already promised.

Establishing concrete next steps with your prospects also reaffirms your commitment to helping them solve their problem.

What does a concrete next step mean? This means establishing a clear timeline of when you’ll be able to provide them with more information about the next step (e.g. a pilot) and what you expect out of them (e.g. information on how to set up their pilot). This is effective because this creates a give-and-take relationship that’s more like a partnership between you and your prospect.

“So, Ms. Prospect, in terms of next steps, I’ll get approval for a three-week trial for your team and import your accounts once you send me over the territory data. When do you think that you’re going to have access to that information?”

Uncover How To Follow-up (Based on Your Prospect’s Preferences)

This is actually one of my favorite tricks and it’s something simple that you can ask at the end of your sales meetings. It’ll save you from suffering through a lot of stress during the official follow-up stage.

That question is, “What’s the best way of keeping in touch?”

Most often, people will respond with “email” because they hate answering calls in this day and age of robocalls. In this case, you can respond with “I’m guessing you get 200 emails a day like I do. Is there something I can put in the subject line that will help my emails stand out?”

No matter how they respond to you, they’ve verbally committed to re-engaging with you. People instinctively want to keep their commitments.

Asking for permission to follow-up and asking for the best follow-up method based on your prospect’s preferences will get you way ahead in the sales cycle. You lower your chances of being an annoyance and also ensure that your chances are connecting will be successful.

Know When to Walk Away

Keep this in mind: 80% of deals require 5 follow-ups or more. Don’t give up after not seeing a response after a few follow-ups, especially if you can see that your prospect has engaged with your messages. The truth is, that extra call can make the difference between winning and losing a deal.

But, you also need to know when to walk away. You need to make sure that the prospect has no intention of buying in the short-term. You can ask them directly by sending them a break-up email.

In your break-up email, ask if your prospect is still open to implementing your solution to their team. The key to keep the relationship alive is to ask if now is not a good time, and if you should reconnect in the future.

Your prospect will respond honestly and with the right next step to take.

Walking away isn’t necessarily a bad thing either, it means that you can refocus your time and energy on other opportunities. You could be leaving a lot on the table by over-focusing on a deal that won’t move forward.

How do you typically prepare for your follow-ups? Let us know in the comments.

Steve Benson
Founder and CEO
Steven Benson is the Founder and CEO of Badger Maps, the #1 route planner for field salespeople. After receiving his MBA from Stanford, Steve’s career has been in field sales with companies like IBM, Autonomy, and Google – becoming Google Enterprise’s Top Performing Salesperson in the World in 2009. In 2012 Steve founded Badger Maps to help field salespeople be more successful.
Twitter
LinkedIn
You might also like ...
Product-Led Growth
Treating Your Data As A Product: Layering Product-Led Growth On A Tech Stack
Product-led growth (PLG) thrives on data. But as anyone who’s worked on a company's customer relationship management (CRM) tool like...
by Sam Richard
Sales
Value-Based Selling at monday.com: Solving Problems, Earning Trust, and Growing Accounts in 5 Simple Steps
When I joined monday.com nearly seven years ago, I was the 16th hire and was excited to be transitioning to...
by Aron Vuijsje
Product-Led Growth
Building Sales Teams From The Ground Up In PLG Environments
I’ve spent over two decades in sales, starting in the nascent enterprise SaaS world at an early-stage startup going through...
by John Eitel