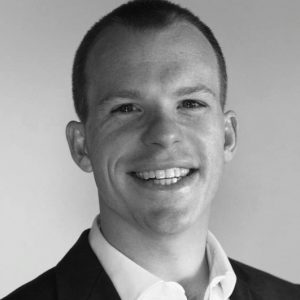 Regular readers of my blog know that I think channels in SaaS are essential, but they’re very hard to get right. Too often I see people with a product that isn’t selling well on the web say, “Oh, we’re going to sell it through the channel.”

They’re in for a massive wake up call.

So let’s kick start a discussion about channels in SaaS.

1. Your primary channel is the web. If you can’t sell it on the web, either you shouldn’t be in SaaS, or it’s not SaaS.

All the big guys do it well – so should you. Salesforce.com powers some of the biggest companies on the earth and has great online marketing. It’s not the company’s only marketing, but it is the cornerstone it builds from. Where do potential customers first look when they hear of you?

OK, the 800 pound gorillas are bad examples as they burnt through a whole heap of cash acquiring customers, which most of us don’t have the luxury of doing. But the reality remains that we need to acquire customers efficiently, otherwise the customer acquisition costs (CAC) are going to be way up there. This is fine for the gorillas, but not for the rest of us.

It’s also fine to realize you’re not in SaaS, but selling subscription software. I came to this realization when selling application virtualization while at Endeavors Technology. Joel York articulated it really well:

In previous posts I’ve claimed that the path to differentiation in SaaS is to be a true Internet-play, not just a low TCO client-server application shoved through a browser.

You shouldn’t confuse SaaS with low TCO software of any type. If that isn’t clearly differentiated, you’ll have a nightmare acquiring customers — especially on the web. Finding it hard to sell on the web is your early warning that something is wrong. Stop here and fix the issues before trying channels.

2. If you can’t sell it on the web, how do you expect the channel to sell it?

This strikes at the heart of the issue. The channel is a blunt instrument and relies on the vendors’ marketing and sales experience to sell it to its customers. If you haven’t got many sales, how can you pass on that experience?

Mark Leslie had an ethos at Veritas: “Nail it before you scale it.” By taking the channel on too early, you are essentially trying to scale it before you’ve nailed it. Even worse, all the valuable information garnered from potential customers is way down in the channel instead of the CEO’s head.

Hiring really web savvy marketers early on will help this process enormously and enable you to get out of this hole quickly. When I say really web savvy, I mean people who think like e-commerce marketers, A/B testing their way to fantastic conversions.

OK, you’ve figured out how to sell on the web and your CAC is in control (i.e., less than one year’s revenue). What next?

3. Channels rely on market pull; you sell, they deliver.

You still need to sell yourself, your channel partners fulfill the order. What? That’s crazy? Then what’s the point of having them? Well, I will tell you first off that in any sales channel relationship you need to sell the product before your partner does. If you have a hard time selling they will have a harder time. Channel partners will put the effort into training their people, developing sales collateral, bonusing their reps and moving other products off of their price list only when they know it’s dead easy to sell your product.

Over time, if you’re both successful, you’ll have to do less selling, but channel management is no cinch either. If they don’t add any value apart from sales, you need to think really carefully about why you want them as a channel.

In software we’re all used to having to have a channel. We needed people to crawl under desks, install software, and fix things when they went wrong. That’s no longer the case in SaaS, and the channel is being dis-intermediated. This is why when you’re looking at channels, you need to think about channel partners who add value around the product, not just install it.

4. Think outside the VARs: non-traditional channels are where it’s at.

You need to target potential channel partners where your product will help them add value to their business and preferably to their customers, too. Lincoln Murphy of Sixteen Ventures posted:

I’m working with several SaaS vendors where their SaaS offering helps their channel deliver better service to its end customers, giving them a competitive advantage and enabling the channel to deliver additional and recurring services — none of which they could do before. That’s the incentive for the channel, not a quick buck.

Once the offering is integrated into the methodology of the channel, it get’s rolled out to customers on new projects and creates new opportunities with existing customers.

5. Compensate anyone who’s willing to sell your product – especially customers.

Sound obvious? Well there aren’t many people willing to do it without signing up for a “partner program” or something like that. In fact, it makes your customers feel special if they’re rewarded for bringing new people to the tribe. It validates that action economically. You’ve got to make sure everyone’s interests are aligned (i.e., they get paid when you get paid).

Remember, this game is about lowering CAC so you can scale profitably. Giving 10-20% away to delight existing customers is miles better than giving 65% margin to a traditional channel.

Back to Mark Suster to finish:

In summary I say that channels can be the lifeblood of startups. In a world where we all raise less money we need to find more capital efficient ways of going to market.  But 80% of startups fail the channel test. They understand how to ink the deal but not what makes their channel partner tick. They end up being penny wise, pound foolish. They blame their partners for not selling better rather than recognize the channel parter for what it is. And I promise you. If you start to make your channel partner successful – it will pay huge dividends when your business is ready to seriously hit that “j curve” you promised your investors.

Thoughts? Questions? Abuse? Sound off in the comments!

Justin Pirie
Senior Product Marketing Manager
Justin Pirie is a SaaS and Cloud Product Management Specialist. He is currently Senior Product Marketing Manager at Twilio. Previously he was Cloud Service Lead at ForgeRock, a multinational identity and access management software corporation. Want to know more? You can find more of his thoughts on cloud services on his blog, Paradigm Shift.
Twitter
LinkedIn
You might also like ...
Sales
Value-Based Selling at monday.com: Solving Problems, Earning Trust, and Growing Accounts in 5 Simple Steps
When I joined monday.com nearly seven years ago, I was the 16th hire and was excited to be transitioning to...
by Aron Vuijsje
Product-Led Growth
Building Sales Teams From The Ground Up In PLG Environments
I’ve spent over two decades in sales, starting in the nascent enterprise SaaS world at an early-stage startup going through...
by John Eitel
Sales
After You Announce: How to Win With Usage-Based Pricing
Usage-based pricing (UBP) is about change. Once you have launched your pricing model, a lot will change, including the initial...
by Steven Forth