Modern Networking for Founders: Using Social To Build Your Company 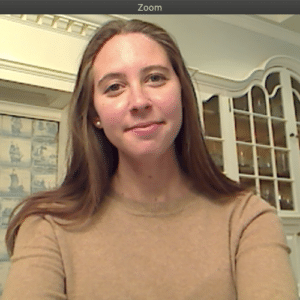 When Justin Mitchell and Jordan Walker entered a Product Hunt hackathon as an agency side-project, they had no idea that the app they built would end up turning into a startup. It all started with a $400,000 tweet, and the story is a fascinating case study on the power of well-curated and nurtured online connections and communities.

The team’s “accidental” startup, Yac (Yelling Across Cubicles), is a voice messaging platform for remote teams. Yac was created during Product Hunt’s Makers Festival contest, which the team won in part because they went ahead and built a fully working application (in only four days… over Thanksgiving weekend).

And that’s when things started to get really interesting.

Justin and Jordan shared what happened next in a conversation with Blake Bartlett on The BUILD Podcast.

Throughout the Makers Festival, Yac was getting a ton of downloads, and—with some additional promotion from Product Hunt—demand skyrocketed. The team was surprised to see some really big names downloading the new app. Early beta users included CVS, Bleacher Report, Hubspot, Mailchimp, Invision, CBS, and more.

The team pivoted quickly to start working on updates and redesigns, including new features like screen-sharing and push notifications. And then, in early January—while the team was in Las Vegas for CES—they got the tweet of a lifetime:

Because of the tweet, Adam DMed Justin, and after a quick phone call, Adam offered the team $100,000.

“We were really surprised that Adam even made an offer because everything was just so scrappy at the time,” says Jordan. “None of us had VC experience at the time, so we were looking at each other thinking, ‘is this really happening?’”

Everything snowballed from there. Adam introduced the team to Betaworks, and the Yac group pitched them over Zoom, winning additional money for that funding round.

Yac doubles down on Twitter’s power to connect

“After that, Twitter became a huge part of our online networking,” says Justin. “After seeing that it only took one tweet to get someone to fund us, we started amping up our Twitter game as a way to find other investors and partners as well as customers. It’s still how we meet other people, get invited to speak at conferences, and get new companies on our platform.”

As the team continued to nurture their Twitter connections, they found it was truly a watering hole for influencers, and a great way to reach almost anyone. They continued making connections and making noise about their products.

“For the second round, a lot of what we were doing was literally sitting on Twitter, finding a VC, and hitting the follow button,” says Justin. “We also made sure we had a perfect Twitter bio. Mine said, ‘Currently raising our seed round. Check out Yac,’ and people would check out the product and send us DMs.”

The team built a second product called BRB, which was a blue version of Yac that had a sign-in with Snapchat. Among other connections, BRB got the team noticed on Twitter by Wiz from Space Cadet Ventures and Ankur from Teachable. “Literally 75% of our seed rounds came together just off the back of Twitter,” says Jordan. “Which is really cool.”

Jordan and Justin built a new strategy for community building and fundraising right on public social media platforms. Here is how they did it successfully.

The Yac team was intentional and strategic about how they leveled up their Twitter game while staying authentic. “Inside of social, you have a concept called social pods,” explains Justin. “This is where you have a group of people who are liking and retweeting and sharing all of the stuff for you. Sometimes, people do them in Slack channels and Discords. We basically took that concept, and—instead of it being a paid thing—we were just really nice to people on the internet. And we started building these very genuine, real relationships on Twitter.”

Everyone on the Yac team loves helping people, so it was a natural fit for them to build a brand around being available, accessible, and generous with their knowledge. In general, the team believes in the idea that what you put out into the marketplace eventually comes back to you. But Jordan points out that it’s not just about what you’re doing, but the spirit in which you do it—“it’s really about just showing up and giving without expectations. It sounds so cliché, but it’s the truth.”

Say no to automation

Another important element of Yac’s approach to networking is keeping it human-to-human. In other words: no automation. “I hate automation software because it removes the human element,” says Justin. “If we were connecting with these people in real life in a coworking space, we wouldn’t ignore them. So why would we ignore them on the internet?” The team stays grounded in authentic communication by thinking about their internet relationships the way they might think about remote team relationships.

And it turns out that really cool things can happen when you make authentic connections. Take Emelio (WAV) Lopez. Emelio reached out via email to the team at Yac looking for guidance for his own company. Jordan ended up inviting Emelio to come to visit the office. “He came to the office and he really wanted to hustle and learn,” says Jordan. “He offered to help us in return for what we’d given him so we gave him a couple of web flow projects. He just kept showing up, and before we knew it, we were offering him a full-time job.” Today, Emelio handles all Yac’s socials, making great content that’s made a big difference for the company.

There is no silver bullet when it comes to networking, especially on social media. True, long-lasting, sustainable success comes from being human, being kind, and helping where you can. “There’s a lot of fronting that happens on Twitter,” says Justin. “People are trying to find that one viral thing—a snarky tweet, trending hashtag, or funny joke. But for us, what really works has been the opposite of that. Our best success stories have come from being real, honest, transparent versions of ourselves.”

Yac’s approach to developing communities is very organic. “A lot of time, community is forced,” says Justin, “But when you have a hidden agenda, everybody knows.”

Communities are typically built around common interests. The truth that the Yac team acknowledges is that most people’s common interest is themselves. Using that as a jumping-off point, they assembled a community of people who all understand that everyone in the group is trying to boost their business, their online profile, their tweets, and so forth. With that foundation, the group evolved into a community of people who are willing and eager to help each other out because they know they will be helped in return.

“It’s best to start in small, genuine groups where you can have real conversations, and then slowly let it grow organically,” says Jordan. “We started out with four or five people, and now we have a community of about twenty. That may still seem small, but everybody in there engages with one another literally every single day.”

More to the point, the engagement in the community delivers value because of the care the team took in building and growing the group. “This group has probably been two years in the making,” Jordan says, “But it’s worth exponentially more than any other community because we’ve taken our time, and we’ve made sure that all these people have aligned goals, interests, values, morals, and so forth.”

Justin points out that there are other kinds of less formal and direct communities that can also offer a lot of value. “Community doesn’t have to be a group of people who interface with each other directly,” he says, “For example, I’ve built up small communities of investors and founders, and now I’m matching them to each other. In this case, we’ve seen great success creating communities on a micro-scale and then combining them later via a larger network.”

The common thread that runs through all of the Yac team’s networking success is pretty obvious: be human, be sincere, be generous, and be nice. Don’t look at your networking as another data point to track, manipulate, and optimize. Actually take the time to connect with people in a real way, and don’t look at every connection as an opportunity to further your own agenda. Instead, come to every conversation free from expectations, and pay special attention to where you might be able to help someone else.

For more inspiration on the best ways to build strong connections and valuable communities, listen to the full episode.

Alexa Horwitz
Community Manager at OpenView
Alexa builds and engages OpenView’s community of founders and CEOs through social media, events and our podcast. Prior to joining OpenView, Alexa was on the brand and non-consumer communications teams at Wayfair. She led content initiatives and marketing efforts for Wayfair’s suppliers, employees, and consumers.
You might also like ...
Podcast
Chris Degnan (Snowflake): Leading Your Sales Team Through The Downturn
With funding having slowed, hiring frozen, and budgets cut, SaaS sales leaders are on the hunt for advice for how...
by Mikaela Gluck
Podcast
Katie Burke (HubSpot): Leading With Clarity In An Uncertain Market
Everyone in the business world has read the headlines and felt the impact of the current market on their industries...
by Mikaela Gluck
Podcast
Listen
The When, Why, What, And How Of Adding In Enterprise Sales
John Eitel, former VP of sales at Canva, describes himself as a sales problem-solver. Having built sales orgs from the...
by Mikaela Gluck