Transparency: The Next Era in Enterprise Sales 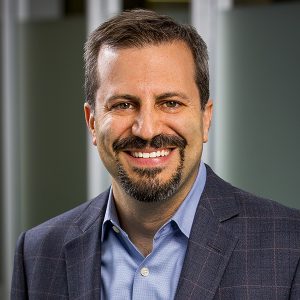 One could argue that the oldest profession in the world is actually sales. Since the first time a caveman sold a wheel, certain core elements of the profession have stayed the same, however, the intricacies of the methodology have evolved. And they are about to evolve again.

Although there have been many methodologies, including everything from snake-oil sales, pyramid sales and door-to-door selling, the traditional approach was rooted in “feature-benefit” selling; A vacuum salesperson would ring a person’s doorbell. The resident / potential buyer would open the door. The salesperson would greet that person by throwing a handful of dirt into their doorway. Then, while describing the features of their product, they’d plug in their product, cleaning up the mess they made, in hopes that the features and proof would lead to a purchase.

Around 1980, the evolution of selling began to accelerate. It was then that Solution Selling became the rage. Piles of books including Strategic Selling & Solution Selling hit the shelves over the next 20 years, with a whole host of associated books including Customer Centric Selling & SPIN Selling. In this era, the sales process consisted of an extended “discovery” phase, designed to help the seller diagnose the buyer’s problems or needs, focused on how the buyer does what they do today. Then, the seller would prescribe the solution to the buyer’s unique situation, framed by helping them do what they do today, but better.

In March of 2009, coming off the heels of the worst recession in 26 years, Harvard Business Review published the article, “In a Downturn, Provoke Your Customers” (by Philip Lay, Todd Hewlin & Geoffrey Moore), and things changed again. From the momentum of this provocative sale rose The Challenger Sale in 2011, which represented a big change in the approach sellers took to buyers. Given that buyers now have so much access to information, earlier in the sale…delaying initial contact with sellers, and requiring greater consensus to move forward, sellers would need to lead with “insights” based on a buyer’s unrecognized problem, need or assumption.

In every change, the “traditional” approach to selling did not get thrown to the curb. Instead, each new era in selling was an evolution of the previous approaches.

Now, 8 years after the “provocative” approach to sales hit the HBR, the way sellers approach buyers is about to require another change.

The data is pointing to the realization that by 2020, a new evolution of selling will emerge. This one will be represented by the rise of the “Transparency Sale”.

What is it, and why do I believe this to be just over the horizon? Let’s start by thinking about how buyers, when left to their own devices, buy the things they need online today. According to PowerReviews research:

The human brain is wired to resist being sold-to…it’s an inherent defense mechanism. A buyer is resistant to the unknown, which has always been in conflict with the way sellers sell. Sellers have always sold as though their solution was a 5 (on a 5 point scale), but buyers know better, and it’s becoming easier for them to find out why you are not a “5”. A buyer doesn’t believe a perfect score, and will seek dissenters for a full picture of the pros and cons of a solution before making a purchase of substance.

Buyers have always relied on more sources of information than just that provided by the seller. For many years, the prominence of analysts in technology evaluations was key. As a seller, your position on the “magic quadrant” of whatever applicable analyst report was one of the determinants of your success or failure. Buyers also check references, and do “back-channel” references to avoid the 5.0 score speak they receive from the references the sellers provide.

This growth in “the feedback economy” will force sellers to change the way they approach buyers. Sellers will need to own that dialogue and lead with those vulnerabilities. In the Transparency Sale, sellers will begin to present themselves as less-than-perfect to help a buyer understand why they’re a 4.2 – 4.5, and not a perfect 5. They will disarm the buyer with this information, and engage in a true conversation about the value of their solution. They will still challenge, they will still discover, they will still position features and benefits, but they’ll also present applicable shortcomings. They’ll present reasons customers churn. They’ll present their customer survey results, and why their net promoter-score isn’t a perfect 100.

Sales cycles will shorten, as the relationship between buyer and seller will include more trust. Sellers will spend less time on opportunities they should have qualified out in the beginning. Buyers will be less likely to believe false claims of a competitor, because that trust and openness will be established from the beginning. Sellers will differentiate through their honesty and openness, and develop longer lasting partnerships.

To win in the future, sellers will need to become the source for information the buyers cannot get anywhere else…their own customer feedback data. Sellers will collect it, analyze it, act on it, but more importantly, share it.

Just like brands and retailers displaying positive and negative ratings and reviews on their own web pages online, the successful future sellers will lead with transparency.

Todd Caponi
SVP, Sales
A self-proclaimed geek for sales methodology, buyer psychology & sales education, Todd is currently the Senior Vice President of Sales for PowerReviews, a leading SaaS consumer engagement platform. Previous to this role, Todd was part of the sales leadership team of ExactTarget that helped drive the organization to a successful IPO and a $2.7B exit through the acquisition by Salesforce.com. He is a previous winner of the American Business Award “Stevie” for Worldwide VP of Sales of the Year in 2009 during a four-year tenure at Right Hemisphere, which also successfully exited via an acquisition by SAP. Todd also spent time as the Vice President of Global Sales at Author-it, and previously owned and operated a sales training and consulting company.
Twitter
LinkedIn
You might also like ...
HR & People
Ultimate Guide to B2B Sales Hiring and Management

A curated list of the very best resources on sales interviewing, remote leadership, forecasting, and much more.

Just like the best politicians craft a compelling vision for the future and take the public along for that journey, sales leaders can do the same for their teams and customers.

Stripe’s former Head of Revenue and Growth explains how his team enables developers to try the product before they commit to a contract.