Labcast: The Rise of Social Prospecting 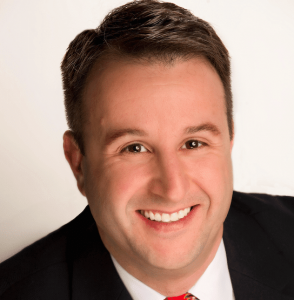 In this week’s Labcast, bestselling author and sales trainer David Steel breaks down the emergence of social prospecting and the keys to leveraging social media as an integral part of your overall sales strategy.

Up until recently, if you were to ask sales people about their prospecting efforts, they would have talked about a variety of traditional tactics such as direct mail or e-mail marketing. As you can imagine, that conversation would have also been sure to include one of the most effective prospecting tactics of all: cold calling.
Fast forward to today and it’s a whole lot harder to get people on the phone. Just think about how often you screen your calls to avoid a salesperson. People are pressed for time and often not inclined to answer calls from numbers they do not recognize.
To get around this problem sales teams are turning to social media as a way to engage prospects. The reason is simple: social media allows a sales person to bypass gatekeepers. Buyers — whether they’re the CEO of the company or someone on that person’s team — often manage their own social media profiles, meaning that there are no gatekeepers. They may not always really understand social media, but they are often intrigued by it and experimenting with it. As a result, they tend to be more receptive to invitations and conversations online.
In this week’s Labcast, David Steel, the Chief Viral Officer at Sneeze It and one of OpenView’s top 25 sales influences of 2012, explains social prospecting and the right way to leverage social media as part of your sales strategy. Specifically, he explains:

Listen to the full podcast below:
Labcast 97_ David Steel on Social Prospecting

David Steel
President
Author, motivational speaker and sought-after sales coach, David Steel is one of the nation’s leading experts on Sales Motivation. Widely recognized for his ability to energize sales teams and drive revenue results, David works with businesses and C-level executives on such issues as hiring the right sales people, compensation, goals and sales strategies. David is the President of the Steel Method and the Chief Viral Officer at Sneeze It.
Twitter
LinkedIn
You might also like ...
Product-Led Growth
Treating Your Data As A Product: Layering Product-Led Growth On A Tech Stack
Product-led growth (PLG) thrives on data. But as anyone who’s worked on a company's customer relationship management (CRM) tool like...
by Sam Richard
Sales
Value-Based Selling at monday.com: Solving Problems, Earning Trust, and Growing Accounts in 5 Simple Steps
When I joined monday.com nearly seven years ago, I was the 16th hire and was excited to be transitioning to...
by Aron Vuijsje
Product-Led Growth
Building Sales Teams From The Ground Up In PLG Environments
I’ve spent over two decades in sales, starting in the nascent enterprise SaaS world at an early-stage startup going through...
by John Eitel