Rumors Aside, the CIO Is Not Dead 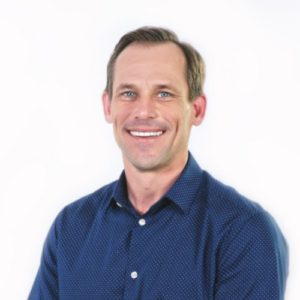 Industry pundits have been writing about the “death of the CIO” for decades. In 2000, Harvard Business Review asked if CIOs had become obsolete. In 2008, InformationWeek painted a bleak picture of CIOs under siege. And in 2018, Forbes published a piece focused on passing the crown from CIOs to DBMs (digital business officers).

All that, and the CIO is still standing.
More importantly, the role of the CIO is adapting and evolving.

There are several things driving the recurrence of this theme of the CIO’s supposed demise. For example, the emergence of product led growth as a major trend, the evolution of the technology buyer persona and vendors refocusing their attention on the CMO as companies pour massive amounts of money into developing their marketing tech stacks.

There’s no question that CIOs have faced their share of trials while navigating the changing landscape. But as companies shift to user-first business models and adopt tech-driven approaches to marketing, sales and growth, CIOs are rising to the challenge. In fact, the CIO is in the process of quite the makeover. Once seen primarily as the techie in the back room whose main job was policing shadow IT, the CIO is suddenly everyone’s new best friend.

As it turns out, the CIO has a lot to offer to both internal teams and the software companies who are trying to get a foot in the door. Now that CIOs are engaging with their organizations in a much more holistic and integrated way, the whole dynamic of the conversation is changing.

The Role is Expanding

Back in the days when the CIO’s role was almost exclusively about security, compliance and general technology “plumbing,” so to speak, software vendors found they could circumvent the CIO’s corner office and sell directly to the end user. While this play is advantageous up to a point, it doesn’t allow a software company to scale up effectively.

Companies that want to be real enterprise players need to engage with the CIO. We know this because some of the biggest names in the industry have tried to scale up through the end user; and they all wind up circling back to the CIO. Slack, Dropbox, and other category leaders started out coming in the proverbial back door with ad hoc sales to individual end users, but eventually came around to pitching the CIOs in order to expand their footprint within an organization.

One of the main reasons technology buys still fall into the CIO’s jurisdiction is that—even as the CIO’s role expands into new areas—they still have primary responsibility for stitching everything together to create a great user experience in a secure and compliant way. The CIO is still the person who loses sleep worrying about the potential risks threatening their network, systems and data.

What’s different today is that the CIO is now taking on a much more integrated role that touches all the other functions across an organization. Where once they were seen as more of a gatekeeper, the CIO is now asked to partner with different teams on a wide variety of issues.

The reality is that technology touches every part of every business. As the saying goes, all companies are technology companies. So, while the CIO is still tasked with managing security and compliance, more progressive CIOs are also getting much more heavily involved in helping their organizations understand how they can use technology to increase efficiency and productivity, drive costs down, scale infrastructure, increase revenue, resolve end user issues, leverage data more effectively and—ultimately—create a competitive advantage.

This broadening of the CIO’s range of engagement within an organization has inspired a shift in how CIOs think about their role. They are willing and able to think more holistically and strategically. The old concept of shadow IT is being replaced by a new, bi-directional model that acknowledges and embraces both bottoms-up and top-down adoption. The CIO can now adapt to either situation, which is why sales teams and VCs are calling on CIOs more than ever. In either case, the CIO can be a great ally—helping to ensure that technology is used as effectively as possible.

Why Companies Bring on a CIO

Whether you are considering the need for a CIO at your own company, looking for a CIO position or pitching a CIO on your product, it’s helpful to understand when and why a company might bring on its first CIO. There are three common triggers:

When a company starts to grow at scale, it needs new solutions to all kinds of problems. Strategies that suited the smaller organization just don’t work anymore to support profitable, sustainable growth. The truth is, a self-serve approach will only take you so far. As a company grows, it becomes increasingly difficult to support an enterprise B2B model. In general, you need a plan that will help you successfully manage both phases of a company’s growth. That generally requires the assistance of an experienced CIO who knows how to scale the business and build a company that can support that kind of growth.

A Shift into the B2B Space

Another common scenario revolves around a successful B2C company that has decided to expand its reach into the world of B2B. The key idea here is that what works for B2C won’t necessarily work for B2B. The buyers will be different. The conversations will be different. The process will be different. Bringing on the right CIO can give a company instant credibility in the market. This person can also deliver valuable inside information to help develop the go-to-market strategy and related content. And they can provide critical thought leadership to influence market position and reputation.

A Need for Better Data Utilization

Finally, companies often bring a CIO onto the team when there is a desire to leverage data to create a superior customer experience. A CIO with a comprehensive background in data and its uses is a very valuable resource that can do a lot to improve a company’s chances in a competitive market.

Each of these circumstances comes with its own set of considerations, but in all of them the CIO is clearly taking a more hands-on role in the overall success of the company.

Selling to the CIO

With all these new roles and responsibilities, the CIO is busier than ever. This makes it extra challenging for technology vendors who are trying to cut through the noise to get the CIO’s attention. If you’re on the other side of the table trying to sell into the CIO, it’s critical to remember that their perspective and mindset have expanded.

While security and compliance and the more mundane aspects of technology are still of paramount importance to these professionals, they are also now taking a more strategic view. They are assessing opportunities with business objectives and outcomes in mind. The conversation is no longer strictly about technology; it’s about what technology can do for the business.

With that in mind, CIO’s are focused on business problems, which usually fall into one of three categories: making money, saving money or supporting the company’s overall strategy in some critical way. The name of the game is figuring out how to position your product as a must-have item, not simply a nice-to-have luxury. You need to be able to demonstrate what you bring to the table that can help the CIO solve one or all of those problems.

So, no, the CIO isn’t dead. The CIO is thriving. If your company is growing, expanding into B2B, or looking to power up your strategic use of data, it might be time to bring on a CIO. And if your company is trying to level up to be a legit player in the enterprise space, remember that the CIO can be a valuable ally. The game is changing, but the CIO is changing with it. Long live the CIO.

You might also like ...
Retention
5 Reasons Why Startups Lose Their VP of Sales (And What To Do About It)
Hiring an incredible VP of sales is hard enough. When they end up walking out the door within 18 months...
by Amy Volas
VC Insights
Your Guide to Growth Amid Uncertainty
In the old world of… just a few months ago… software companies had plentiful access to cheap capital and were...
by Kyle Poyar
Hiring
Talent Sourcing 101: How To Fill the Top of Your Hiring Funnel
Get ready for the long haul. In our latest 2022 State of the SaaS Talent Market report, companies are experiencing...
by Steve Melia, Maggie Crean