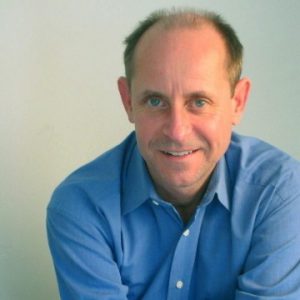 Editor’s note: This is a guest post by Mike Brooks, founder and principle of Los Angeles-based inside sales consulting and training firm Mr. Inside Sales, on the inefficiencies of short-sighted sales incentive programs and the benefits and results you can receive with more company-focused, long-term sales motivation programs.

The Pros and Cons of Daily Spiffs

Any sales manager has likely had experience handing out cash or other prizes for the first deal on the board or end-of month “top dog” status. The practice of providing daily bonuses or holding weekly or monthly contests has long been a part of the inside selling environment, and the reason these “spiff” programs and bonuses are still around is because on some level they work.

There is no denying sales reps will work harder if there is a special bonus attached to the work they are already doing anyway. As long as the bonus is truly reachable by the entire sales staff, a percentage of the team will temporarily try harder to earn the additional spiff. But the key words here are “percentage” and “temporarily”. The consensus is after a while the programs simply run out of steam.

One of the inherent problems with using spiffs and contests as primary sales motivation is a common perception often held by at least a portion of the sales team that no matter how hard they try, the better reps will still dominate and win the awards. There is a lot of truth there. Top reps often are in a better position to win thanks to stronger pipelines, higher quality leads, and better selling and prospecting techniques. Because of this, half the sales team tends to check out and ignore the contests. Worse, they can even become de-motivated by them.

A more practical problem with daily spiff programs, however, is that their cost tends to snowball and over time the investment brings back diminishing returns. Sales reps get jaded easily, and it’s often the case that managers feels the need to raise bonus amounts simply to achieve the same level of motivation and accomplish the same initial results from the team.

At the end of year, many business owners and managers may look back at all the additional money they paid out and come to the same conclusion – the investment wasn’t worth the bottom line result. According to CSOinsights.com, 48% of inside sales teams still fail to reach their monthly production goals despite the fact that contests and bonuses are offered. Fortunately, there is a better way.

A Better Way to Compensate and Motivate

A better model for driving sales motivation and compensating sales productivity begins by focusing on and rewarding overall production, itself. Rather than focusing on short term effort or the achievement of daily or weekly goals, companies always benefit more by focusing on monthly and quarterly production numbers and getting their sales reps to think more in alignment with the company’s goals. Here’s a case in point:

Recently we consulted with a company selling healthcare products over the phone. The sales team consisted of a seasoned group of about twelve reps, and we added three new reps during a 90 day period. There were many issues to be addressed, but coming up with a new compensation plan was at the top of the list. This company had relied on the daily spiff and bonus program for years, and overall the team was spoiled, unmotivated, and ultimately unproductive. To get them focused and motivated again we made two primary changes.

The first was to discontinue all daily spiffs and cash bonuses and replace them with a controlled monthly bonus program based on goal attainment. In other words, if reps didn’t hit their monthly revenue goal, they didn’t qualify for any of three possible month-end bonuses. The immediate result and benefit of this new program was to take each rep’s focus off the daily, “What’s in it for me?” attitude and instead refocus them on the company’s goal of overall monthly revenue attainment.

Aligning the rep’s focus with the company’s focus changed everything. By no longer rewarding them for achievement of short-term, incidental benchmarks (daily production, first deal in, etc.), reps instead had to work harder and stay focused longer to achieve the one goal that mattered – their overall monthly production.

As reps became more alert to their overall production goal managing them became easier, as well. Free of dealing with the daily bonus programs and the attitudes that came with them, managers were able to get back to the basics of sales management and focus on the bottom line. This meant less time babysitting attitudes and more time driving pipelines and sales. With management and reps more evenly aligned, production steadily rose.

And to top it all off, the elimination of daily cash bonuses and spiffs of course saved the company money and allowed it to direct its resources to other needs.

The second change we implemented was to give the sales reps an internal advancement plan based on their production and goal attainment. In taking a page from larger, often public companies, what we’ve found is that people are more motivated when there is an opportunity for growth within their own company. Employees work harder, stay longer, and experience more job satisfaction if they feel their work and efforts are appreciated and rewarded.

Because this company wanted to scale its sales team and grow its market share, it was easy to develop an internal management advancement program. According to the program, if a sales rep hit his or her numbers for six consecutive months, he or she became eligible to become a team leader, managing up to four reps and receiving a small direct compensation based on production and other factors. In addition, a team leader who hit his or her team numbers for 10 consecutive months became eligible to be a unit manager, thus managing a larger team. Once this level was attained, further advancement was possible as a sales manager, sales director, etc.

One important point worth noting is that just because the advancement plan was in place it didn’t mean that anyone who attained the production levels was automatically promoted. It was all based on company need and availability of positions. As the company grew and production progressed, eligible candidates were promoted.

The result of having the management advancement plan was a measureable change in attitude and effort from every member of the sales team. Top producers took their jobs more seriously and became more active team players. As team leads assumed roles of responsibility for groups of sales reps, more peer pressure was applied and the sales group grew more cohesive as a whole. Managing required less effort and hiring and on boarding of new reps became more of a focus. As a result the sales team was able to grow and scale at a much more predictable pace.

While daily bonuses and spiffs remain an important part of compensating and driving sales motivation and production for many companies, their lack of long term effectiveness doesn’t always justify their expense or continued use. Think about the attitude and focus of your current inside sales team and ask yourself: Are they in it more for themselves or are they truly invested in your company’s goals and long term growth? If you find that their attention and goals aren’t not aligned with yours, then you should consider making some of the changes outlined above.

Please be aware that these changes involve detailed planning and forethought, however. Any elimination of daily bonus and spiff programs has to be handled carefully, and the design and roll out of monthly bonus programs must carefully calculated and planned out. For its part, a management advancement plan involves many elements including skill development, identification of duties and responsibilities, and compensation structure. Never make these kinds of changes without careful consideration of the ramifications and long-term consequences, and always design them with your long-term growth goals in mind.

Mike Brooks
Founder
Mike Brooks “Mr. Inside Sales”Mr. Inside Sales is the recognized authority on inside sales. Voted one of the most Influential Inside Sales Professionals by The American Association of Inside Sales Professionals for the past five years in a row, Mike is the go-to inside sales trainer and phone script writer in the industry. Mike is the best-selling author of “The Ultimate Book of Phone Scripts” which Brian Tracy calls “One of the best books on inside sales phone scripts I’ve seen.” Mike is hired by business owners to implement proven sales processes that help them immediately scale and grow Multi-Million Dollar Inside Sales Teams. For more information, you can visit his website www.MrInsideSales.com.
Twitter
LinkedIn
You might also like ...
Customer Success
Your Guide To Customer Support & PLG
In a product-led growth (PLG) business, should we aspire to have *zero* customer support? My take: No! Support plays a...
by Kyle Poyar
Community Management
Your Guide to PLG and Community—It’s Way More Than Launching a Slack Group
In a product-led (PLG) business, some of the tried-and-true SaaS growth tactics aren’t at your disposal. Since you’re initially focused...
by Kyle Poyar
Onboarding
Your guide to self-serve onboarding: How to get your product to sell itself
In a self-serve environment, your product has to sell itself. The first-day experience is the most critical part of the...
by Kyle Poyar