Stepping into the Sales Trap: Colleen Francis on the Sales Mistakes that Cause Serious Pipeline Havoc 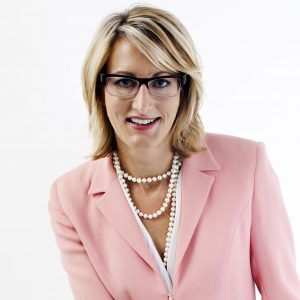 Editor’s note: This Q&A was partially based on a podcast that first aired on Colleen Francis’s website, Engage Selling Solutions. To hear the full podcast, click here.

Sales expert and entrepreneur Colleen Francis hates to be a Debbie Downer, but she has a warning for expansion-stage companies whose sales organizations killed it last quarter: Next quarter might suck. In fact, if you’re not careful, it could be a total failure.

The reason is simple, Francis explains. While your company’s sales team was spending all of its time over the last few weeks or months closing every deal in its pipeline, it probably wasn’t spending enough time prospecting. In fact, once your company is finished celebrating its big quarter, you might just wake up to a Champaign hangover and a troubling realization: That once overflowing reservoir of leads you had is now a pipeline drier than Death Valley.

It’s a quagmire Francis has seen companies with inexperienced sales teams fall into with surprising frequency. She labels it “the sales trap.”

Francis, a seasoned sales pro and the founder and CEO of Engage Selling Solutions, recently sat down with OpenView to discuss the common mistakes that cause companies to fall into the sales trap in the first place, and reveal what expansion-stage businesses can do to avoid its many perils.

What is the primary reason that companies — especially expansion-stage companies — unknowingly fall into the sales trap?

It has a lot to do with complacency, consistency, and a general dislike for prospecting. Let’s face it, most salespeople don’t enjoy cold calling, asking for referrals, or qualifying opportunities — the grunt work of sales. So when orders and sales start flowing in as a result of good prospecting, a salesperson’s tendency is to think that the fire hose has finally been turned on and he or she will never have to do the boring drudgery of sales prospecting ever again.

What most salespeople forget, however, is all of the hard work that got them to that point. It may have taken them six weeks of hard prospecting to get the pipeline full to the point where they could close sales. Unfortunately, that blissful forgetfulness often causes them to neglect the activities that lead to a full, healthy pipeline. As a result, when the sales are either closed or lost and the quarter is over, they wake up to find that there’s nothing left. They’ve literally drained the pipeline dry, and now, all of a sudden, there’s no one to sell to.

So, salespeople have to start back at square one and they get busy prospecting again. Of course, in the weeks and months that it takes to prospect and refill the pipeline there are no new sales coming in. Ultimately, that’s the definition of the sales trap. It’s a failure to understand that the prospecting you do today is going to yield you profits in the weeks, months, or maybe even years to come. If you don’t prospect on a regular basis, you won’t be able to drive revenue on a regular basis.

Is that sales trap more common in smaller, expansion-stage companies that often lack the experienced sales leadership of a larger corporation?

Inexperience can definitely cause companies to fall into the trap. If your company’s top sales leader is a first-time sales manager, then it’s likely that they’ve never experienced or felt the pain of having to ride a month-to-month pipeline roller coaster. And, unfortunately, it typically takes falling into that trap for them to really understand why it’s somewhere they never want to go again.

The biggest pitfall for inexperienced sales leaders is forgetting how much time it takes to build a healthy pipeline. So, when sales reps have a super successful quarter those leaders can become blinded by that success, and they forget how important it is to continue prospecting while all of their deals are closing.

What are some warning signs that should alert a company that it’s about to fall into the sales trap?

Honestly, it’s as simple as that. And with the technology that’s available to sales leaders today, there’s no excuse not to constantly monitor a sales pipeline’s health.

From an emotional perspective, I’d much rather see my salespeople hit their target every month and have consistent revenue growth than miss their target one month and double it the next. Just thinking about that gives me grey hair.

What tips would you give sales leaders to steer clear of the sales trap, or to pull themselves out of it should they fall in?

The bottom line is that basic sales prospecting doesn’t require 8-hours a day or a 10-person team. I would establish a rule that forces your salespeople to do at least one thing that builds the sales pipeline before they end their day. That could include tasks as simple as sending e-mails to lost deals or prospects or placing calls to inbound leads, but there’s got to be something they do every single day to put deals in the pipeline.

Additionally, I think it’s important for sales leaders to routinely go into their CRMs and take stock of pipeline activity. It might be ugly and they might not like what they see, but it’s a critical task. Doing that is the only way to really determine where a pipeline stands and what needs to be done to repair it. If sales leaders aren’t following through with that, then it’s only a matter of time until they fall into the trap.

Colleen Francis
Owner
Colleen Francis is founder of Engage Selling Solutions, named one of the Top 5 most effective sales training organizations by Sales and Marketing Magazine. Colleen has over 20 years of successful sales experience and helps sales professionals everywhere to make an immediate and lasting impact to their results through her key note speaking, sales training, and sales coaching.
Twitter
LinkedIn
You might also like ...
Onboarding
Your guide to self-serve onboarding: How to get your product to sell itself
In a self-serve environment, your product has to sell itself. The first-day experience is the most critical part of the...
by Kyle Poyar
Customer Success
The Customer Success Managers' Role in a Product-Led Growth Business