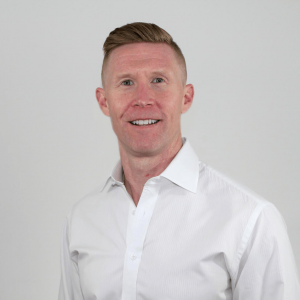 For sales organizations, there’s simply nothing worse than losing a deal during the final proposal and negotiation stages. By that point, significant resources have been invested and the sales professional has dedicated much of her time to building the relationship, asking what she thinks are the right questions, and demonstrating value of the solution. These resources are not insignificant, either. For nearly every enterprise sales cycle, considerable time (and monetary) investments are made:

Of course, no company wins 100% of the deals it works on, but the fewer deals the sales team closes, the more and more attention the elusive close rate receives. While there are many factors that go into why a prospect ultimately chooses a partner—some out of the company’s control—there are certainly aspects that can be controlled early on to improve the chances of a successful close and a long-term partnership. Let’s take a look at 3 of those biggest factors:

The first factor that plays an important role in the close rate is whether or not the company’s value proposition was properly articulated up front. Not doing so is common when an SDR or a sales professional wants to keep progressing a deal—even if the prospect clearly isn’t a good fit for the solution. Rather than kill the deal early on, a sales professional may drag the conversation on for weeks or months by engaging the prospect with demos or solution discussions that attempt to progress the deal to the next stage. Tactically, this could mean that a sales professional tells a prospect something like “I’ll go ahead and send you a proposal—just let me know what you think and we can go from there.”

How to Navigate: Rather than keep a deal alive for the sake of showing numbers or trying to force a close even when the prospect isn’t a good fit, it’s best to mutually agree early whether or not to continue sales conversations.

One of the most common issues in enterprise sales is working through the complexity of the organization—especially as it relates to stakeholders. Not only are there multiple business units, but usually separate departments in each one. Add on top of that the number of regional offices or even global offices that many enterprise companies have, and it can seem nearly impossible to get to the right decision-making stakeholder (or even true influencers, for that matter). For sales professionals, it can be tempting to start a sales process with an individual at an enterprise company—even if they aren’t quite the right persona target. If they’ll listen and help to champion the deal, that’s often enough.

Nothing can derail a deal quicker than getting through discovery, demo, and even proposal stages only to realize that the financial buyer or the ultimate decision maker hasn’t been included in any of the conversations. In this scenario, the sales process usually starts over—or at least has to rewind several steps in order to ensure proper buy-in to proceed. That not only throws off the deal for the sales professional, but it makes accurate forecasting nearly impossible for the sales leader.

How to Navigate: Sales professionals know that having the right stakeholders involved from the beginning is key, but it can be tricky to ensure that they are—especially since every organization is different and influencers may not even know who the financial buyer even is. The best way to mitigate this issue is to review the same questions on every discovery call so nothing is left out and every base is covered before progressing.

In today’s explosive SaaS market, sales professionals have to compete against multiple solution providers at any given time. And, even if there is no ‘competition’ to speak of, budget is always negotiable and different vendors (even if they solve different issues) could be fighting for the same dollars. No longer are budgets earmarked for a specific solution category. Instead, budgets are set aside to help solve a problem (like ‘lead flow’ or ‘employee engagement’, for example). In today’s sales world, the organization that proves to solve the most problems or add the most value throughout the sales process wins the budget—it’s usually that clear cut. Sales professionals who don’t conduct deep enough discovery to identify who or what they are competing against will face much larger challenges later on in the process when they find out that they didn’t adequately differentiate both the problem and the solution at hand. Simply reciting product features and getting the prospect to see the solution via a demo has become the elementary form of selling (and it no longer works).

How to Navigate: Sales professionals win by asking questions to uncover problems or areas of opportunity, tailoring every conversation to one of value for the prospect, and finally, differentiating against potential competitors.

What do these 3 factors have in common? Each of them should be initially addressed during the discovery process, and then used as a basis for the entire sales process.

Frank Dale
CEO & Co-Founder
Frank Dale is the CEO and co-founder of Costello. Prior to that, he was CEO at Compendium, which was acquired by Oracle. Costello helps you be great in the sales moments that matter. Instead of saying "I'll do better next time," have the right conversation on the call the first time around. Costello helps sales professionals navigate calls, gives managers visibility into the quality of each deal so they can help sales professionals win, and helps vice presidents understand what’s working and what’s not, all while integrating with the solutions you already use like CRM.
Twitter
LinkedIn
You might also like ...
Sales
How to Lead a Remote Sales Team

A new, scaling startup sales team requires hyper-attention under the best of circumstances. Add in the challenge of going remote overnight—as so many of us did earlier this year—and leading a team might feel like treading water.

by Anna Talerico
Sales
How to Hire Enterprise Salespeople