The Differences Between Traditional Enterprise Sales and the Yammer Approach 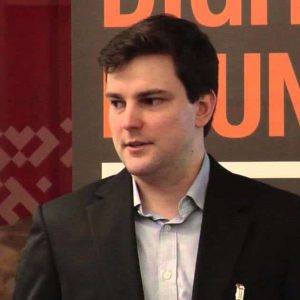 This is a guest post from Paul Higgins, a consultant at Rapid Innovation Group.

New business models and sales approaches rarely receive much attention until a company comes along and really makes it. Enterprise social networking is a growing area and Yammer has become its poster child. Moreover, it is an interesting case because its non-traditional sales approach outflanked the competition. Now it counts over 80% of the Fortune 500 as customers.

A few years ago I met with well-funded competitors to Yammer in the UK and in France that had developed strong technology to enable the socially connected enterprise — businesses whose employees could build social networks across department and country boundaries with all the associated productivity and communication benefits. However, the companies I met were trying to sell to major corporates — the more major the better — through a traditional enterprise sales model; and it didn’t work.

By following the traditional enterprise sales model I mean that they hired a sales team, which tried to engineer access and sell directly to a corporate budget-holder, who would then in turn procure the technology and take responsibility for its adoption by the rest of the organization.

Initially this seemed to be a very effective route to market. Like a lot of enterprise software startups they started by going through their management team’s existing personal networks to gain access to some impressive companies. Some of them became customers, and on the back of this early success the startups raised additional financing to expand the sales team, and to hire marketing and PR professionals in order to support it.

Gaining access to corporate buyers then started getting more and more difficult. In the early days they were able to call on CEOs, who were attracted by the ideas behind bringing social networking into the enterprise. But as the sales team got beyond the few evangelist buyers they were steadily pushed further down the prospect’s organizational chart and budgetary discretion decreased.

As sales targets were missed the sales teams were disbanded and reconstructed several times over. Sales Directors were brought in and given three months to turn things around before being moved on again. As it got harder and harder to get sales signed off management gave permission to do one-month free trials so that prospects could see the tool in use and perhaps develop a business case based on real data. But too often the trials ended without much user adoption and with even less basis for an ROI.

Yammer’s approach, which has been well documented elsewhere, was to ignore the traditional corporate buying centre altogether and just think of the user base as consumers. It was a B2C company selling to corporates (it forced users to register a work email address) and it made adoption easy because the platform was free to users.

By encouraging early users to use and share the platform with their colleagues Yammer was able to grow a large user base and then generate revenues from the corporates that wanted to ‘claim the network’ – and all without having to hire an enormous sales team.

At first glance this approach might suggest a revolution in sales strategy. Why would anyone hire sales teams that have to worry about accessing senior stakeholders and getting hold of budgets when instead you can simply give access to the users and generate revenue thereafter?

I put this table together to show some of the differences between ‘traditional’ and ‘non-traditional’ approaches (click on the table to enlarge it).

In the case of Yammer and enterprise social networking, they were in an area that allowed them to focus on the right-hand column – what I’ve called the ‘non-traditional’ approach. The product was inherently ‘social’ in the sense that using it to its fullest potential required users to involve other people; it was simple (especially to users who already had other social networking accounts like Facebook); it provided standard functionality; and it didn’t require any input from corporate IT to function.

But this is not true in all cases and not every startup should pursue the same strategy. You can’t say that one of these approaches is ‘better’ than the other in general terms.

One of the most important indicators for which one is right for your startup is whether or not you are solving the same problem for many different customers. An ERP software company will try to sell systems that cover all sorts of different issues in a corporate; they require complex integration with existing systems; and so they need talented, consultative sales people to uncover the prospect’s real issues and customize the technology to solve them. On the other hand, mobile app companies do not typically need any customization.

The other major factor to consider before selecting a sales approach is where you see your sustainable advantage. Technology companies selling to complex organizations like government authorities may have to invest a lot of time talking to procurement officials and IT teams but once those boxes have been ticked they represent a significant advantage over the competition, which has not made the same investment.

Your choice of sales approach has an impact on the whole of your business as a startup. Following the ‘non-traditional’ approach requires a skilled product team that can excel at the user experience and a marketing team that knows how to build brand awareness across a wide user base. The ‘traditional’ approach will impose different constraints on product and marketing, for instance, the technology must be more configurable to different customer demands and marketing must be able to generate real demand for the sales team.

It’s also possible to combine aspects of both approaches, as long as it is well thought-out. Don’t try to gain additional competitive advantage by building a relationship with your customer’s CFO if you can’t point to a strong ROI case; and don’t rely on a user adopting your product quickly if it is too complicated and there isn’t immediate value to them.

A fight is breaking out in SaaS between two rival camps: sales and self-service. Learn how to create a go-to-market strategy that starts with product and seamlessly hands off from product to people.

by Kyle Poyar
Sales
Scaling Sales: What Are the Most Crucial Product Marketing Activities?

When an earlier stage company typically has a product ready to go, they feel the need to hire their first sales member. Shirin Shahin explains why the core pieces around proper sales training, alignment with product and feedback mechanisms need to be in place either before or very early as your team grows.