Time for Enablement or Training? Three Metrics Your Company Should be Tracking Today 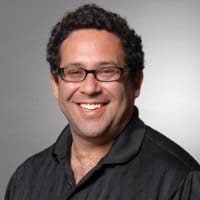 Bringing in outside training and/or building a sales enablement function is an expensive investment, yet it’s critical to the success of your sales organization.

But when do you do it?

Well as in life, timing is everything. Too early and your team won’t have the proper baseline or pipeline to measure the results of these efforts. Too late and they are locked into bad habits and poor practices that impact your scalability.

Regardless of your go-to-market strategy, arming your sales team with the tools, tactics and processes is paramount in their ability to execute. Here are three metrics that will indicate it’s time to pull the trigger.

1. The amount of deals that are ‘Closed Lost – No Decision’ has increased

Look at your ‘closed-lost’ deals. If you have more deals that have been lost to “no decision” rather than “competitor,” there is a high probability something isn’t working.

This specific metric indicates that your reps are either struggling with their closing techniques or with establishing value in the discovery phases of their pipeline. If you look at the pipeline across the organization, you’ll see a large bump in the middle of the funnel. This is because most of their deals will be stuck in that qualification or discovery stage. They won’t have many on the bookends of their pipeline, because they’re struggling with articulating your product’s value to their prospects.

So how do you fix this?

You’re not going to address this with a change of activity. You fix this with behavior training around the discovery and qualification stages. For example, a busy sales rep hears from a prospect –

“Thanks Kelly, this looks great, I just need to review the notes from the demo, share with my team, and I’ll get back to you.”

And now, because they’re so busy, your rep, Kelly, doesn’t get around to following up, and then pretty soon the deal, which was in Stage 2, is sitting there, collecting cobwebs. And this is not only happening to Kelly, but to all your other reps on the floor.

When your reps make discovery calls, they MUST CLOSE them. Most reps don’t do this because they are unsure what to close for. Build a playbook or arm them with training so that they know how to end a call with a close and a definitive next step. For example, that same prospect says to your rep, Kelly –

Prospect: “Thanks Kelly, this looks great, I just need to review the notes from the demo, share with my team, and I’ll get back to you.”

Kelly: “Well, what’s the easiest way for me to schedule 30 minutes with you so we can review yours and your colleague’s reactions to the notes from the demo?”

Now Kelly has set up another meeting with the prospect and can further qualify the opportunity. When your reps are closing discovery calls, you’ll see a decrease in ‘closed lost- no decision’ deals, and that bump in the middle of the pipeline will be evenly distributed throughout.

2. Your ‘Median Days in Sales Cycle’ is going up

As a sales organization matures, you should never see the median sales cycle go up – it should only go down. You have more market exposure and your reps should have a solid understanding of how to move their deals down the pipe.

We focus on the “mean” rather than the average so that we can best assess the time and days between each stage of the funnel.

So what does it mean when the mean goes up?

The most common culprits are that your reps are sending out proposals too early, and/or underqualifing their prospects. When you see that number go up, it indicates that there is a race to the proposal, without too much weight behind it.

These stages can be the fluffiest and murkiest in the sales process. Giving your sales team more structure, definition, and training will help them decrease the time in each stage.

Talk time – what does that mean?

A solid benchmark for talk time per rep is between 90 – 120 minutes per day. I’ve never seen any indication that a successful organization would have anything below 90 mins of talk time with their sales reps.

If you see this number start to dip below, that means that you have a lot of reps working on later deals, and are stuck in the middle of their pipeline.

The middle of the pipeline is a sticking point for many organizations, especially those who have a product-first strategy. Staying on top of these metrics will help you determine if/when it’s time to layer in training and enablement for your reps. It’s okay to rely on your product to drive your company’s success, but investing in your sales team can push your sales to the next level. Keep these key metrics in mind, and you’ll be able to judge when your reps need training, and where exactly in the pipeline could use improvement. You’ll see your reps crush their quota like never before.

Jeff Hoffman
Founder & CEO
Jeff Hoffman is President at M.J. Hoffman and Associates, LLC and creator of YourSalesMBA. A renowned sales executive and entrepreneur, Hoffman has consulted with industry leaders throughout the world on the topics of sales, sales management, and sales operations.
Twitter
LinkedIn
You might also like ...
Sales
Hi [firstname]: LinkedIn Message Automation Is the Actual Worst

We all get those terrible sales messages on LinkedIn that sound like they were written by a bot. Well, turns out that’s exactly what’s happening.

by Candyce Edelen
Product Led Growth
Why Are Salespeople So Afraid of Change?

Sales reps are going to miss product-led growth just like they missed account-based marketing. And their paychecks are going to suffer.

A curated list of the very best resources on sales interviewing, remote leadership, forecasting, and much more.