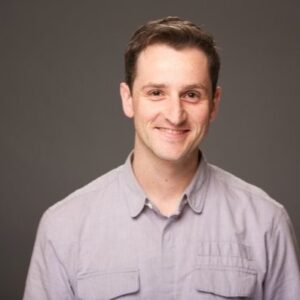 Usage-based pricing (UBP) continues its march toward becoming the dominant pricing model in SaaS. One of the thorniest topics that can slow down a company’s ability to launch and succeed with UBP is how to effectively revamp and align sales compensation plans to this more flexible and customer-friendly pricing approach.

For customers, the benefits of doing business with vendors that offer a usage-based pricing model are clear: use the products you want, when you want, and be billed when you do. And yet many software companies experimenting with, transitioning to, or already using UBP still primarily incentivize their salesforce to eke out as much upfront committed spend as possible. This practice invites unhealthy friction with their customers as well as misaligns incentives for their Salesforces.

For software buyers, the friction is apparent throughout their customer journey. It starts during pre-sales negotiations, when new customers are pressed for a bigger land deal than they need or want. It continues when the customers are ghosted post-sale by their once-friendly account team, who have since set their sights on their next transaction. The disconnect carries through to the next renewal or deal cycle, when the account team resurfaces with an unexpected and unwelcome contract increase—often suspiciously timed as their fiscal year-end approaches. All of these interactions can fry precious relationships with valuable customers.

Vendors not only bear the cost of these poorly managed customer relationships as they eventually churn, but they can also feel the squeeze from healthy, high-usage customers. Under a usage-based pricing model, customers simply continue to be billed as usage exceeds their original demand plan and/or committed contract value. In such cases, the happy path for both the customer and vendor is often to do nothing with the terms of the contract and simply pay for the additional usage at the pre-negotiated unit prices. But when sales is primarily incentivized to drive up the commit, the temptation to manufacture a bigger deal as soon as possible often leads to overly-discounted deal structures that kneecap long-term monetization potential from these high-growth customers who will be using 2x, 3x, even 10x+ more product down the line.

Changing your incentive structure is a major undertaking that comes with both financial and talent attrition risks if poorly executed. But consider the opportunity cost of inaction or insufficient action. Failing to properly harmonize your sales comp plans to your evolving pricing and business model presents a far greater risk to your company’s long-term growth trajectory.

So, where to get started in planning your consumption-based sales compensation plans? A natural place to begin is to decide on the metrics you will use to manage and pay your salesforce.

I have spoken with dozens of companies at various stages on their journey to UBP, as well as led the transformation of the sales comp program at New Relic as they adopted UBP. It is abundantly clear to me that we are still in the early days of consumption-based sales compensation for SaaS. This is evidenced by just how little standardization exists across the performance metrics woven into sales comp plan designs today at many leading UBP companies. For example, I’ve observed variations in approach across three key dimensions:

Below is a deeper dive into each of these three key approaches a company plotting its consumption-based sales comp plan needs to consider to define the sales performance measure(s) around which to build comp plans:

Total consumption treats all billable usage equally, regardless of whether it represents the retention of existing spend or capturing net new spend from new or existing customers. This makes it a particularly valuable metric for the team(s) accountable for driving the deployment, adoption, retention, and usage growth within existing customer use cases by taking a more holistic view of the performance of the book of business.

Incremental consumption on the other hand baselines your customers’ pre-existing pace of usage and only counts usage growth above this established baseline as sales credit. This makes it similar in concept to the bookings oriented New ACV metric that has dominated most subscription-based SaaS comp plan designs of the past ~20 years, which captures contractual increases in the committed cost of the customer’s recurring subscription. This focus on growth above a baseline makes incremental consumption a great measure for the account executive and technical pre-sales roles that typically are primarily accountable for finding and unlocking new revenue streams within new and existing customers.

Consider the odometer and speedometer on your car to think about the difference between these two approaches.

Actual consumption is the odometer, measuring cumulative usage incurred over the duration of a period. This metric provides a high-fidelity, stable measure of the actual usage charges your customer incurs over the course of the performance period.

A drawback to this approach is that it is highly sensitive to the timing within a performance period when a change in usage occurs. For example, growing product usage late in the period will barely move the needle on attainment within those final few days of the measurement window. This dynamic can create motivational challenges at times, particularly as the unknowns of next year’s territory and quota setting loom large.

Consumption run rate is the speedometer, measuring the pace of usage over a more recent period of time. Because it is a more current measure of usage rather than total usage logged, it allows for a more immediate recognition of success as usage growth events occur. This makes the approach less sensitive to the timing within the period when usage growth is unlocked, meaning a late-year win will be just as rewarding as a win achieved earlier in the year.

On the flipside, the speedometer can be a more erratic measure of performance, especially when customer usage patterns fluctuate significantly over the course of a performance period (e.g. usage seasonality, testing new features, etc). Additional commissions policies are typically warranted to help mitigate some of the potential commission cost exposure of unsustained usage spikes.

A common approach to transitioning from the traditional bookings/commit-oriented comp plan is to splice in a second metric focused on consumption in tandem with a continued focus on committed bookings. This dual approach certainly makes intuitive sense for a company navigating an overhaul of their sales incentives by preserving a “known entity” in tandem with the new model being introduced. And for companies where upfront cash flow and/or future revenues under contract (e.g. Remaining Performance Obligations) are first-order priorities, there is clear justification for sustaining at least some focus on committed contracts.

That said, a major risk with deploying dual-focused comp plans is that the overall sales incentive structure does not actually harmonize with the usage-based pricing model and instead can subtly (or not so subtly!) undermine it. Even when weighted as a secondary plan component, it does not take much of a commission rate premium for a salesperson (likely conditioned throughout their career in sales) to heat-seek for the biggest available deal now to maximize this month’s commission check, even if this approach sacrifices some greater trajectory of future monetization potential. And considering the many uncertainties the future holds for a given account executive’s future territory, quota, and/or sustained employment at the same company 1-3+ years out, optimizing for “right now” is entirely rational behavior when presented with a comp plan that rewards this outcome.

Removing the size of the committed contract from the comp plan can have multiple positive layers of impact. For one, it helps more naturally build a deeper level of trust and alignment with the customer by measuring and paying the salesperson on value realized (measured by usage of the product) as opposed to value promised (measured by pre-committed spend). It can also help flip the script at contract negotiation time. By removing the promise of a big commission check tied to the size of the deal, much of the previously perceived downward pressure on unit prices mysteriously vanishes! Think how much more favorable the vendor’s negotiating position becomes with the customer when it is now the customer pulling for a larger deal to get more favorable pricing without short-term sales incentives influencing the negotiation.

Concocting the right type of sales compensation plans for your company

So which approach(es) should you go with? This is a tough question to answer, especially considering how early we are in this trend, as well as the many variables that can factor into a company’s best path forward. That said, I believe the industry will coalesce around the following three best practices as a critical mass of companies shift to UBP and adopt consumption-based comp plans:

So… how the heck do you operationalize a change of this magnitude? Well, that’s a topic for another blog post. In the meantime, I hope this post helps you critically evaluate your company’s approach to sales incentives to best support your current or future usage-based pricing model. Don’t hesitate to reach out on LinkedIn with follow-up questions or comments!

Ben Chambers recently joined Databricks as their Senior Director of Sales Compensation Design and Analytics. He spent the previous six years leading sales compensation at New Relic, driving the transformation of their sales comp plans from the traditional bookings-oriented SaaS model to a consumption model during their transition to usage-based pricing. Before New Relic, he led sales compensation at Dropbox and Facebook, as well as spent time at Salesforce and Deloitte Consulting.

Ben Chambers
Senior Director, Sales Compensation Design and Analytics
LinkedIn
You might also like ...
Product-Led Growth
Building Sales Teams From The Ground Up In PLG Environments
I’ve spent over two decades in sales, starting in the nascent enterprise SaaS world at an early-stage startup going through...
by John Eitel
Sales
After You Announce: How to Win With Usage-Based Pricing
Usage-based pricing (UBP) is about change. Once you have launched your pricing model, a lot will change, including the initial...
by Steven Forth
Sales
How to Announce: Crafting the Right Message for a Usage-Based Pricing Launch
This is the second in a three-part blog series on launching usage-based pricing. Check back in the coming weeks for...
by Steven Forth