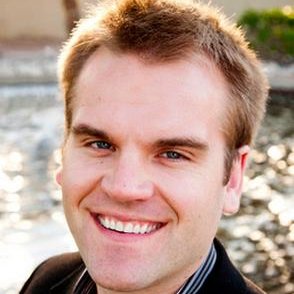 Editor’s Note: This is a guest post by Matt Smith creator of The Predictable Revenue Bundle, a bundle designed to help any salesperson leverage the tools and training of Silicon Valley’s best sales teams.

Web scraping has become a key activity for both the sales and marketing departments in last few years. In this post, I will give you a few practical ways to leverage scraping in your day-to-day. One of the best parts of scraping in 2015 is that the tools have become easy and free. Enter Import.io.

As you can see, I built a list of 60 leads in less than 10 minutes. However, this list is essentially just the first layer of data. Using Linkedin, virtual assistants, or apps like Toofr/Sellhack/SalesLoft I can find the decision maker’s name and email (see our PredRev bundle for a nice Toofr deal).

Scraping is amazing for helping you find the lead targets but you will need to add additional layers to the scraped data to make it valuable and actionable for your team. Scraping builds the initial foundation of the data set but you will need to use other apps or processes to build the next layer of data.

In conclusion, scraping tech like Import.io can be used in almost any sales and marketing role. From scraping a competitor’s entire product mix to pulling data off a single web page. The real power of scraping comes when you start to mix multiple data sources together in order to build a robust data set.

Like any new app, the best way to learn is to just start banging on it. Your homework is to recreate the scrapes and deliverables I executed above 🙂

If you are interested in a pre-selected package of lead gen apps (like Carb.io & Toofr) and lead gen training courses from people like Aaron Ross, checkout The Predictable Revenue Bundle.

Matt Smith
Director of Partnerships
Matt Smith is a SaaS sales and lead generation strategist who has helped several high-growth early-stage startups scale from zero to 8-figures+ in revenue. He is currently Director of Partnerships at adQuadrant.Previously he was the Director of Sales at StackCommerce.
Twitter
LinkedIn
You might also like ...
Sales
How to Hire Enterprise Salespeople