Women in Tech: How to Get Ahead in a Male-dominated Industry 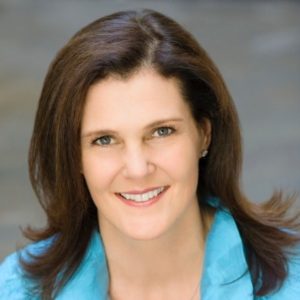 In the last few years, against great adversity, women have made encouraging strides in politics, entertainment and many other areas. Women are showing up, and they are leading. But, as far as we’ve come, we still have a long way to go, especially in the tech industry.

While there are some inspiring, standout stories of women in tech, the overall numbers don’t lie. Women are still fighting for every win in this male-dominated industry:

Ironically, these abysmal numbers stand in direct contradiction to the fact that having women in leadership positions is good for business. Fortune 500 statistics show that companies with at least three female directors have seen their ROI increase by 66% or more. And, the McKinsey & Company report on why diversity matters notes that companies in the top quartile for gender diversity are 15 percent more likely to have financial returns above their respective national industry medians.

Despite these obvious advantages, there are still many things holding women back, especially in the tech sector. A lack of mentors and role models is one of the industry’s biggest shortcomings. Gender issues ranging from unconscious bias to outright misogyny are also a major barrier, often driving women out of the industry before they have a chance to fulfill their potential. And there’s also the usual inequalities around growth opportunities and wages.

When I first started out in the industry, I didn’t really spend much time on these issues. Instead of thinking about myself as a woman in a male-dominated field, I simply thought of myself as someone focused on being the best.

In my early roles, I paid attention to how my peers succeeded, and I modeled my approach after theirs. The problem was that the vast majority of my peers were men. I started dressing like a man to look the part, and I started adopting stereotypically male behaviors like swearing and dominating conversations.

The masquerade-as-a-man approach worked until it didn’t. I was blind-sided by the fallout, but – in retrospect – the discomfort of that moment was a small price to pay for the realization that being a woman comes with inherent gifts and capabilities that can be a major professional asset, if only we’d allow ourselves to bring them to the table.

Every woman has a story. This is mine.

I grew up in Anchorage, Alaska where my early 80s high school experience included basketball, ice hockey and excellent marks in math and science. Since computer science wasn’t yet a thing, I ended up studying finance and business.

My career has always focused on digital products, so I had to get up to speed on the technology right from the start. I have taken on a variety of roles in product management, operations and consulting. I never wanted to box myself in, so I was prepared to say, “Yes” to a lot of things. The diversity of my experience drove headhunters crazy. Nonetheless, I’ve had the privilege of holding key tech positions at some really great companies including Charles Schwab, Salesforce and PayPal.

Today, I’m the Chief Technology and Operations Officer at DocuSign. This is the first time that the organization has had both these roles under one roof, so it’s a very exciting role for me to define and explore.

But, as I’ve already shared, when I was starting out, I hadn’t yet found my own style. Instead of being authentic to my feminine strengths, I was trying to outman the men. Unfortunately, trying to beat them at their own game while playing by their rules was a no-win situation for me.

Instead of earning the respect and success that I had hoped for, I earned my first negative review. It was harsh enough that I felt like I’d been sucker-punched. My peers’ perceptions of me were so far off from what I’d expected. Phrases like “too aggressive” and “too ambitious” came up a lot. Colleagues described me as abrasive, accused me of talking too much and felt I was trying to set myself up as the boss’ successor.

Crushed but determined, I devised a point-by-point plan to change my approach. I would adjust my style, tone things down and be as clear as possible about my actual career ambitions so that people wouldn’t make wild assumptions.

While I was doing all this soul searching, the company hired a professional organization to educate the men in the office about unconscious gender biases. Long story short, after two days of this training, the boss who had delivered my review offered me an apology.

Feeling vindicated, I found that I was now ready to bring my authentic, feminine self to the workplace. No more playing dress-up with men’s style suits and attitudes. I had finally realized that I could play the game on my own terms.

That isn’t to say that everything was smooth sailing from there. It wasn’t. Just because I had changed didn’t mean the environment had changed. It was improving, but there was no magic transformation. I still had to deal with things like someone quipping, “Next time, we’ll join you for a mani-pedi,” in response to my lack of enthusiasm for a team-building exercise that involved driving cars around a track at 170 miles per hour (for the record, I drove 55).

But because I was more relaxed about being myself and able to handle things in a way that felt natural to me, it was much easier to deal with whatever challenges came up. I was able to have conversations instead of confrontations. I was no longer afraid to tap into my emotions as part of my problem-solving toolkit. All the things that I’d feared were a liability became my strongest assets. I stopped hitting ceilings and started moving through.

I’m always happy to pay it forward by offering other women – especially those who are passionate, like me, about succeeding in tech leadership roles – find the tools and resources to help them step more fully into who they are and succeed without sacrificing their true identities.

The former Dean of the Kellogg School, where I earned my MBA, Blount is an internationally recognized thought leader in management and business education. She and other really smart people at Kellogg have done a lot of research on the problem of women not getting into senior-level positions. Her work on defining the three key pivot points in a woman’s career – launch, mid-career marathon and executive transition – provides really helpful long-term perspective that explains the different steps a woman needs to take at each stage of her professional growth. While a lot of the research focused on the importance of the launch phase – the first ten years of a career – it was reading about the need to sustain my focus during the mid-career marathon that helped me the most. During the mid-career stage is when a lot of the hard bits of life hit you and can derail you from achieving your professional goals. For me, it was my husband being diagnosed with stage-four non-Hodgkin’s lymphoma. We had an 18-month-old, I was pregnant with our second child, and my husband was in the hospital. Those are the kinds of things you can’t anticipate, but you still have to plan for them.

Gruenfeld does amazing work as a social psychologist researching how people are transformed by the organizations and social structures in which they work. She is the Moghadam Family Professor of Leadership and Organizational Behavior and the Codirector of the Executive Program for Women Leaders at Stanford. I was deeply inspired when I heard her talk about power, influence and the importance of body language.

The Clayman Institute at Stanford

Founded in 1974, the Clayman Institute is on a mission to advance equality through gender research. They provide a wealth of valuable information, mentorship and inspiration; and they have a reputation for affecting lasting change through their in-depth and collaborative work.

At the end of the day, success requires everyone’s participation

Years after receiving that harsh performance feedback, the boss who delivered that then-traumatic blow has become one of my greatest mentors. Change is happening all around us – on a cultural as well as an individual level. Most men want to do the right thing, but they need help (sometimes professional training) to figure out what that is. Sometimes, it takes an intervention just to get them to realize their own unconscious bias.

And, as women in male-dominated fields, we have responsibilities, too. We are responsible for how we show up, how we live into our power and how we proactively ask men to show up for us. This is a team effort. Everyone needs to do their part.

For myself, I’m just glad I’m not trying to outman the men anymore. That was not only ineffective, it was exhausting. I’m grateful for the opportunity to bring my skills, ideas and innovations to my work in a way that’s 100% authentically me. And I hope that as more women step up and step into their own way of doing things, that the tech world will start to realize just how much value we’re delivering.

You might also like ...
VC Insights
Price Smart, Hire The Best, and Prove Your Product-Market Fit: OpenView’s Predictions For 2023
As 2023 rolls in, businesses are still riding through choppy waters. If 2022 was any indication, there are a lot...
by Casey Renner
Hiring
A Founder's Guide To Hiring A CMO
The results are in! And unfortunately, they are not good. With the current economic situation we are in, the average...
by Harsh Jawharkar
Team Development
3 Ways To Prioritize Peer-To-Peer Learning In The Remote Workplace
The post-pandemic workplace—whether fully remote or hybrid—continues to present challenges for companies that want to keep employees engaged while maintaining...
by Mark Crofton