3 Ways Your Cold Email Campaigns Need to Change in 2020 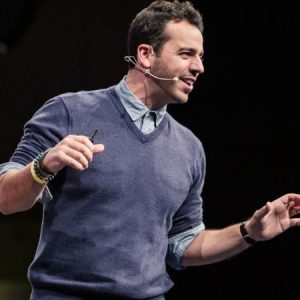 No matter the kind of software, product or service you’re selling, it’s easy to forget in today’s world of automation and artificial intelligence-powered tools, that at the end of the day—you’re still selling to real people, not robots or anonymous corporate entities.

Like it or not, those people you’re hoping to sell to have their own thoughts, feelings, motivations and reasons for making a purchasing decision about your offering that often extends beyond the simple question of whether or not there’s a clear business case at-hand.

Selling (and buying) has become more nuanced over the past few years, requiring more personalization and care. While email still represents one of the most effective channels for opening up a line of communication with your prospects, most salespeople are still sending cold emails like it’s 2015.

For the average business owner, manager and employee, there’s more noise than ever before when it comes to unsolicited calls, emails and even text messages—almost all of which are at least partially automated.

It’s not all bad news though, because therein lies an opportunity to stand out from the crowd.

When your competitors are all scrambling to send thousands of less-personalized, automated outreach emails every day in an effort to scale their sales pipeline, they’re leaving something all too important behind.

Let’s explore three crucial ways your cold email campaigns need to change in order to make a lasting impact (and close more deals) in 2020 and beyond.

1. Use an Intriguing Subject Line

If your inbox looks anything like mine, then it’s overflowing with poorly framed sales emails that begin with subject lines clearly written for the masses.

Here’s the problem for salespeople today—if an email subject line (from a sender I don’t recognize) doesn’t capture my interest, I’ll immediately delete it and move on to clearing out the rest of my inbox. Most busy people are doing the same.

When you don’t take the time to carefully think through a genuine, interesting subject line for your recipients, you’re dooming your cold email campaigns for failure before they even launch. And if your pitch emails are never even opened, they can’t sell very well either.

Here’s a prime example of a poor subject line in a sales email I recently got from someone pitching me on trying out their product at a discounted rate:

It’s rare that I receive a cold email featuring a subject line that actually catches my attention (in a positive way). But the ones that do peak my interest tend to either hint at something the sender has done that has benefited or could benefit me in some way—or are just vague enough to entice me into opening the email. I put these principles into practice in my own sales prospecting efforts as well.

Here are a few of my most effective cold email subject lines that still work best today:

Each of these subject lines are designed to do just one simple thing: capture the interest of my recipients in a way that encourages them to open the email and read on.

From there though, it’s crucial that the body of the email actually delivers on the promise of the subject line—otherwise it’s straight to the trash bin once your recipient reads the first line and realizes they’ve been duped.

The proliferation of automation tools in use across all areas of business—especially when it comes to sales tools like emailing at scale—has led to an explosion in not just the volume of emails we’re receiving, but also a degradation in quality.

But first, what is personalization really?

I’d argue that in the context of a cold outreach campaign, personalization can be as simple as showing the recipient you’ve taken even a small amount of time to research them, their company and craft a more custom-tailored message based on their specific situation and needs.

There’s no need to spend tons of time researching your prospects or go far out of your way to make grand gestures, but rather your focus should be on how to quickly establish a clear need and use case for your product—then clearly state the benefit and why you’d like a moment of their time to talk about the impact you’d be able to drive for them.

Oh and nothing sends a cold email to my trash bin quicker than seeing evidence of a mistake the sender made with their automation tools. From empty merge tags like “Hi {First Name},” to abnormal formatting and spacing throughout the body of the message, these are instant red flags that usually signal an email’s lack of relevance to me.

3. Use the Right Call-to-Action

Are your cold emails asking prospects to take the right action that’ll support advancing to the next stage of your sales process, or dismissing them? One of the biggest mistakes I see most sales emails make is that they’re either asking too much, or not enough.

If your prospects are taking the time to open your emails, but replies are few and far between, one likely culprit is that you’re making one of these common mistakes with your call-to-action:

Email is still an incredibly powerful tool for the modern salesperson, but like all tools—they need to be used in a manner that’s relevant and engaging.

Beyond just keeping pace with the trends, it’s more important than ever to take proactive steps to differentiate your approach from the masses. That’s why today, choosing to go the route of writing personalized, genuine and attention-grabbing cold emails will help you stand out from the crowd.

Steli Efti
CEO
Steli Efti is the CEO & co-founder of Close.io, the inside sales CRM of choice for startups and SMBs. Want to get his best startup sales advice? Claim your free Startup Sales Success Course!
Twitter
LinkedIn
You might also like ...
Sales
After You Announce: How to Win With Usage-Based Pricing
Usage-based pricing (UBP) is about change. Once you have launched your pricing model, a lot will change, including the initial...
by Steven Forth
Sales
How to Announce: Crafting the Right Message for a Usage-Based Pricing Launch
This is the second in a three-part blog series on launching usage-based pricing. Check back in the coming weeks for...
by Steven Forth
Sales Enablement
The First Steps of Product-Led Sales: Finding the Right Leader, Building Out Teams, and Fostering Sales Culture From Scratch
When we first started talking about product-led growth (PLG) at OpenView, a lot of rhetoric centered around how companies don’t...
by Casey Renner