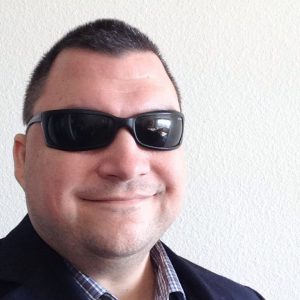 Struggling with high churn rates? It might be time to pump up your customer engagement.

Customer retention is a common struggle for expansion SaaS companies and often times, it’s simply the nature of the expansion beast. However, that doesn’t mean you should give up on customer engagement.
In this week’s Labcast, Lincoln Murphy identifies why you might be falling into high churn rates and offers tips and tactics for retaining high-quality customers.

“If you’re just sort of product-centric and function-centric, you’re not going to really take into consideration how an actual type of user out there, at an actual company, would come into the product. You might be, almost developing in a vacuum”

Labcast 111_ Lincoln Murphy on How to Manage SaaS Churn

Do you agree with Lincoln? How big of a role does customer engagement play in customer retention?

Lincoln Murphy
Customer Success Architect / Mentor
Lincoln Murphy is Customer Success Architect / Mentor for Storm Ventures. Previously he was the Customer Success Evangelist for Gainsight, where he drove thought-leadership in the areas of customer success, retention, and churn mitigation. Learn more about his customer acquisition and churn reduction consulting at sixteenventures.com.
Twitter
LinkedIn
You might also like ...
Product-Led Growth
Treating Your Data As A Product: Layering Product-Led Growth On A Tech Stack
Product-led growth (PLG) thrives on data. But as anyone who’s worked on a company's customer relationship management (CRM) tool like...
by Sam Richard
Sales
Value-Based Selling at monday.com: Solving Problems, Earning Trust, and Growing Accounts in 5 Simple Steps
When I joined monday.com nearly seven years ago, I was the 16th hire and was excited to be transitioning to...
by Aron Vuijsje
Product-Led Growth
Building Sales Teams From The Ground Up In PLG Environments
I’ve spent over two decades in sales, starting in the nascent enterprise SaaS world at an early-stage startup going through...
by John Eitel