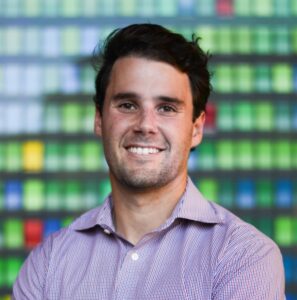 Product-led growth (PLG) has amplified a noticeable change in how companies think about customer acquisition. What was once an upfront investment with clear-cut milestones and handoffs between Sales and Customer Success (“CS”) is now a continuous and complex journey where the initial contract is just a company’s metaphorical foot in the door to a larger expansion opportunity (and bulk of the future revenue).

The function that handles most of that journey is Customer Success, a group that’s starting to rightfully get the attention it deserves. Because of PLG, the significance organizations place on that handoff and more importantly, expansion within existing customers, increases dramatically.

Now more than ever, CS teams must intimately understand and engage customers at every stage of their lifecycle, requiring unique tools that provide real-time insights into every aspect of the customer as well as automation and process management capabilities to turn them into actions.

“Successful customers are happy customers. Happy customers stick around and recommend your company to their friends. This is what makes customer success such an important part of any SaaS company’s success, and it’s especially critical for companies that employ a product-led approach to growth.” – David Apple, Chief Revenue Officer at ZingTree & Fmr Head of CS at Notion featured in OpenView’s BUILD Book 2019.

Before diving into its importance, especially in PLG, it’s worth providing background on the CS function and its relevance more generally. As the cloud emerged and companies moved from license / On-Prem business models to subscription, forward thinkers observed a gap in the customer journey.

Over time, it became a must to proactively engage clients post-sale. SaaS increased customers’ optionality – they could pay as they went and if they weren’t getting value, could leave at any point. This massively reduced total cost of ownership and switching barriers for customers and increased the post-sale importance for vendors. What that meant from an economics perspective was that contract value shifted from primarily upfront to extracted over a long period of time.

For example, with a traditional license model, customers pay an upfront fee for the license and then a recurring maintenance fee (~20%). With a subscription model, customers typically will pay a recurring monthly fee based on number of seats / users. Take the below graph for example. Say a customer costs $80,000 to acquire. With a license model, that acquisition cost is made up immediately with the upfront fee, so if they decide to churn, while not ideal, it’s not a financial loss. However, with a SaaS model, while the customer may actually be worth more over a 5 year period, it takes up until year 3 to breakeven, which means the customer must retain until then for the company to not lose money!

The Rise of Usage-Based Pricing and Customer Success

This is even pronounced with usage-based pricing, an increasingly popular pricing model implemented by software businesses. Because of its pay-as-you-go structure, customer optionality and buying power is even higher! With SaaS pricing, customers are paying for at least a month depending on the contracts. With usage-based, if they don’t see value daily or feel the need to use the product, they don’t need to pay at all!

As a result, the lifetime value of the customer was no longer packed in that first year of the relationship, but actually spread out across several years. Thus, renewals, retention, and expansion became key value drivers and subsequently, CS emerged as a critical role. For context, in Vitally’s State of CS Report, 77% of respondents believe CS will drive up to 50% of their company’s top-line growth in the next year.

How to Measure the Success of CS

CS is responsible for interacting with existing customers, ensuring they’re using the product most effectively, and finding ways to upsell and expand a customer’s overall usage. The way that’s most commonly measured is through Net Dollar Retention (“NDR”).

Any SaaS investor will tell you this is one of, if not the most important, metric that defines a B2B SaaS company’s health and long term potential. It can also be an influential driver in the company’s overall valuation. Our 2021 Financial & Operating Benchmarks Report highlights the impact topline growth has on public SaaS valuations as there’s a growing shift in prioritization from profitability to growth. However, I also believe the same could be said of NDR. For example, when looking at the current index of public SaaS companies (only those that reported retention data), the correlation shown below between EV / LTM Revenue multiple and Net Dollar Retention is actually higher than that of LTM Revenue growth.

While a number of factors influence public valuations, the idea that a 1% increase in NDR can drive valuation up more than 0.6x is impactful. The market is basically saying we’re going to place a premium on companies that not only retain customers, but have created such an indispensable product, that they will continue expanding over time.

“Customer success is where 90% of the revenue is” – Jason Lemkin, CEO and Founder of SaaStr

This is the first of many pieces I’ll be writing for the OpenView blog, you can find me on LinkedIn and Twitter.

Chris Gaertner
VP
Chris is a Vice President at OpenView. He is responsible for finding, evaluating, and executing B2B software investments, with a focus on PLG and the modern enterprise.
You might also like ...
Onboarding
Your guide to self-serve onboarding: How to get your product to sell itself
In a self-serve environment, your product has to sell itself. The first-day experience is the most critical part of the...
by Kyle Poyar
Customer Success
The Customer Success Managers' Role in a Product-Led Growth Business