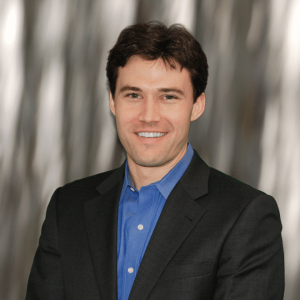 Vorsight co-founder Steve Richard reveals the secrets to getting the most out of your lead generation reps.

In many companies, outbound prospecting reps reside at the bottom of the sales organization hierarchy. Sure, they play a critical role in prospect engagement and lead generation, but it’s sales reps who ultimately convert those prospects into real revenue, and that’s typically the argument for focusing more time and attention on coaching that role.

The problem with that approach, however, is that sales reps aren’t often the team members who could benefit most from coaching. Instead, suggests sales expert and Vorsight co-founder Steve Richard, it’s a company’s eager — and often more malleable — lead gen reps who typically reap the most from management mentorship.

“With lead generation reps, you’re predominantly dealing with people who are just starting out and want to grow in their careers,” Richard explains in this video. “These are people who crave guidance and opportunities to work with their boss or senior executives in the organization.”

They’re also the people who tend to have the most conversations and interactions with prospects and clients — the tip of a sales organization’s spear, as Richard calls it. The sharper those team members are, the more effective they become as a sales weapon.

“I would suggest that lead generation is actually the most important function in the organization to coach. Companies need to make more of an effort to provide them the mentorship opportunities they crave, because that coaching will improve the performance of the individual and, ultimately, the company as a whole.”

Consistency is Key: How to Set Up a Coaching Rhythm

Of course, not all coaching is good coaching.

So, what’s the “right” way to coach your lead gen team? According to Richard, effective coaching starts with consistency — ideally three to five hours of dedicated coaching time per month, per rep.

According to research completed by Corporate Executive Board, reps who receive consistent coaching ultimately reach 107 percent of their quotas, versus 90 percent for those whose training is sporadic.

“For most companies, coaching is a ‘when I have time’ activity, rather than a top priority,” Richard explains. “So when managers get distracted by other projects, that mentorship is usually the first thing to go, and that’s a big mistake. For your coaching to be successful you have to commit to a cadence. It has to be habitual, like brushing your teeth or tying your shoes, to where you don’t think about doing it, you just do it.”

Consistency is one half of effective coaching. The other, Richard says, is delivering that mentorship with the right coaching model. To improve your coaching process with lead generation reps, Richard recommends implementing these six tips:

Importantly, Richard warns against the temptation to overcoach, as well.

“If you’re coaching an athlete, you aren’t going to pick 10 or 12 things to work on all at once,” Richard explains. “That would just confuse and discourage that person. Sales coaching is no different. Hammering reps about half a dozen things they’re doing wrong will be counterproductive. Instead, identify the one or two things that are likely to have the biggest impact, and encourage the rep to practice and repeat those things until they become muscle memory.”

Determining Which Reps Will (and Won’t) Be Coach-Able

In a perfect world, every lead generation rep on your team would respond to and flourish from your mentorship. The fact of the matter, however, is that some segments of your team won’t be at all responsive to coaching.

The best way to determine which of your reps fit into the latter category is to split your team into three distinct groups:

In Richard’s experience, rock stars may or may not be receptive to coaching, but they probably have very little room to improve anyway. Low performers, on the other hand, often won’t respond to your mentorship for another set of reasons (i.e., lack of motivation, disinterest in the role, lack of core skills, etc.), and if you’re not careful that group can deplete the majority of your time and resources.

That’s why Richard suggests focusing primarily on the fertile middle ground, a group that is very often on the precipice of greater success but just needs a gentle coaching nudge to get there. If you can inch those reps closer to becoming rock stars, you’ll be well on your way to a healthier pipeline.

“You need to provide everyone the opportunity to look in the mirror and receive coaching,” Richard says. “But if you have people who are resisting coaching, not responding to your mentorship, or who are generally wasting your time, then you have to know when to cut bait with those people.”

Steve Richard
Co-Founder
Steve Richard is Co-Founder of Vorsight, the Sales Training Provider of the Year three years in a row, according to the AA-ISP. Steve has been featured in The Harvard Business Review, The Washington Business Journal, The Washington Post, CNN/Money, and is a CNBC guest contributor. Outside of work, Steve volunteers for Columbia Lighthouse for the Blind and enjoys diving, skiing, running, and spending time with his growing family.
Twitter
LinkedIn
You might also like ...
Sales
Go-to-Market Motions: How ZoomInfo Responds to Every Lead Within 90 Seconds

The difference between good and great is smaller than you think. When companies work continuously to close that gap, they thrive. Here’s how ZoomInfo did it.

by Henry Schuck
Sales
How to Lead a Remote Sales Team

A new, scaling startup sales team requires hyper-attention under the best of circumstances. Add in the challenge of going remote overnight—as so many of us did earlier this year—and leading a team might feel like treading water.

by Anna Talerico
Sales
How to Hire Enterprise Salespeople