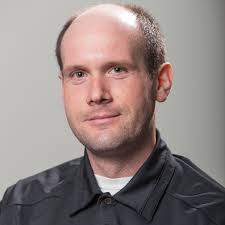 Nobody has ever accused Domo CEO Josh James of being boring.

Whether he’s using giant blue roosters to motivate his sales team or mailing Disney dolls to the media to announce a big company win, James refuses to rely on traditional tactics.

So far, his unconventional approach has served him well. As CEO of Omniture, he guided the company to a $1.8 billion acquisition by Adobe. Now, his new company Domo, a business intelligence startup he founded a few years ago, has raised more than $250 million and is growing like crazy. With growth comes challenges, of course, and at the top of the list is building out teams with the right people.

I’d like to share a quick story that shows just how far James is willing to go to recruit top sales talent.

James has been known to relentlessly pursue sales superstars. One time, he had his eye on a sales rep who was making $400,000 a year.

“Why would he want to come over to our company?” James remembers thinking, as he mentions in this presentation on YouTube. “I don’t have a comp plan that guarantees $400,000. But because he was so good and he’d been beating us, we said, ‘Okay, we’ll guarantee you $400,000 for three years.’ ”

Sometimes money alone isn’t enough to lure high achievers. James, who is allergic to cats, had to make his recruiting pitch in the salesperson’s home with about nine cats crawling all over him.

“But, you know, he came and took the job,” James says, “and never once did I have to worry about paying him his guaranteed amount regardless of performance, because he was always making so much more than that based on the deals that he was closing.”

Winning CEOs are willing to do whatever it takes to acquire elite performers. After all, companies spend small fortunes on marketing and sales leads. It would be foolish not to invest in top-notch closers.

“When you find them, you do unnatural things to get them to work in your organization,” James says, “and then that rubs off on so many more people.”

James wants salespeople who are relentlessly driven to make money.

“If they’ve leveraged themselves to the hilt, and they’ve got four mortgages on their house, that’s great. Bring that person to me,” James says. “Someone who grew up dirt poor, who got slighted, who didn’t make it into the school they wanted to, who got turned away from medical school and then decided to be in sales. Those are the people that I love because come hell or high water, they’re going to make money.”

He structures his comp plans to encourage go-getters to dash for the cash.

“I love having salespeople who approach a million bucks or make a million bucks,” James says, “because any time you have a salesperson making that kind of money, he’s going to recruit 10 additional people because he is going to show them his tax returns.”

James go so far as to suggest that a smart CEO should offer his top sales reps a bonus to post their tax returns on Twitter. It might raise a few eyebrows, but it would be the best recruiting tool in the world.

If you’d like to learn more about how to identify and hire the right salespeople, download the free eBook, “Data-Driven Hiring: Scientific Selection of Sales Stars.”

How do you find and recruit top sales talent? Share your thoughts and stories in the comments.

Download our free Sales Interviewing Quick Guide to make sure you’ll get the best reps and the best results.

Leo Dirr
PR Journalist
Leo Dirr is a PR Journalist for InsideSales.com, where he creates content that answers tough questions and solves everyday problems for today's busy inside sales professionals.
Twitter
LinkedIn
You might also like ...
Sales
Value-Based Selling at monday.com: Solving Problems, Earning Trust, and Growing Accounts in 5 Simple Steps
When I joined monday.com nearly seven years ago, I was the 16th hire and was excited to be transitioning to...
by Aron Vuijsje
Product-Led Growth
Building Sales Teams From The Ground Up In PLG Environments
I’ve spent over two decades in sales, starting in the nascent enterprise SaaS world at an early-stage startup going through...
by John Eitel
Sales
After You Announce: How to Win With Usage-Based Pricing
Usage-based pricing (UBP) is about change. Once you have launched your pricing model, a lot will change, including the initial...
by Steven Forth