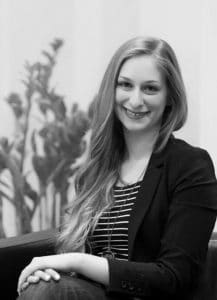 Over a thousand CEOs were interviewed about the #1 threat to their business and 80% said: a scarcity of skills in the job market.

While hiring all talent is tough, hiring executives can be particularly excruciating. Competition for top talent is fierce. Employers’ demand far outpaces the talent pool. And the specter of making the wrong decision looms large—one wrong hire is all it takes to poison a culture.

Steve Melia, Talent Partner at OpenView, knows this struggle intimately. He hires dozens of executives every year for OpenView portfolio companies like Expensify, Highspot, and Calendly. He’s advised founders through many a grueling hiring round and he’s cracked the code on how to orchestrate a seamless process—from cold outreach all the way through to signed offer letter.

1. Consider “seconds-in-command” instead of just past executives

The hiring pool for executives is frustratingly small. For every qualified candidate, there are myriad recruiters trying to snatch them up. That’s why Steve recommends widening your hiring pool by considering the “second-in-command” to an executive instead of restricting to just proven former C-suite executives.

For example, if you’re looking to land a new chief revenue officer, you may be thinking, “I want someone who’s done it before.” But if you consider a regional lead, such as a SVP of North American Sales, says Steve, they may be owning 75% of the company’s revenue target. They’ll be tactical experts with enough second-hand strategic knowledge to grow into the leader your business needs.

Founders often assume that “time in the seat” is the most important indicator for future success. But you’d be wrong, says Steve. Up-and-comers also are often extremely eager to please. They’re less likely to be complacent or rest on their laurels. If you invest in their potential and give them the opportunity to grow into a full-fledged executive, they are likely to reward you with deep loyalty and hard work.

2. Resist being overly enamored with a candidate who either “checks all the boxes” or has a dazzling personality

One of the most common red flags Steve sees founders ignore? A candidate who checks all the boxes, but isn’t a culture fit. “They may be extremely qualified, but that doesn’t mean they’re qualified to run your company,” says Steve.

Conversely, don’t get over-excited by your personal rapport with a candidate. Steve has seen founders be a little more forgiving for technical shortfalls in these scenarios, only to regret it later. Make a scorecard that includes criteria for job skills as well as culture fit. Trust the scorecard to be consistent when you’re prone to getting swayed. Don’t let yourself get seduced by just a winning personality or technical skills—you need a balance of both in a successful executive.

3. Reach out directly as CEO to get candidates’ attention

Imagine you’re a seasoned CMO with a couple exits under your belt. Recruiters are fighting for a coveted slice of your time. Each one is convinced that theirs is the most attractive opportunity. In reality, you get 10-15 of these “one-of-a-kind” offers every week and can’t hit snooze quick enough on the deluge of outreach.

What’s more likely to capture your attention and curiosity—another routine poaching attempt from a recruiter in your InMail? Or a thoughtful email from a CEO who shares their story and wants to entrust you with growing their baby?

While it’s a little unorthodox, Steve has seen great success when CEOs reach out to candidates directly. It’s how he helped a midsize tech company land a highly sought after CMO this year. As a founder, you may be extremely busy and expect the white-glove service from the recruitment firm you’re hiring. But your clout and personal brand mean a lot to candidates—and might just be your most powerful tool for cutting through the noise.

If your recruiter reaches out to a candidate who doesn’t engage right away, some founders interpret this as standoffish-ness and take it as a negative indicator. But this is simply not the case, says Steve. Many candidates are passive—according to the Harvard Business Review, the majority of people who accepted new jobs last year weren’t actually looking for one. Since less than 10% of recruiting emails are personalized, outreach from a CEO is a no-brainer to pique the interest of candidates.

“You have to put pride aside,” says Steve. “There’s no shame in going the extra mile to illustrate why your company is special. It might seem dead-obvious to you as its founder, but top candidates need to hear the story from you for the message to land.”

Bonus tips to get their attention in this outreach:

Want the unfiltered truth? You’re unlikely to get it from official references, says Steve. A candidate will never give you a reference who isn’t poised to give a glowing review. That’s why Steve recommends leveraging your network to find mutual connections you can use as backchannel references.

Steve was recently helping a company hire a sales executive who seemed bright, sharp, and perfect for the role. She hit it off with the CEO, and after their first few meetings, they were almost ready to expedite the hiring process to close before she got offers from other companies.

“Want the unfiltered truth? You’re unlikely to get it from official references.”

Steve sought out a backchannel reference to be extra sure, and called up her boss from a couple jobs ago—where she only stayed for a brief stint. Her former boss gave it to him straight: She was a toxic person in the culture. Multiple people on her team quit. Prospects were turned off by her aggressive demeanor.

To ensure that one sour relationship wasn’t unfairly skewing his picture of this candidate, Steve did more digging and he got consistent feedback. Her attitude was a deal-breaker. Ultimately, the backchannel reference helped the team narrowly avert a crisis.

Conventional interviewing wisdom dictates that evaluating for culture comes last—after the candidate has cleared all formal hurdles. But smarter searchers do it differently, according to Steve. He recommends interspersing mini-evaluations of culture fit throughout. This could mean casual social events like dinners, drinks, or an invite to a company event during the process. It could also be a few personal questions to break the ice at the beginning of a formal interview or at the end to wrap up.

Here are a few ideas for thoughtful questions to dig deeper into candidates’ personalities:

“‘What do you do for fun?’ If the answer comes out fast, it’s usually their passion. I get the most amazing answers to this question.”
–Peter McKay, CEO at Snyk

“Take two minutes and remember the toughest decision you had to make in your life. What were the learnings from the process?”
–Ashvin Vaidyanathan, Chief Customer Officer at Gainsight

“If you could go back in time and leave yourself a 30-second voicemail when you started your last role, what advice would you leave for yourself?”
–David Apple, Head of Customer Success at Notion

(Check out this post for more interviewing inspiration from SaaS leaders.)

Another convention Steve recommends shirking is talking to references (both official and backchannel) at the end of the process. Steve recommends bringing it earlier. A past boss might shine a light on a possible flaw or misaligned priorities. Surfacing this information earlier makes it much easier to have unrushed thoughtful conversations to probe about it versus unearthing a doozy after all formal rounds.

But one major reason Steve sees companies miss the mark on diversity is time constraints. When pressure is high to fill a key role and the cost of waiting to find the ideal candidate is high, that’s when Steve sees companies concede on hires who don’t contribute to a diverse workforce. A typical executive hiring process can take 4-8 months, and an emphasis on diverse candidates is likely to take even longer. Steve recommends budgeting your time accordingly so you allow time to source a hire who contributes to team diversity.

“Two out of three job searchers are more likely to accept an offer from a company whose workforce is diverse.”

“There are a lot of great emerging technology platforms people don’t know about to increase diversity amongst executive hires,” says Steve. He’s personally a fan of AboveBoard, an online service that specializes in VP+ level candidates from diverse backgrounds. According to their website, one of the biggest problems in executive hiring is that it relies on existing networks, which are likely to be homogenous pockets of privilege. AboveBoard opens up a closed system, connecting applicants from a wide variety of backgrounds to employers looking to broaden their search.

7. Make qualified candidates come to you

If you think the thrill of the chase is exciting, wait until you feel the thrill of qualified candidates knocking on your door. While so much of executive recruitment relies on luring passive candidates out of their comfortable positions, the best recruitment efforts balance the push and pull—and focus as much on attracting candidates as chasing them.

By growing a following on social media, publishing thought leadership blogs, or speaking at industry events, you can showcase your company’s unique story and engage like-minded folks. This is much more of a long-term strategy than a transactional “one-and-done,” but the saved effort in the long run more than pays for itself. A strong employer brand reduces turnover by 28% and cost-per-hire by 50%, according to a study by LinkedIn.

“It’s so much easier to grab a moment of someone’s time when they already know who you are and admire you,” says Steve.” Creating buzz around your company—by getting listed as a top place to work, or appearing on the Gartner Magic Quadrant—warms leads before you start pursuing them.

Here are Steve’s top picks for C-suite executives who are pros at employer branding—follow them for inspiration as you start to beef up your own brand:

While hiring today is one of the hardest parts of being a CEO, it’s only predicted to get worse. By 2030, Korn Ferry predicts there will be a global talent shortage of over 85 million people. Unless the hiring pool gets wider, that could mean a staggering $8.5 trillion will go unrealized in the global economy.

That’s why smarter hiring practices are an urgent imperative. Putting a concerted effort into better hiring today will give your company the best chance of coming out on top tomorrow.

Riviera Lev-Aviv
Writer and Strategist at Fenwick
Riviera Lev-Aviv is Writer and Strategist at Fenwick, a writing studio that specializes in clear and compelling B2B content. When Riviera isn’t writing about herself in the third person, she’s probably either reading, dancing, or (her personal favorite) reading about dancing.
Twitter
LinkedIn
You might also like ...
Hiring
A Founder's Guide To Hiring A CMO
The results are in! And unfortunately, they are not good. With the current economic situation we are in, the average...
by Harsh Jawharkar
Hiring
Your Guide To Your First GTM Hire: How To Scale Your Team To Accelerate Growth
Who should be the first go-to-market (GTM) hire at an early startup? This isn’t a new question, to be sure....
by Kyle Poyar
Hiring
The Fight for Tech Talent Isn't Over—How To Pivot Your Hiring Pitch for the Market
It feels like every other day there’s a new headline about another tech company’s round of layoffs or hiring freeze....
by Steve Melia, Maggie Crean