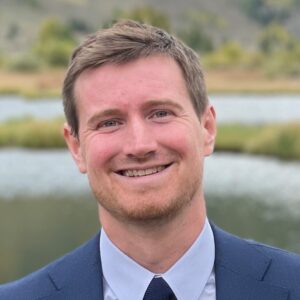 Companies everywhere are reducing spending, regardless of how much runway they have. People are uncertain about the future, choosing long-term optionality instead of those all-in bets you’ve seen in the past.

It’s safe to say that business is not like it used to be. In these uncertain times, tech leaders are turning to benchmarks to help ground their business decisions despite the state of the market.

We at OpenView recently released our 2022 SaaS Benchmarks report, where our research unveiled the power of net dollar retention and customer acquisition cost payback. In a recent BUILDing Together session we hosted, participants had an opportunity to discuss the report and learn from experts in the space: Calendly CFO John McCauley, and PartsTech CFO CJ Gustafson. The conversation ranged from tips for practicing efficient growth, how to apply report findings to their day-to-day job, and planning for next year.

How Calendly plans for efficient growth

In the past, it was relatively easy to get approval for hires or place big bets on business growth. Today, the focus is on efficient growth. But what does that look like in practice?

For John and Calendly, planning for efficient growth in 2023 starts with looking back at the past.

“We looked at the growth rate of ARR over the last four or five years, and we overlaid that with the growth in headcount,” said John. “Calendly has scaled to a point where growth rates are coming down slightly. We’re still growing substantially in absolute dollars, but headcount was increasing at a rate that was faster than ARR.”

The good news is that as the new hires from 2022 ramp up into their roles, John predicts that they’ll begin seeing a corresponding increase in value from Calendly’s employees in the coming year.

“Setting context about all the people that [we’ve] added and the fact that [we’re] going to get a full year of their efforts coming up has been a big part of our planning for next year,” he said.

Finance leaders understand when it feels like you’ve been running in circles, asking people what they want, then having to go back and ask them to make cuts. However, setting the context prior to planning can help to mitigate any back-and-forth and increase executive alignment.

“[We’re trying to] be really intentional about what we want that Rule of 40 P&L to look like next year—before we even start talking about the investments we’re going to make,” John shared.

With such a recurring business in both revenue and expenses, Calendly is in a prime position to dig into run rates. What John’s team does is take the expected December 2022 run rate, multiply it by 12, adjust for inflation, and compare it against next year’s expected revenue to determine next year’s margins (if the company doesn’t add another dollar of investment).

“Then we think about the P&L (profit and loss) that we want to have next year, and we back into what we call your investment envelope,” John explained. “We give a lot of freedom to our executives to go design how they want to spend that money. But if you really put it in that context—‘Your run rate’s already this, your investment envelope’s going to be this’—it really narrows the focus of their decision-making to that investment portfolio.”

In this environment, however, John acknowledges a significant overhang in planning—the increased volatility surrounding your predicted revenue number. To account for that, John ensured that they gave themselves enough wiggle room. “Just being mindful of the fact that the economic conditions are shifting pretty dramatically right now for everybody, being mindful of that and knowing that we just got to monitor it very closely, giving ourselves more cushion.”

Metrics to track for balanced growth

Balanced growth is a buzzword CJ hears thrown around all the time.

“To me, it really just means that no company is better than their metrics,” he said. “We all like to think that we’re special, and that may be the case, but you still have to prove it with your numbers.”

When he sits down to build the P&L for PartsTech, he triangulates between three key metrics that he recommends all startups closely monitor:

“I really love [net retention] because it allows us to test if we’re successfully growing our platform and making customers stickier over time. You can impact net retention by pulling one of four levers,” he shared.

“We’re seeing it play out at PartsTech where we added a second product,” he continued, “And it’s a subscription module. We’re seeing higher net retention on our platform since adding it, which means we’re essentially growing wallet share over time, which you want to see.”

“This tests how much cash you’re burning for each incremental unit of growth,” CJ said. “Unlike the metrics I mentioned before, this one isn’t just purely focused on go-to-market—it’s the entire business. You can test over time, ‘how much am I paying for each incremental unit of growth, and do I feel comfortable with that?’ It’s the third leg of the stool when you say balanced growth.”​​

Leaders are making cuts and being careful about placing their bets in 2023. Regardless, as a business leader, you will still need to respond dynamically when opportunities arise.

For example, if inbound traffic increases but the business doesn’t have the bandwidth to take advantage of it, you may find yourself having to balance seizing opportunities and being cautious with spending.

“We’re now in a market where discipline is probably getting valued better than just growth alone. We’re seeing this reversion back to the Rule of 40 and away from growth,” said John. “You’ve got to think about every dollar that you spend—are you willing to give up an incremental unit of growth to keep that dollar in the bank to give yourself flexibility in the future, or do you want to put that dollar to work and take a risk on a particular growth factor that may come to fruition?”

Fortunately, Calendly is well-positioned to afford taking some risks in this environment, and John sees product and research and development as the most appropriate areas to prioritize risk-taking. That’s not to say all bets are worthwhile.

“I would probably be a little less excited to take sales and marketing big bets right now. I’d probably have them more on the R&D and product side, such that when this market starts to normalize and be ready to run, we’ll have the product to deliver for that,” he clarified.

According to CJ, innovation remains an imperative even in a downturn: “It’s sometimes riskier to pull back on innovation because when things come around, you don’t want to be sitting there empty-handed without something new and innovative to sell.”

How to operationalize benchmarks

Though benchmarks are useful for comparing your business to others in the industry, it’s not enough to just scroll through a report. To reap the benefits of benchmarks, you actually need to operationalize them.

“It’s more art than science at the end of the day—or maybe it’s something in between,” said CJ. “As a private company, a lot of times I feel like you fall into this trap where you’re comparing yourself to companies that are a lot bigger than you, or past the life cycle that your company’s in. That’s why I try to look at everything, but then try to keep it simple at the end of the day.”

Of all the benchmarks included in OpenView’s SaaS Benchmark report, CJ’s two favorites are among the simplest:

“[This] is a cool evolution over time that you can use and size up against your company’s ARR or revenue growth—because you only have 100 percentage points to go around, and no matter how you slice it, you’ve got to figure out where to put those points,” he explained.

For CJ, this metric has been especially helpful during some tough conversations he’s had to have. “I like to rely on that report that [OpenView] put out and keep it in my back pocket so I can say, ‘We’re trying to be best in class. This is what other companies that look and feel like us were at at this stage. This is the composition that we should go for next year.’”

An extremely simple metric, revenue per FTE or ARR per head is straightforward enough to cut through all the noise.

“You can’t hide from it. It’s literally just the revenue over the number of people on board, and it should go up over time,” CJ said, “What I thought was cool about [OpenView’s] report is you can see that you want to be in that $250-300K range per employee once you reach scale, or a hundred million in revenue. That’s always a helpful rule of thumb that I refer to.”

What to do when you’re coming up short

Benchmarks are most powerful when they shed light on areas where the business is falling short. But once these areas are identified, the next step becomes finding ways to move the needle on the metric in question by addressing the business problem it’s reflecting.

CJ’s approach begins with deciding if missing a metric is a legitimate cause for concern, or if it’s just a reflection of their current phase in their business life cycle.

“I like to use the analogy that sometimes during your growth, you’ll have big arms and skinny legs. What I mean by that is you may have some growth spurts where a couple things get out of whack,” he explained.

For example, general and administrative spend might be higher than benchmarks suggest, but perhaps it was a strategic decision to invest in that area to increase efficiency down the road.

John also knows that when you’re coming up short on a metric, diving into the numbers alone won’t be enough.

“We use the inside numbers within the walls, but it usually informs our product team to go talk to customers about things that we’re seeing and why they’re occurring. Then we develop product roadmaps that directly relate to that.”

With budgets tightening across the board, it’s not uncommon for software companies to feel understaffed. As a finance leader, it’s easy to feel like you’re always shooting down other people’s big ideas in the name of austerity. While you may often have to be the voice of opposition, it’s important to remember—and remind others—that you’re ultimately all on the same team.

“When people come to me with requests, a lot of times they’ll come from the angle of just thinking that I’m going to say no,” said CJ. “I’m not the CF-No—I’m here to help make sure we have enough fuel in the car for this journey.”

Casey Renner
Partner at OpenView
Casey leads the end-to-end strategy & programming for OpenView’s network of industry experts, advisors & corporate partners. partners. Her role is focused on creating connections between founders & their teams and the partners, advisors, board members & events they need to reach their goals. Additionally, she manages the OpenView portfolio peer networks and hosts the #WeeklyWalk series.
LinkedIn
You might also like ...
Metrics & Benchmarks
Benchmark Your SaaS Business Against Metrics That Matter
Every year for six years, we've surveyed, analyzed, and reported on the benchmarks that define SaaS growth in our annual...
by Curt Townshend
Metrics & Benchmarks
How Do You Stack Up?
Our team at OpenView, in partnership with Chargebee, launched the 6th annual SaaS Benchmarks Report on Monday. The report includes...
by Kyle Poyar
Metrics & Benchmarks
SaaS Contribution Margin: Discover Where Your Money Maker Lies
Challenging capital markets—like the one we're in—are a call to revisit product roadmaps, analyze their profitability, and gauge their effectiveness....
by TJ Thinakaran