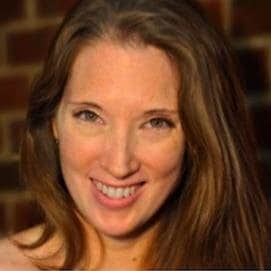 At product-led growth companies, there’s been confusion around who owns “growth.” Is it the product team? The marketing team?

The tl;dr is that it’s a mix of the two, but now we’re starting to see more and more companies set up actual growth teams. As in: a formal team entirely dedicated to growth. While this is a step in the right direction, it’s not always enough. Outcomes can fall short if a company overlooks the critical role cross-functional collaboration plays in any successful growth effort.

OpenView Partner Blake Bartlett recently got into this topic with Lauren Schuman on the OV BUILD podcast. Lauren is currently VP of Product Growth for MURAL, and she was previously Director of Marketing Optimization (a growth role) at Mailchimp. Lauren’s success at both companies is built on an intentional approach to cross-functional collaboration that blends her marketing background with her ability to “speak product” in a way that allows her to facilitate joint problem solving.

Listen to the full episode below, or scroll down to read three key highlights from their conversation about what it takes to build an effective and successful collaboration between product marketing and growth.

1. To build a strong team, solve problems together

“When I was first getting the growth domain off the ground at Mailchimp, I learned quickly that some of the existing product folks were wary of a marketer joining as their leader,” Lauren says. “They had this view of marketing as being kind of icky. I had to earn their trust.”

Lauren set out to prove that marketing is much more than just selling stuff—it’s about solving problems, which is what product teams live and breathe every day. Expanding the team’s perception of marketing helped her get their initial buy-in on the idea of growth.

“Once I had them bought into the problem we were solving, we could collaborate on every part of the process,” Lauren explains. “We solved problems by working together on ideation, reviewing data, analyzing research, and even reviewing experimentation results. The team got really excited when we got the results of an experiment or other effort we had run.”

Lauren originally joined Mailchimp to build out an experimentation practice, but she had loftier goals. She wanted to convince the organization—especially product leadership, who were skeptical—that a growth practice could help Mailchimp reach their goal of driving more paid users.

It didn’t hurt that Lauren’s skill set sits at the intersection of product and marketing. “I have an undergrad degree and a graduate degree in marketing,” she says. “But I’ve actually held very few traditional marketing roles. I really like applying a marketing-oriented mindset to product. I find that a lot of marketers don’t speak ‘product’ super well, and a lot of product folks don’t speak ‘marketing’ very well. This can make collaboration between the groups kind of bumpy, and solving complex problems very difficult. I feel like I’ve often been able to be the bridge between marketing and product, which helps me serve as a connector to facilitate better and more effective joint problem solving.”

2. To increase support for growth, do some internal marketing

Most of us don’t like change, even when we know (or hope) it might be good for us. When something is new and different, we tend to hedge our bets.

Knowing this, Lauren prioritized visibility and transparency from the start. Her approach was to build support by acting as if the growth team were a small business that needed to build a content network to share useful information and knowledge across the organization. The key: Don’t do the same-old, same-old.

“We wanted to communicate with the organization in a way that was attention-grabbing, fun, and interesting,” Lauren says. “We couldn’t just rely on the usual Slack message or email.”

Sticking with the idea of running the team like a small business, Lauren developed an internal marketing and communications plan that included a variety of unique and creative types of content and channels:

3. Be prepared to engage other teams on projects

Sometimes it’s not actually the growth team who drives growth. They might uncover an opportunity, but they may not have the access or skills to take advantage of it.

For example, Lauren’s team had been working for more than a year to drive activation, which was necessary to influence the North Star metric of increasing paid conversion. But although they’d run research, analysis, and experiments, and they’d launched some improvements, they weren’t seeing the level of change at the scale they needed.

Everyone was getting frustrated.

To figure out what was stalling their progress, the team conducted a usability study—and it turned out to be the catalyst for a complete change in perspective.

They learned two key things from the study: Part of the challenge existed in the “liminal spaces” of the experience—the in-between steps and the navigation. And there was a pretty serious shortcoming with the editing experience, a major part of the core product that had accumulated a fair amount of technical debt.

“The engineers that had worked on the editor were extremely wary about running any experiments on it,” Lauren recalls. “They were afraid that might take down the whole application. But, based on the data we had, we were able to convince the product organization to invest in rebuilding the editor. This was a significant lift and about a six-month process. But because the growth team had done the legwork to prove out the value of improving the editing experience and could provide a solid business case, the company made the decision to invest.”

It takes a village

All the stories and insights Lauren shared include common themes of alignment, communication, and collaboration. Everything about how she has approached building, growing, and sustaining a successful growth practice is built on a solid foundation of a truly cross-functional alliance.

To hear more from Lauren on what it takes to build a strong and successful growth practice, check out her OV BUILD episode.

More from season 10 of OV BUILD

You might also like ...
Product-Led Growth
Your Guide To A PLG Org
Real talk: what the heck does a best-in-class PLG org look like? It’s one of the most frequent questions I...
by Kyle Poyar
Pricing & Positioning
The PLG Startup’s Practical Guide To Positioning
Product-led or not, companies that really nail their positioning will see better product-market fit and faster growth. For product-led companies,...
by Jenna Crane
Product-Led Growth
Your Guide To AI And PLG
Jasper’s jaw-dropping Series A $125 million fundraise—at a $1.5B valuation, seemingly out of nowhere—woke many of us up to the...
by Kyle Poyar