When and Why to Promote Your Sales Reps 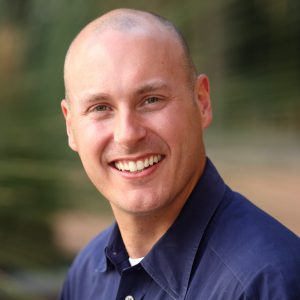 Is your star sales development representative’s next job with you or a competitor? Kevin Gaither, Vice President of Inside Sales at uSamp (an OpenView portfolio company), explains why it’s crucial to develop a sales career path for your outbound sales team.

Very few outbound prospecting or sales development reps accept their job offers, show up to work on the first day, and imagine staying in that role forever.
In fact, outbound prospectors typically view lead generation as a stepping stone to bigger and better things — whether that’s growing into a lead generation team manager role, becoming a closer, or ascending to a senior-level position. Promotion, quite simply, is on their mind from day one.
That doesn’t mean the best lead generators expect that if they deliver two quarters of impressive results, they will immediately be handed the keys to the company. But it does mean sales managers and executives need to understand the potential career paths their outbound prospectors might take, and set clear expectations that will help them get there.
That said, you also need to ensure that your promotion plan isn’t distracting sales development reps from the task at hand.
“If all your outbound prospectors care about is when they’re going to be promoted and to which position, they won’t be spending enough time on the activities you hired them for,” says Kevin Gaither, the Vice President of Inside Sales at online market research provider uSamp. “And if that’s the case, no one is going to get promoted — including you.”

How to Remove Promotion Uncertainty

Whether you choose to craft a career path for your employees with smaller, more frequent promotions or simply offer one big promotion after a longer period of time, Gaither says it’s a good idea to define when promotions could happen.
For instance, companies like Zappos have been known to offer smaller promotions every six months, while larger corporations often won’t consider promoting outbound prospectors until they’ve been on the job for at least 18 months.
The timeline you choose for your reps will depend on your business and its culture, but you want to make sure that reps aren’t in the dark about when — or how — they will be promoted.
“You don’t want them obsessing over what they have to do to get a promotion, and you certainly don’t want them constantly banging down your door begging you for one,” Gaither explains. That’s why expectation setting and open communication is so critical.”

Two Factors to Consider Before Promoting Your Sales Reps

As for the benchmarks or results that should trigger an outbound prospector’s promotion, Gaither says expansion-stage companies must consider whether the rep has:

The reps who are the most promotable possess a valuable combination of those two factors. “They’re the examples that you want the rest of your reps to follow,” Gaither says. “They’re what I call the Boy Scouts and Girl Scouts of your organization.”
At the other end of the spectrum are the reps that Gaither refers to as “organizational nightmares.” They not only go against the systems, policies, and processes you have asked them to follow, they also fail to deliver results. Not surprisingly, Gaither says that just because you have communicated a clear career path to those people doesn’t mean you should feel obligated to promote them.
“On the contrary, I’m typically inclined to fire them,” Gaither says. “I can work with reps who meet one of those two requirements — either they are hitting their goals despite not following our process, or following our process and falling just short of their goals. But I can’t work with reps that are neither.”

Tips to Navigate the Gray Area

Creating an outbound prospecting promotion plan isn’t really an exact science. In fact, there’s a lot of gray area that might play into your decision to promote a rep.
“We all have different definitions of consistency and performance,” Gaither says. “How I define a job well done might not be how you define it. And then there’s your company culture. In other words, a sales development rep might meet the basic requirements for a promotion, but do they possess the intangible, subjective things that will make them successful at the next level?”
For that reason, Gaither says companies should also consider factors like:

Ultimately, promoting outbound prospectors is very rarely cut and dry. But Gaither believes companies should — at the very least — be clear with their reps about the things they can do to put themselves in position for a promotion.
“In most cases, an outbound sales rep’s ability to control his or her own destiny should be incentive enough to do the things necessary to earn a promotion,” Gaither says. “If you set clear performance expectations, communicate the skills they need to develop, and provide feedback along the way, you won’t have to deal with a team full of reps begging for a promotion. They will know what they need to do to get there, and you will know exactly when to promote them.”

How do you determine when the time is right to promote a sales rep? Is promoting sales reps into managers always a good idea?

Kevin Gaither
VP Inside Sales
Kevin Gaither is the Vice President of Inside Sales at ZipRecruiter, enabling companies to post to multiple free job boards with a single submission. Gaither is also the President of the Los Angeles Chapter at the American Association of Inside Sales Professionals and former Host and Co-Producer at ThisWeekIn Sales.
Twitter
LinkedIn
You might also like ...
Product-Led Growth
Treating Your Data As A Product: Layering Product-Led Growth On A Tech Stack
Product-led growth (PLG) thrives on data. But as anyone who’s worked on a company's customer relationship management (CRM) tool like...
by Sam Richard
Sales
Value-Based Selling at monday.com: Solving Problems, Earning Trust, and Growing Accounts in 5 Simple Steps
When I joined monday.com nearly seven years ago, I was the 16th hire and was excited to be transitioning to...
by Aron Vuijsje
Product-Led Growth
Building Sales Teams From The Ground Up In PLG Environments
I’ve spent over two decades in sales, starting in the nascent enterprise SaaS world at an early-stage startup going through...
by John Eitel